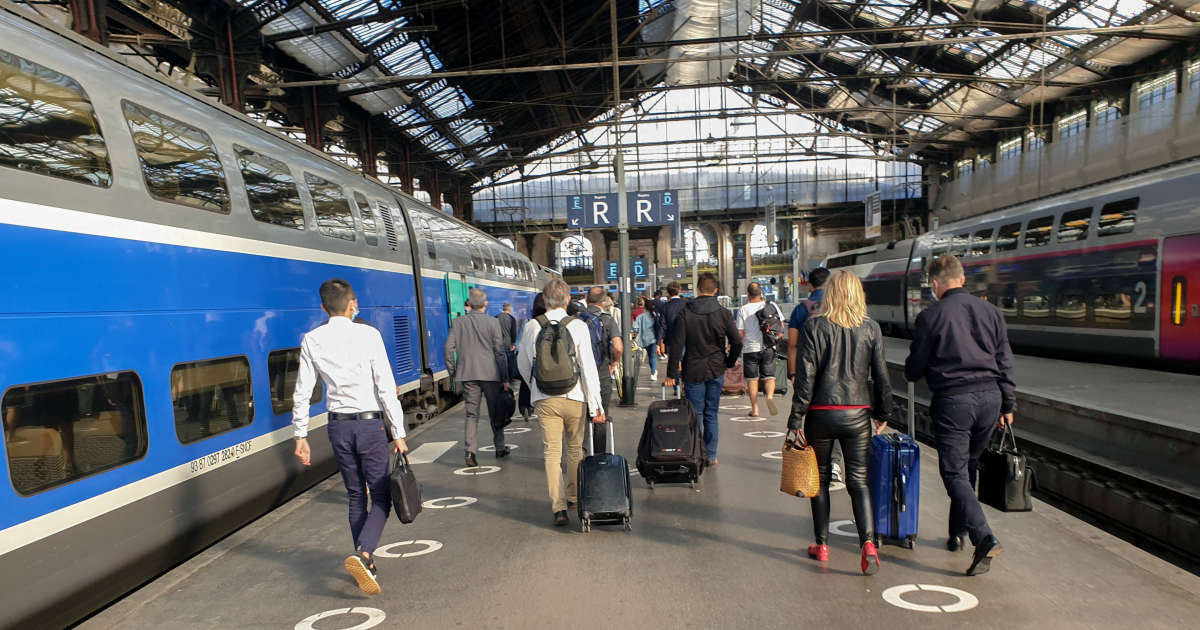 When all is well, exchanging an SNCF ticket is just a few clicks away. But it can also become an obstacle course, as the commercial practices of the railway company have become so complex. This augurs well for a complicated future for users, once the opening up of competition has become a reality.

Example with a return trip between Paris and Carpentras, via Avignon. The purchase of the initial ticket is done in a few minutes on the site of the Oui SNCF agency, a subsidiary of the group. The Yes status is different from that of SNCF agencies located in stations, or sales by telephone, also 100% SNCF.

To make a simple exchange of this ticket, three procedures are necessary: ​​as soon as the outward journey from Paris to Avignon takes place in an InOui TGV, the Avignon-Paris return aboard a “low cost” OuiGo TGV, and the Avignon-Carpentras route is provided by a regional TER train, three different commercial logics apply successively. A traveler must therefore repeat it three times to change his travel dates, although all trains are all operated by SNCF (for the moment).

And again, this TER journey only takes place in one region! Indeed, each of them is free to choose its own pricing policy. They therefore apply different reductions to holders of “Advantage” reduction cards. A 25% discount in the Grand Est and Hauts-de-France, 30% in Pays-de-la-Loire, 25 or 50%, depending on the case in Normandy, Aquitaine, Occitanie … And some of these regions (Grand Est, Région Sud, Hauts-de-France, etc.) are already preparing to open up to competition, even if it is still the SNCF that takes care of their trains.

Consequence of all these ongoing changes: the Oui SNCF site cannot sell tickets when there are more than two connections. The portal offers hotel nights, car rentals, insurance, but no longer manages to be completely effective in its core business. She does not know how to centralize all types of train journeys.

Should these developments raise concerns about an English-style scenario, a country which liberalized its rail market in the 1990s without providing for a centralized ticket reservation system? For users, the purchase of tickets had then turned into a nightmare: no one centralized anything, and several companies had to be contacted to constitute a complete journey. In France too, the market is now open to competition, even if the health crisis has so far dissuaded competitors from getting started. The proliferation of railway operators, on both main and regional lines, risks making it difficult to book tickets.

For the moment, we are far from the chaotic English landscape, however believes the Fnaut (National Federation of Associations of Transport Users). The consumer association prefers to welcome the commercial gesture of the SNCF which offers until March 7 the possibility of canceling or exchanging a ticket free of charge, until the very last moment. There were thus 700,000 free exchanges or cancellations during the Christmas holidays, according to SNCF. ” It’s something we’ve been clamoring for for years », Emphasizes Bruno Gazeau, president of Fnaut. This is of course a response to the health crisis, but not only. ” The prospect of competition also plays a role. SNCF needs to find its customers before the arrival of foreign competitors. But also in the face of the car, to which the French have turned in a period of health crisis, and which is its most threatening competitor. “

It is also to try to keep its customers that the SNCF has limited the “yield”, this commercial practice consisting in increasing the price of tickets when they are bought at the last moment. Indeed, one of the consequences of the second confinement is that 75% of tickets sold at Christmas were sold in the 14 days preceding departure. Fnaut welcomes the effort but calls for more transparency in the way prices are set in the future. ” This project is underway, and it is also a response to the opening up to competition », Continues Bruno Gazeau. ” By adjusting as closely as possible to the customer’s needs, market penetration by new players is made more difficult. “

Who will sell the competitor’s tickets?

The new players still need to be able to sell their tickets. Obviously, the SNCF has no interest in offering on its site a trip including a connection to a train operated by one of its competitors, if it also offers this trip … The sale must therefore be regulated. As in Switzerland, where ticketing is centralized, although several operators are present in the rail market. Where in Germany, where Deutsche Bahn sells train tickets operated by regional competitors, for example Transdev in Bavaria.

In France, the Competition Authority issued a decision in 2014 requiring SNCF that its tickets may be sold by competing agencies, such as Trainline, AS Voyages, Karavel or Lastminute, under the same conditions as on Oui SNCF. However, the Competition Authority announced on December 17 that SNCF had asked to reverse this commitment, arguing that the competitive situation had changed.

It is only at the regional level that ticket sales will remain unified… but at the level of each region, each remaining master in the matter. For TERs, the arrival of competition takes the form of public service delegations. Thus, there will not be several companies competing on a Cannes-Grasse route: the South region has opened a call for tenders and will select the railway company offering the best service at the best price. ” We will reveal our choice in September or October 2021 », Explains Philippe Tabarot (Les Républicains), responsible for the file at the regional council of the South Region. “Our goal is for the new operator to be able to operate on the network from December 2024. According to him, the prospect of competition is already showing beneficial effects. ” The quality of TER service was catastrophic in terms of train regularity, but it has improved significantly. “ At the same time, the region has set up its own commercial policy, with its own Zou subscription card, and intends to develop its own ticketing system. It will make it possible to book trips on all trains and coaches in the region, regardless of the operator. However, it is not guaranteed, at this stage, that the regional reservation system can be linked to that of mainline trains. Users were able to notice this this fall during the tests carried out by the SNCF: it was sometimes impossible to buy a ticket combining main line and TER while benefiting from the SNCF reduction cards: only the purchase at full price was possible on the Oui SNCF site! The unification of ticketing and pricing conditions is, unfortunately, not for tomorrow.