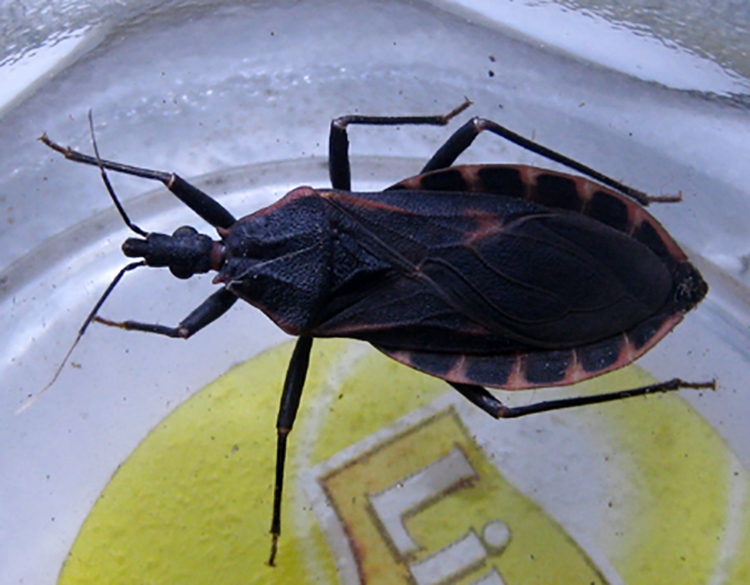 In the middle of the night, seeing her son complaining of pain, Huong checked and found that the boy’s hand was swollen and blistered as if he had been bitten by something.

Turning on the light and looking around, the 38-year-old mother, living in Hai Ba Trung district, Hanoi saw a bug-like animal on the floor. Ms. Huong looked it up online and found out that it was a blood-sucking bug, so she was hospitalized for monitoring.

Last summer, Ms. Thu Mai, who lived in an apartment building in Nam Tu Liem district, Hanoi, was bitten by blood-sucking bugs. “The swelling is as big as a guava, and it itches like hundreds of other insects sting,” the 30-year-old woman said. Last May, she saw this insect called “the kiss of death” appear in the house.

“My family is worried about whether there are any bloodsucking bugs nesting in the house. How to find and catch them?”, Mai said.

According to GS. Dr. Truong Xuan Lam, Institute of Ecology and Biological Resources, Vietnam Academy of Science and Technology, since 1979 has recorded the presence of blood-sucking bugs in Vietnam.

The most active time of this species is from June to August. Hosts are vertebrates such as mice, chickens, cows, dogs, cats, birds and even humans. The nest of blood-sucking bugs is formed where there is a lot of wood (long, wide bars), building materials…

According to experts, blood-sucking bugs most often attack the arms, legs, shoulders, nape and back of the host. The stings are usually red, larger than the mosquito bite, or dark in color connected in the area of ​​the bite. Depending on the location of each person, only a few days after the sting will heal. But people who are sensitive to insects, the sting can be large, swollen, and cause fever.

“It is worth noting that itching in the stings with a diameter of 5-10 mm is the main cause of swelling, extensive edema, festering and fever. There have also been some cases of heart failure. pulse but rare,” said Mr. Lam.

According to Mr. Lam, to prevent blood-sucking bugs at home, you need to pay attention to the following things:

Clean and check the sleeping place regularly. The house should have less furniture, ventilation, and cleanliness. Whether winter or summer, you should dry the mattress, clean the bed slot regularly to avoid moisture. If blood-sucking bugs are found in the home, the entire home must be inspected.

During the breeding season or when food is needed, blood-sucking bugs follow the lights and enter the house. Spaces containing rotting wood and building materials should be cleaned, inspected, relocated or destroyed, especially if these spaces are inhabited by rats.

When detecting in the house there are one or several individuals of blood-sucking bugs, they should find a way to destroy them manually. At night, use a small, high-light flashlight to look through the crevices in bed ladders, bed rails, the back of mattresses, and the crevices of furniture near the bed to catch adult bugs, juveniles and eggs. Use nylon (or rubber) gloves and clamps, tweezers… to catch, do not use bare hands. Homeowners should use a paint brush or a broom to capture young or eggs.

Do not use indoor sprays or bed sprays to kill blood-sucking bugs. The research results show that the behavior of this animal lives deep in the crevices. Therefore, spraying on the surface of indoor furniture is very difficult to kill blood-sucking bugs. Concentrated spray methods with high doses and concentrations can kill young and adults but will heavily contaminate the entire living space, especially the bed where the human body is in direct contact.