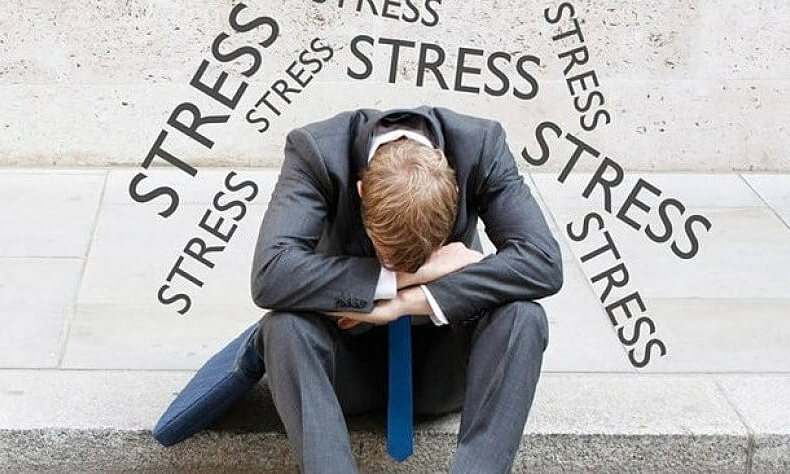 Every morning, Duc Tien can only get out of bed after 5 alarms. His busy life due to the pursuit of success made him often sleep deprived.

Tien, 27, an employee of a construction business in Hanoi, starts his workday at 7 am and leaves the company at 8 pm. After dinner, taking a shower, he worked overtime at his computer until nearly 3 am.

Tien got married last year, has a three-month-old baby. He set a goal to have a house, a car and give his wife and children a full life. In addition to work at the company, Tien takes advantage of all his time to work overtime, so his income is sometimes up to 40 million dong, even though the salary at the company is only 10 million dong.

“Today, money is a measure of success. If you don’t make efforts from a young age, when will you have money,” he said.

Duc Tien is not special. In 2017, research by the Social Life Institute found that 59% of young people said they were worried about finances, 55% worried about building a career. In 2020, a study by the Institute for Social Development Studies (ISDS) showed that 80% of Vietnamese men feel financial pressure, 70% are not satisfied with their work.

In the past, young people chose jobs for special purposes, responsibility or work meaning. Today, their top criteria are income and hours worked. Research groups have found that the pressure to make money and build a career tends to decrease with age, but increases with education level and working time.

Assoc. Whether a person is talented or not, rich or not depends on the individual’s efforts or not, not on the social structure. It is with this concept that individuals are dragged into the vortex of “giving up personal freedom” to labor and employment through a livelihood.

The trend of consumer culture, the market mechanism has formed a way of life that upholds the value of money (money), making finance a measure of success.

“In that context, young people get caught up in the vortex of having to strive and make every effort to earn money, leading to tremendous pressure,” explained Mr. Loc.

Duc Tien admitted that he was caught in a vortex that he could not get out of. The better the income, the more expenses he needs for family activities, forcing Tien to “plow and hoe” a lot. “If I don’t have 3-4 projects in a month to increase my income, I’m restless. If I have a project, I will lose sleep constantly, holding the computer for 18-20 hours a day,” he said.

Education expert Dr. Vu Thu Huong (Hanoi) said that the pressure to succeed with young people today is greater than before, because they are “born at the finish line”. Generations 7X and 8X were born in wartime or subsidized poverty, so they had similar starting points. Meanwhile, Gen Z is required to achieve more than others. “In today’s society, the country has stabilized and developed, it’s not easy to create achievements. Therefore, they struggle in the middle of life, not knowing what to do,” Ms. Huong said.

Thuy Quynh, 23 years old, in Hai Ba Trung, Hanoi spent a year struggling and then admitted she was incompetent. “My parents see me as a defective product of the family,” she said. Her grandparents and parents are both experts in the medical field. Her brother also just passed the boarding school of Hanoi Medical University, while Quynh has always studied at an average level.

She struggled to pass the entrance exam to a middle-class university in the disappointment of her parents. After graduating from school, Quynh applied everywhere and still did not get the desired income. Being criticized by the whole family, exhausted by unsuccessful efforts, Quynh gave up and stayed at home for half a month now.

The family pressures on Thuy Quynh, according to Ms. Vu Thu Huong, because today’s Vietnamese society has formed a culture of comparison, each individual always wants to win a certain position. Education in the past promoted the ideal of life, calling on young people to “help build the country”, “enrich the homeland” … sounds cliché, but it has real values ​​that are always placed for young people ask “what am I born to do? What can I do”.

Most young people today are no longer taught about the ideal of life, so when they are asked to achieve, like Thuy Quynh, they don’t know what to do.

Duc Tien admits that he only sees work as a tool to earn money to support his family, to help his wife and children be happy. “Completing the assigned task is to contribute to society,” he explained. Tien said that if only “doing to dedicate”, the family economy will not improve.

His hometown is more than 100 km from Hanoi, but Duc Tien only returns to his hometown about twice a year. Important occasions such as wedding relatives, grandfather’s death anniversary… he could not return because he was busy. Instead of being present, he sent congratulatory money and gifts. Tien does not travel, refuses to meet friends, only two destinations are home and company.

Tien’s wife once asked her husband “what is the meaning of money when the children do not have a moment with their father, and the husband and wife rarely have dinner together”. She also advised him to take time to rest and exercise so as not to “make a face and use that money to buy medicine”. Tien promised to consider it, but thinking about the goal of having a house and a car, he was caught up in it again, unable to get out.

According to Associate Professor Loc, young people are busy making money, so they will be afraid to get married or have children. Nguyen Thi Thuong, 32 years old, from Ho Chi Minh City, is one of them. She has a main income of about 20 million dong, income from overtime is also more than 15 million dong. Every day, Thuong works from 7am to midnight.

“My career is on the rise, I don’t want to miss out,” she said. Also because of work, she has no time to love, has no intention of getting married. “In the past, people had the mentality to have children to ask for their children. Now a lot of services take care of the elderly who live alone, as long as they have money they can do it all,” she said.

Duc Tien’s wife also announced to her husband that she did not want to have a second child.

The pressure to succeed causes young people to fall into a serious mental crisis. The study “Masculinity and masculinity in Vietnam in the context of globalization” showed that, when weighed down by things like financial pressure and career, nearly 3% of the men surveyed had the intention to commit suicide. death. This rate is 5.4% (the highest) in the 18-29 age group.

According to Dr. Vu Thu Huong, teaching young people about life’s ideals and life goals is extremely important. “Parents should not ask their children to stand in any position but should ask their children what they want to contribute to this country. When they have direction, they will know how to choose a goal. Even small, like changing the sense of throw away. The garbage of a cluster of residents, helping the disadvantaged people to suffer less, is also called a success,” she analyzed.

Parents should also create conditions for their children to experience more. When experienced, young people will understand that there are many types of life in the world and money is not the only thing that makes success. The important thing is that people know what kind of life to choose to be happy and joyful.

Although his relatives advised him and his wife encouraged him, Duc Tien still could not get out of the whirlpool of work. Every morning, the alarm bell is still an obsession not only for him, but also for his startled wife and child.

The name of the character in the article has been changed.