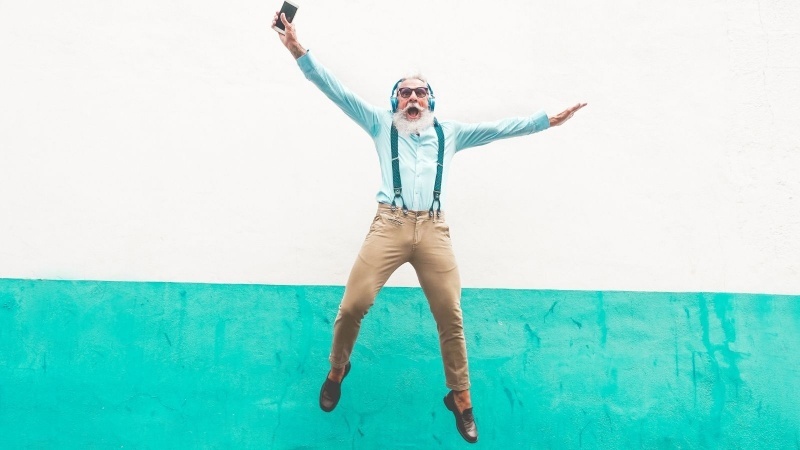 In some industries, older workers are easily underestimated for reasons such as lack of technology proficiency, boredom, poor health… but these are false stereotypes.

Don’t know how to use technology

Over the past time, major social networks such as Instagram, TikTok … constantly appear older stars. For example, Joan MacDonald, 75, has 1.4 million followers on Instagram. She works with Women’s Best, a sportswear and dietary supplement company, and even has her own fitness app.

Statistics show that the number of middle-aged people knowledgeable about technology and communication is increasing. A survey by MediaKik brand communication consulting company in California, USA shows that influencers in middle age have significantly increased popularity on Instagram. The top ten Instagamers with the highest number of Followers have increased their followers by 24% since September 2017.

According to a 2019 survey by the Association of American Retirees (AARP), most people age 50 and older use technology to stay connected with friends and family. A report by software firm Freshbook shows that 58% of workers 65 and older are easily up to speed and familiar with emerging core technologies, in their respective industries.

A Dropbox poll of more than 4,000 IT workers found that employees 55 and older use the same technologies and tools as their 18- to 34-year-old peers with equal proficiency.

Not excited to be an employee

The Cogito study on adult perception, published in the US National Library of Medicine in 2010 shows that older workers are very excited to join the labor market. They also complete their jobs well, even working in a more stable manner than younger workers. They also have fewer vacation/sick days.

A career advice website, middle-aged candidates when looking for a job should emphasize the number of years of experience, so that they can have a better salary.

This is true to some extent, but not all. According to data published in the journal Nature Human Behavior, executive inhibition (the ability to focus and use reason to make effective decisions) and orientation (perception of time, place, and location) score and self) actually gets better with age.

The decline in these two functions is often thought to go hand in hand with aging. However, if middle-aged people have the right way to take care of their health, exercise and work properly, things will be different.

According to a Mayo Clinic report, following a plant-based diet that limits red meat, saturated fat and sweets can significantly reduce the risk of dementia in old age. In addition, research published in the British medical journal BMJ indicates that people who work with mental stimulation (architects, musicians, doctors, lawyers, etc.) will be at risk. have lower cognitive impairment.

Research conducted by a team of researchers at Humboldt State University (USA) confirms that older adults who regularly participate in high aerobic activities such as cycling can maintain their fitness and endurance as they age, compared with sedentary people.

Thuy Linh (According to Ladders)