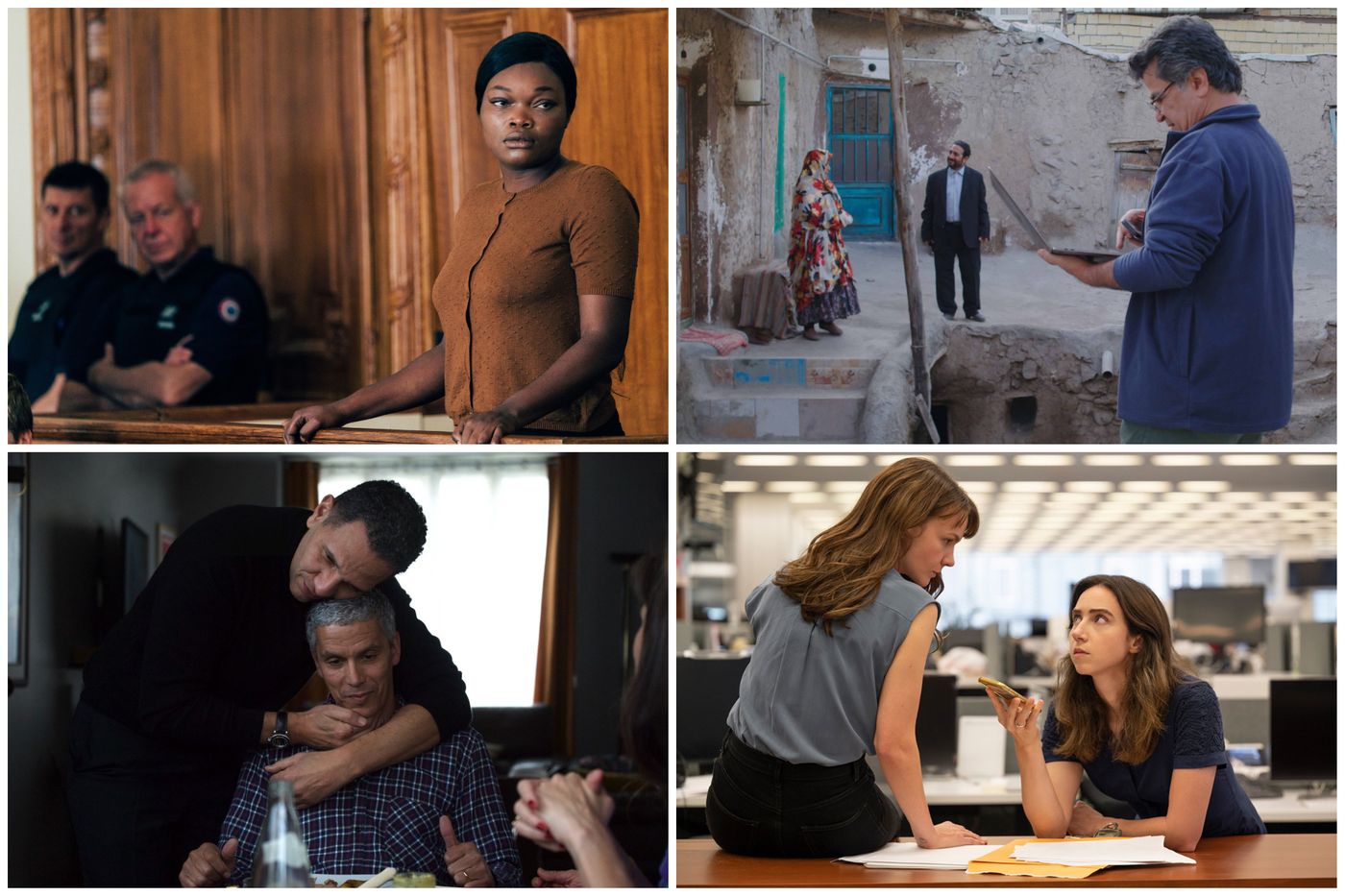 In a moving film, director Alice Diop reconstructs the trial of a young infanticide mother, inspired by the conviction of Fabienne Kabou to fifteen years in prison for having drowned her child on a beach in Berck-sur-Mer in 2013.

Through a powerful and committed narrative, the story of Laurence Coly, fictional heroine, and that of Rama, a brilliant academic who came to attend the trial, questions us about the relationship to the mother, the wound of emigration and the violence of society that has long made black women invisible.

» READ THE REVIEW. “Saint Omer”, the depths of infanticide

» READ THE PORTRAIT. Alice Diop, a cinema that mixes the intimate and the political

Under a six-year prison sentence since 2010, Iranian director Jafar Panahi was imprisoned on July 11. A few months earlier, he was shooting No bears in hiding.

Jafar Panahi portrays himself in the process of remotely directing a film crew in Turkey, from a village on the border. Difficult working conditions, the painful question of exile, widespread suspicion in a country still marked by the weight of traditions… With verve and humour, despite the darkness of the subject, the director signs a new act of resistance.

» READ THE REVIEW. “No bear”, the new act of resistance of Jafar Panahi

In the family imagined by Roschdy Zem, there is on one side Moussa, soft and erased, and on the other Ryad, the flamboyant eldest. The fragile relationship that unites them will be broken the day the first, victim of a head trauma, loses all inhibition. The nice brother will then debit their four truths to his relatives.

In this pretty choral film, where Roschdy Zem strips naked like never before, tenderness dominates. Inspired by the director’s own story and that of his brother, Mine evokes with great sensitivity the strength of fraternal bonds.

» READ THE REVIEW. “Mine”, Roschdy Zem and his family

Adapted from the book by Jodi Kontor and Megan Twohey published in 2019, She said reconstructs the investigative work of the two journalists from the New York Times on the Harvey Weinstein case. The story focuses on the progress of the investigation, from the refusal to speak of these abused women to the reasons why they end up accepting.

Classic, the staging of Maria Schneider clearly delivers a documented and sensitive account of a case with international implications. Following the publication of the survey in the New York Times on October 5, 2017, several dozen women publicly revealed Weinstein’s rape, sexual assault and harassment, endorsing the #MeToo movement.

» READ THE REVIEW. “She Said”, in the footsteps of Harvey Weinstein