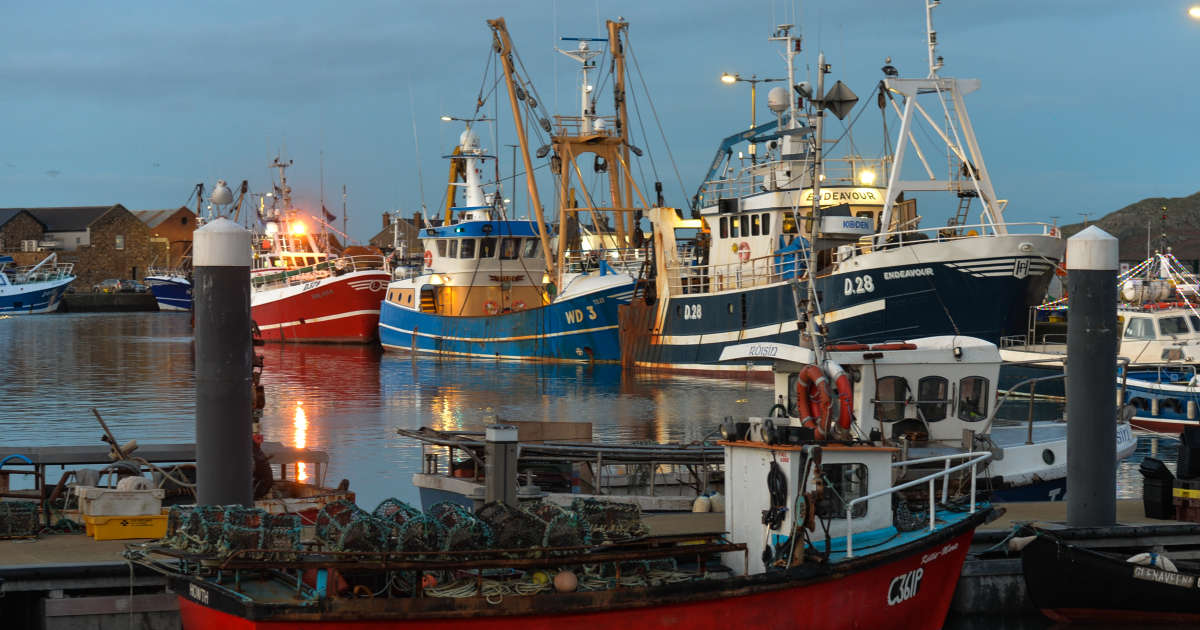 With only eleven days of the final rupture, the United Kingdom and the European Union remain engaged in a test of strength on the fishing blocking any prospect of a post-Brexit agreement.

These interminable negotiations are continuing as the coronavirus pandemic monopolizes the attention of the British: the government has just announced the re-containment of London and the south-east of England in an attempt to curb a surge in contamination attributed to a new strain. ” I am sure that an agreement can be reached, but obviously the EU has to make things happen ”UK Health Minister Matt Hancock said on Sky News on Sunday.

“The EU has unfortunately made unreasonable demands. “

At the end of a new day of discussions in Brussels focused on fishing, a British source had already demanded on Saturday evening a “Substantial change” European positions in the coming days, otherwise an agreement will remain impossible.

With Brexit, the ham and cheese sandwich is over when you arrive in the European Union

Risk of “no deal”

A compromise must be found before the UK – which officially left the EU on January 31 – leaves the European single market and customs union on December 31 at 11 p.m. Otherwise, trade between the EU and London will be carried out according to the rules of the World Trade Organization (WTO), synonymous with customs duties and quotas, with serious consequences for economies already shaken by the pandemic. .

To the pressure of the calendar is added for the Europeans that of their parliament: the MEPs demand a text before “Sunday midnight” to be able to examine and ratify it so that it comes into force on January 1.

Faced with the risk of “No deal”, with its heavy economic consequences, this deadline is however likely to be exceeded, like many others in the saga of Brexit. An agreement reached in extremis could enter into force provisionally, an option which seems to be favored by the member states, with a posteriori ratification by the European Parliament.

The French Secretary of State for European Affairs, Clément Beaune, did not rule out a continuation of talks on Saturday after the weekend.

The Europeans have conditioned access without customs duty or quota to their immense market to the settlement of the fishing issue. A stake far from being negligible for the British, since the EU is their main trading partner. For several Member States, France and the Netherlands in the lead, fishing has a strong political and social dimension despite its low economic weight.

On the other side of the Channel, the water control symbolizes a British sovereignty regained thanks to Brexit. Negotiations focus on sharing the roughly 650 million euros caught each year by the EU in British waters and the length of the adjustment period for European fishermen. For the British, fishery products in European waters represent around 110 million euros.

Brussels would propose to give up around 20% of the 650 million after a transition period of seven years, London claiming 60% over a period of 3 years, according to European sources.

“The EU has made it clear this weekend that it is ready to compromise”, said a European diplomat on Sunday. “But it will not agree to put its fishermen in a situation of structural bankruptcy”, he adds.

“The narrow path to an agreement has now become a single path. “

On the other two difficult subjects – the way of settling disputes and measures to protect against any unfair competition – positions have however come closer this last week.

Europeans are calling for guarantees in London to protect their huge market from a deregulated British economy that no longer meets their environmental, social or fiscal standards or in terms of state aid.