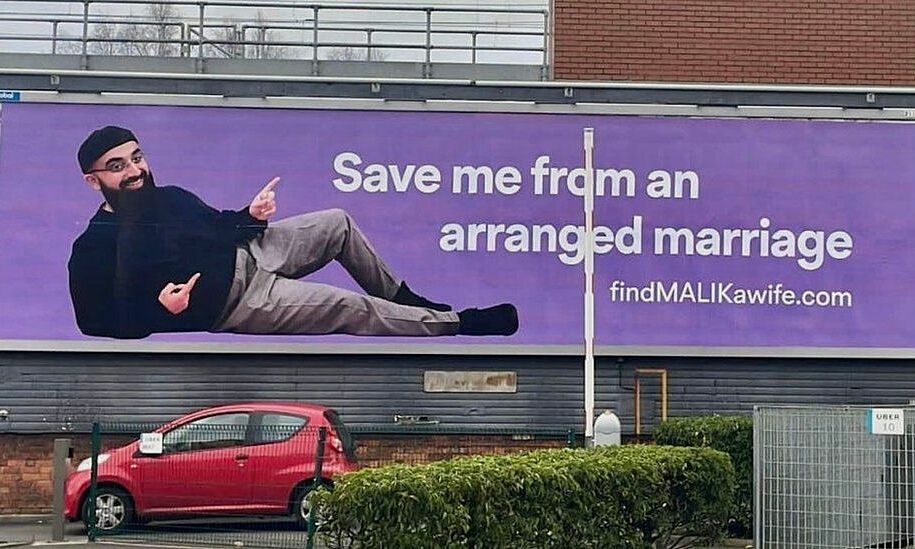 BrotherNot wanting an arranged marriage, Muhammad Malik advertised himself with large billboards in three cities in London, Birmingham and Manchester to find a wife.

In recent days, signs with the words “Save me from an arranged marriage” appear dotted on the streets of England. There is also a website on the sign so future wives can contact Malik and learn more about him.

At the website, Muhammad Malik said he was 29 years old, living in London. He is a businessman, a Muslim. Malik’s criteria for choosing a girlfriend is “character and faith”. “I’m completely serious about advertising myself,” he insisted. Malik also said that he is an only child, so he is responsible for taking care of his parents. If the girl accepts this, the relationship will have a future.

Since promoting himself last weekend, Malik has received more than 1,000 messages expressing interest. However, because of his busy schedule, he still couldn’t watch it all. In addition to acquaintances, the sign also connects him with old relationships. Teachers at the high school contacted Malik, making Malik very surprised.

Before advertising to find a wife, Malik tried several different ways but to no avail. The idea of ​​​​posting a billboard was suggested by some marketing friends. He said he did this not to oppose the tradition of arranged marriage in Muslim culture. “I just wanted to try and find my other half before I needed an arranged marriage,” he said.

The signs will be on display until January 14. Malik hopes that by then he will also find the right person. “It could be a practical girl to balance my creative, adventurous personality,” he expressed.