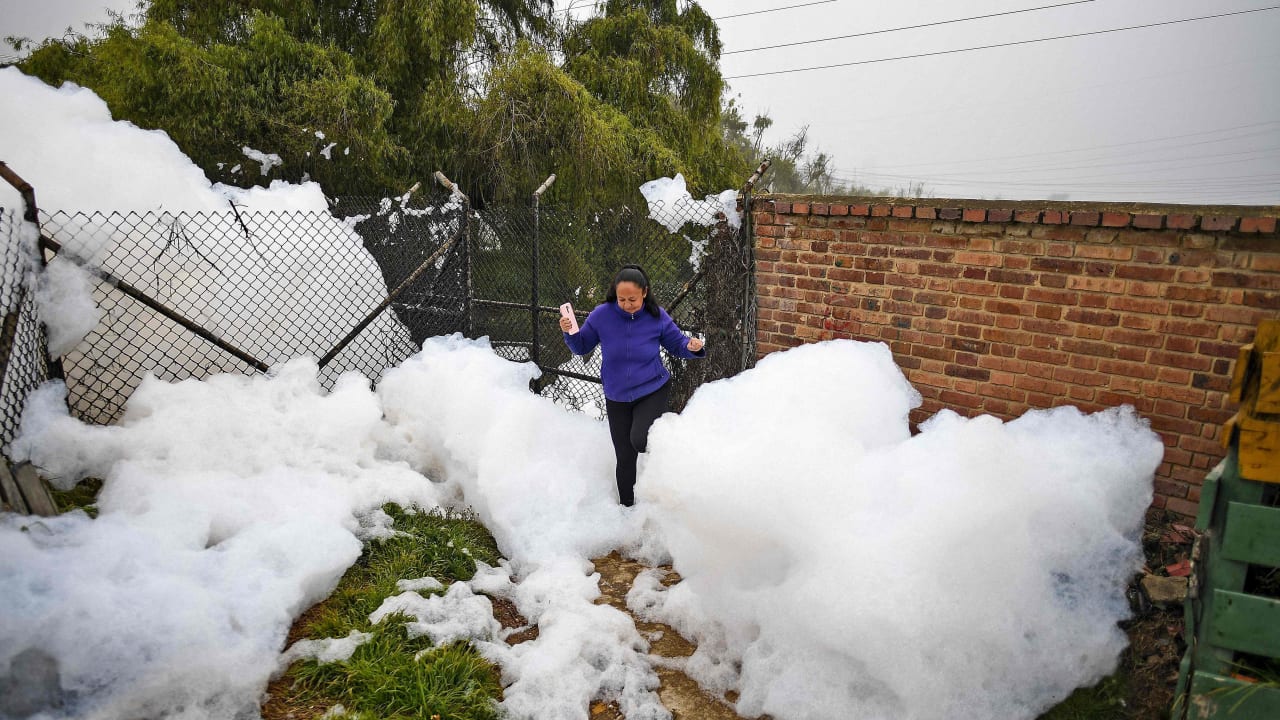 Not only is that yuk, it’s toxic too!

Huge layers of foam from a polluted river have reached residential areas and their residents in the Colombian city of Mosquera.

The environmental authority of the Cundinamarca department, which includes the capital Bogotá and Mosquera, around 20 kilometers away, attributed the foam to large quantities of cleaning agents and other chemical substances in a statement on Thursday. She urged households and industry to avoid excessive use of these agents and substances.

The wind partially blew the polluted and stinking foam through the streets. The heavy rain caused the polluted water to move more and the foam was formed, said Edwin García, director of the environmental agency’s laboratory, according to the statement. April has been the rainy season for much of Colombia.

The phenomenon is not entirely new for the residents of Mosquera, the city administration said in a statement. But the foam in the area had never been found in these quantities. The city administration and the environmental authority have taken measures to mitigate the effects. The authority also pointed out that it had built the water treatment plant, which went into operation in Mosquera in 2020.