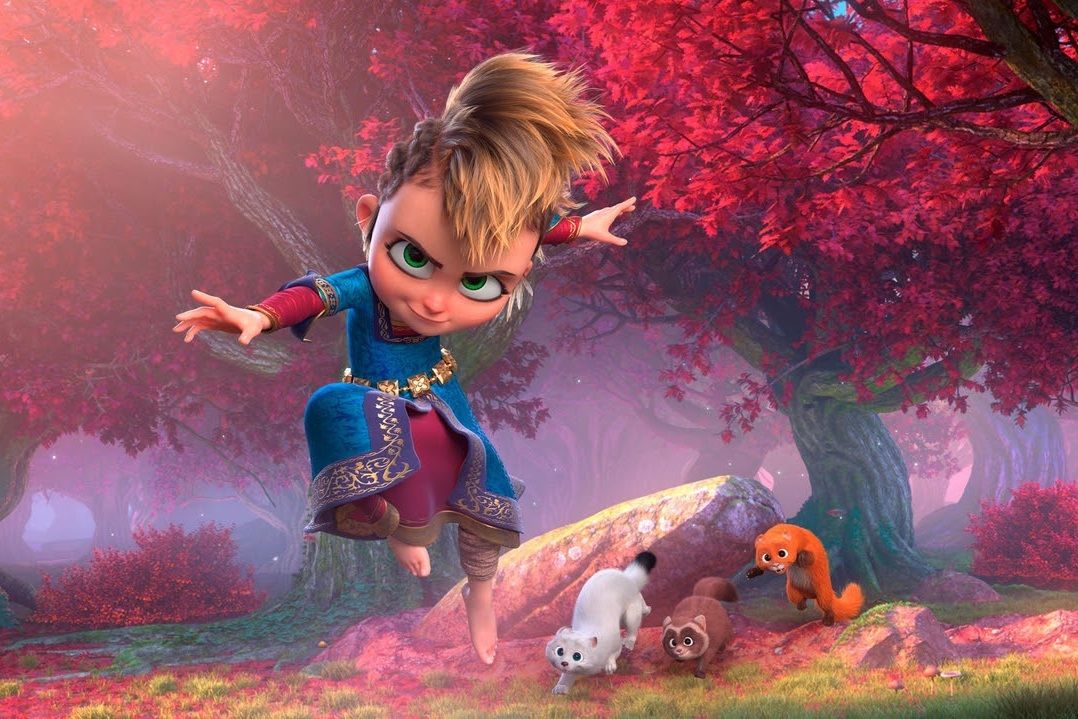 To well-born souls, value does not await the number of years. This could be the profession of faith of Pil, the new heroine of TAT Productions, but also that of this Toulouse studio which, since its creation in the year 2000, has bet on animated productions in synthetic images (3D) capable of compete with those across the Atlantic.

→ READ. “Around the world in 80 days”, a versatile adaptation

After the vitamin-enriched feature-length adaptation of their successful series Aces of the jungle(exported to 200 countries, dubbed in 40 languages), followed by a pleasant interplanetary adventure, Terra willy (2019), producers David Alaux, Éric and Jean-François Tosti return to hunt on more familiar lands: Occitanie.

In the medieval city of Roc-en-Brume, crossing between Rocamadour and Saint Cirq-Lapopie, the inhabitants live under the yoke of the sinister regent Tristain who dreams of getting rid of the heir to the throne. To survive, Pil, a mischievous and resourceful young orphan, lives by pilfering in the city halls and in the kitchens of the castle, where she slips disguised as a princess.

It is thus dressed that she undertakes to discover the treasure of the kingdom, in the company of a valiant but credulous guard, of a ventriloquist but gently schizophrenic troubadour and of a stupid prince transformed into a chimera, the body of a cat and the head of a chicken…

The epic lacks breath, but not the characters

In the manner of Shrek, this pastiche of medieval fantasy borrows its characters from the figures of the tale by reversing the roles. The princess is not one and it is she who must save the prince (without falling in love with him); the witch is an independent woman unjustly ostracized from society; finally, unicorns are not (at all) the nice creatures that we think …

Alas, the scenario aligns in a way a little too linear the tests of an epic which misses of breath. But the characters, especially secondary ones, are eminently endearing and tasty, starting with Rigolin the timid jester and his Master Crapulo sock, a puppet whose stripping humor hits the mark against the privileges of the nobles. He is also the despair of his troop of minstrels led by a double of Francis Cabrel (accent included).

It is by cultivating its local roots that this production “made in Hollywood-sur-Garonne”is the most original and the most successful. In this respect, the decorations are a real delight, between brightly colored vineyards and chiaroscuro forests, majestic Cathar castles and narrow cobbled streets. ” Oh coucarel, how beautiful! », As they say in Toulouse …