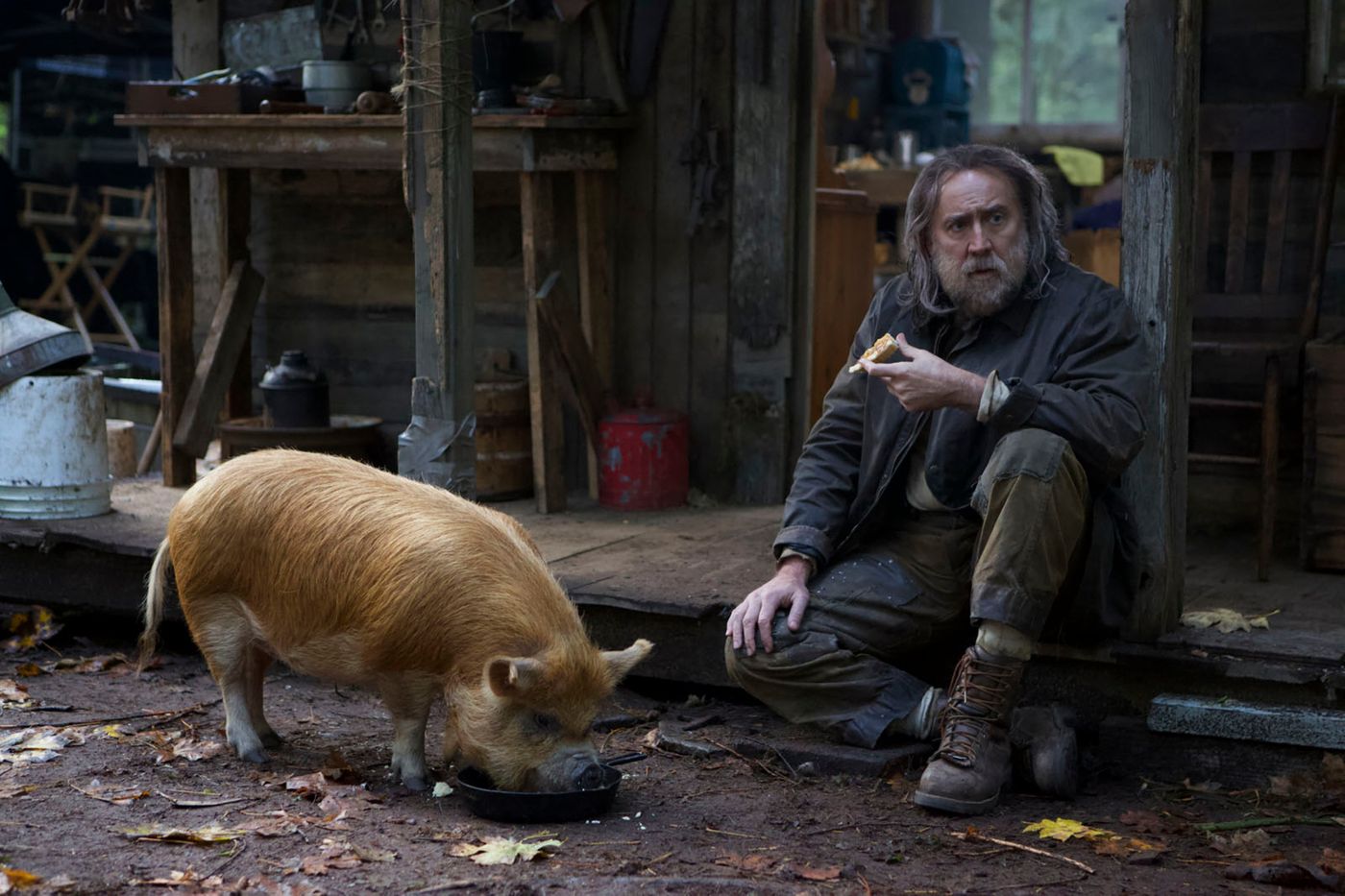 Rob is a modern hermit. He lives away from the world, in a cabin in the middle of the Oregon forest, and has for only company a sow with whom he has established an accomplice camaraderie. She unearths in the humid humus the truffles which she cooks with refinement despite a summary installation.

→ READ ALSO. “The Wolf People”, an Irish ode to nature

The only concession to life in society, he sells part of his harvest to Amir, a young supplier who works for the best restaurants in Portland. But one night, Rob is violently assaulted at his home. When he regains consciousness in the early morning, his sow has disappeared. From then on, he comes out of his den to find her.

If we can initially believe in a revenge film, Michael Sarnoski takes the more singular path of intimate drama. He uproots his hermit from the dark and rainy forests to plunge him with Amir in a Portland, from the slums to the most prestigious restaurants, which he fled a few decades earlier.

Their search leads them to the young man’s father, Darius, also a truffle broker whose methods are not embarrassed by legality and who is exasperated by his son’s competition. By them, Pig delivers a fascinating look at the heavy loyalties of father-son relationships.

With his debut in impenetrable woods and the return to the light of a once recognized man, Pig has the airs of a dark and poetic tale. Far from disconcerting, his improbabilities add to a marvelous lack of sentimentality.

Unrecognizable as a hairy, hairy hermit, Nicolas Cage, more charismatic than ever, gives strength to Rob’s silent determination. Throughout this urban immersion in a world of appearances and pretenses but also in the shattered psyche of Rob, the latter never forgets the goal of his touching quest that the film elegantly resolves.