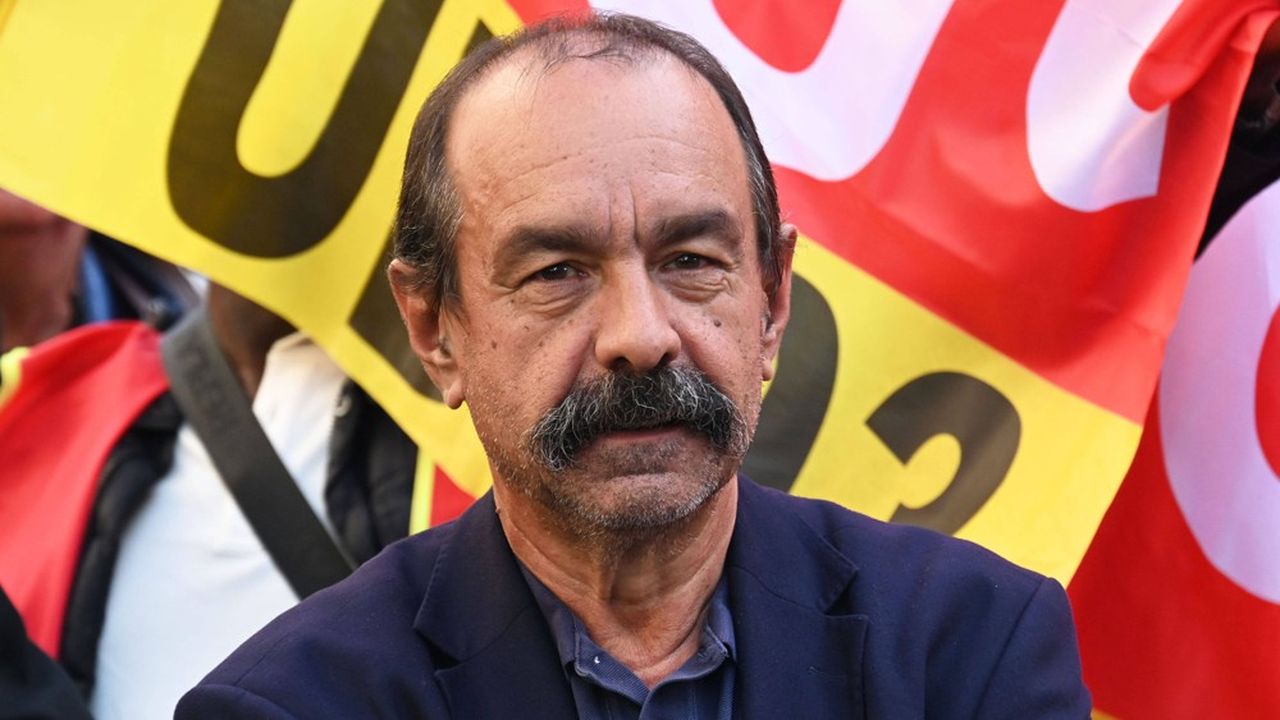 The climate remains tense at the CGT, but its secretary general, Philippe Martinez, manages to contain the revolt. The national confederal committee (CCN) of the central composed of the number one of the departmental federations and unions examined on Wednesday the list of candidates for the leadership of the union, which will be appointed at its next congress, at the end of March.

As provided for in the agenda, the discussion within the “Parliament” of the plant focused on the list of 60 names selected from nearly 110 candidates to constitute the future executive committee of the plant (EC). But it also focused on the designation by Philippe Martinez, on the departure, of the teacher Marie Buisson to succeed him at the head of the CGT.

Many voices – just over 40% of the interventions – were raised to criticize the terms of the choices of both the EC and the future number one. Among the ultras, of course, Bouches-du-Rhône, Val-de-Marne and Chemistry were not selected for the EC. But also among the largest federations – such as public services, health or even energy – and a dozen departmental unions. No one, however, responded to the questioning of the number one of the Federation of Metallurgy, Frédéric Sanchez, when he asked if there were alternative candidacies to that presented by Philippe Martinez.

Marie Buisson, she continued to remain in the shadow of the outgoing secretary general of the CGT. It was he who went to the front to respond to criticism. “In internal tactics, he has always been excellent”, underlines a CGT. This is also what allowed him to rise to the position of number one of the CGT in 2015 after the resignation of Thierry Le Paon against the backdrop of a financial scandal. The leader of the CGT has once again demonstrated his skill. Reaffirming that he remained the master of the clocks, he did not yield an inch of ground.

Raising the specter of a succession crisis like the one that had shaken the CGT when Bernard Thibault left ten years ago, he refused to engage in discussions on the conditions and criteria for appointing the next secretary general. Only one – limited – concession was made: the announcement of the possibility of opening the EC list to a few additional candidates. But nothing says that the changes will be known for the next CCN, scheduled for the end of January. They may not be revealed until the time of the congress.

Wednesday’s meeting will in any case have confirmed two things. The first is that the trade union organization today is deeply divided. The second is that for the moment, Philippe Martinez can count on many departmental unions, historically more legitimist than the federations – and more dependent on the confederation.

Can this be enough to install its successor by a standoff knowing that only 35% of the 130 or so organizations of the CGT spoke on Wednesday? In the current state of things, in the event of a vote by mandate, that is to say according to the number of members, Marie Buisson is not sure of winning and there is a certain risk, if she wins , that it is then put in difficulty.

The candidate of Philippe Martinez has not yet made the rounds of the organizations of the central and has not leaked anything on the team of the confederal office which she wants to surround herself with to lead. But it is clear that to win, it will have to gather before the congress, so get out of the shadow of Philippe Martinez. He has four months left for that.

Tuesday, at the CCN, she for the first time left her hat as a teacher representative to speak about the social situation, pleading in substance to make the link between the CGT campaign on salaries and the pension reform, according to a participant. She also insisted on the fact that the inter-union which exists on this file is a point of support to be preserved, according to the same source.