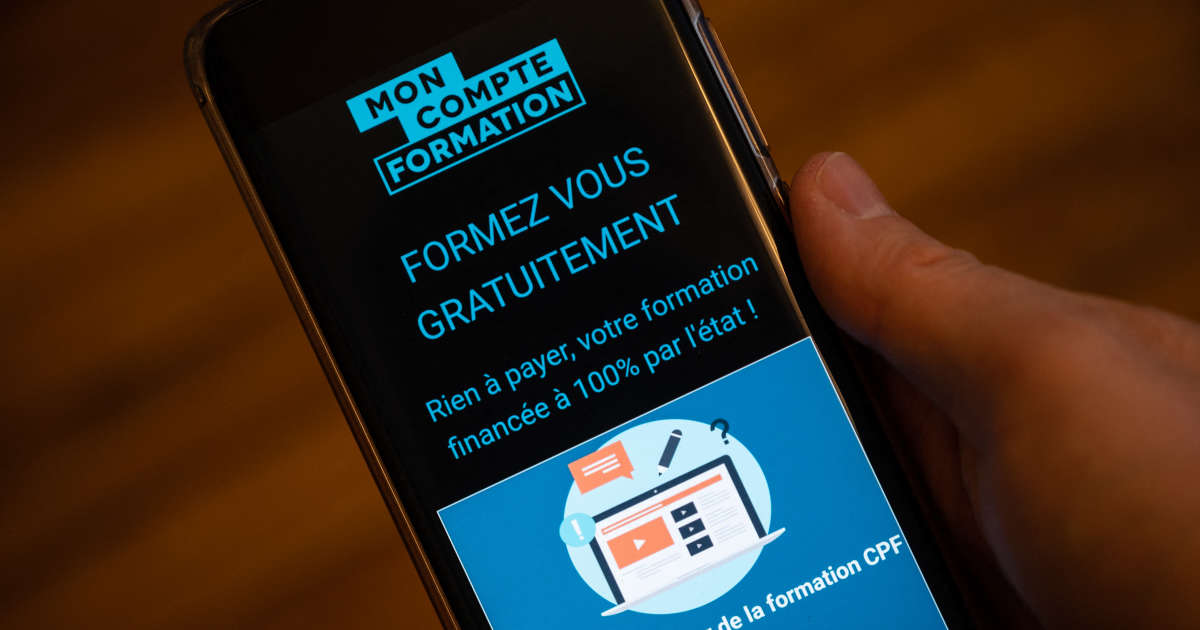 “We will probably close at the beginning of next week” the possibility offered to workers to transfer their individual rights to training (DIF) to their personal training account (CPF), said the director of social policies of the Caisse des Dépôts, Michel Yahiel, this Friday, July 2.

The employees theoretically had until June 30 to make this transfer; but faced with the influx of requests and the bugs observed by some users, the government has decided to be flexible, while allowing everyone to access the service.

“It’s a matter of a few days, and we will probably close at the beginning of next week, once we are sure that we absorb all the requests made to us”, assured Michel Yahiel during a press breakfast organized by the Association of Social Information Journalists (Ajis).

Why the personal training account (CPF) is a revolution

“The campaign will be closed in the course of next week, without drama, without difficulties, without particular losses […]. We put water on the fan and now everything is fine ”, he insisted.

Among these many connections, some specifically concerned the DIF, others the CPF, while employees have been assaulted in recent weeks by calls or SMS from organizations encouraging them to consume their CPF before June 30.

“Yesterday (Thursday) we had 86,000 requests concerning the DIF, a million connections of which 920,000 were to concern the CPF”, said Michel Yahiel. On June 29 there were 10,000 training purchases via the CPF, while the record was previously 7,000.

The eight commandments for choosing the right continuing education

Asked about fraud at the CPF, Michel Yahiel said that around 10,000 accounts had been affected out of 38 million, for an amount of approximately “10 to 12 million euros”. Some 80 administrative actions have been initiated, around twenty having so far given rise to either administrative or criminal litigation.

“When someone calls you and says the word CPF, the first reaction to have is to hang up”, smiled Michel Yahiel.

According to the Ministry of Labor, more than 7 million DIF meters have been transferred since 2015 (when the CPF took over from the DIF). For public officials, the transfer is automatic.

CPF, instructions for use

What if the training I am targeting costs more than what I have in my account?

If you are an employee, you will find on the application a link to request a “voluntary endowment from your company”. If you are a job seeker, you can directly request a contribution from your regional council … and from Pôle Emploi. Normally, if all goes well, your advisor will get back to you within five days! And if not, you click on the Pay Online button to pay the difference. Extremely simple!

What if my employer refuses me to take the training I have chosen?

Continuing education: when the time comes for retraining

I want to do a long certification course, what are my rights?

This is a professional transition project (PTP, ex-CIF), which will allow you to progress or retrain, and you must obtain the agreement of your employer to be absent. The latter can refuse for the first time but you will be able to present your request to him nine months later and he will no longer be able to prohibit you. It is then up to you to have your PTP financed either by Transitions pro (ex-Fongecif), or by the skills development plan of your company.

If my CPF counter is at zero?

If you are an employee, be patient … Your meter is recharged each year at a rate of 500 euros per year, up to a total limit of 5,000 euros. If you are unemployed, you can still apply for Pôle emploi (this is new!) And request funding for training via the My training account app. Answer within fifteen days.

What to do with the remaining DIF hours?

Good news: the deadline for transferring DIF hours to the CPF account has been extended to June 30, 2021. Contact the company that employed you on December 31, 2014 so that they can issue you the certificate of your balance. Each hour that remains in your DIF has a value of 15 euros. This winter, some 12 billion were still sleeping in French DIF accounts.

Article extracted from a file produced by Forum News Agency