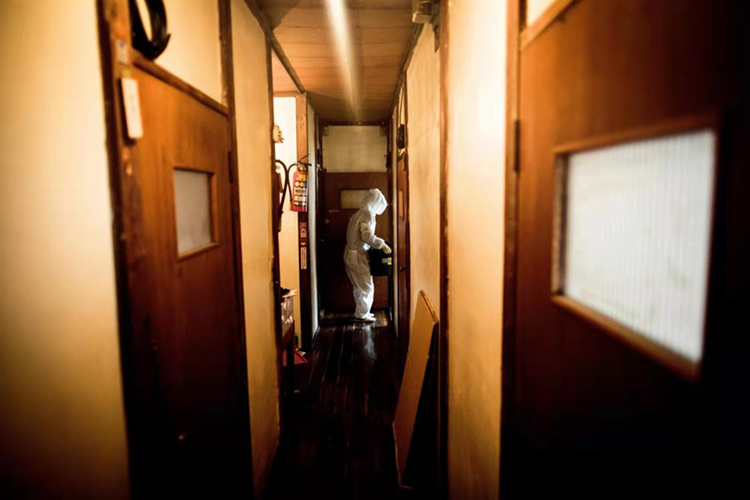 JapanIn Minato Ward, an affluent district in Tokyo, an apartment is listed on a popular real estate site for 40% off. It is a ‘haunted house’.

The apartment is 20 m2 wide, fully furnished, the asking price is 10 million yen (nearly 2 billion VND). Compared to similar apartments in the same area, it is much cheaper because there has been a murder here. The Japanese call these houses “haunted houses”.

In many big cities, where housing prices are always sky-high, many people choose to live in “haunted houses” because of the low prices. This demand also created a specialized real estate market. “After all, many people are more afraid of spending money than afraid of ghosts, because money is paramount,” said a real estate agent in Minato district.

Tran Lac Nghi is a Chinese student who just arrived in Japan. Everything was fine until she overheard neighbors telling her that the house she was renting had had a suicide a few years ago. Since then, Tran sometimes “feels the cold wind blowing from the back of his neck”. The female student said: “Once when I invited friends over for a meal, I arranged the tableware according to the number of people, but still put another set on the table.” This girl thinks that, if people die abnormally, they are still lurking somewhere.

Under Japanese law, when an unnatural death occurs in a home, the landlord or the intermediary is obligated to notify the new buyer or tenant. However, according to a report released by the Japan Rental Housing Management Association in 2019, 50% of real estate agents did not care about this issue.

To warn many people living in “haunted houses” like Tran Le Nghi, a man named Teru Oshima opened a website that announced a list of “haunted houses”, revealing the location details and information about the haunted houses. house like this. According to Teru Oshima’s calculations, whether rented or sold, the prices of these types of homes typically fall by 50% for homicides, 30% for suicides, and 10% for lonely deaths.

Tosaki Kikuchi, 35, a self-employed person, has lived for many years near a station along Tokyo’s JR Chuo line, known for its prosperity and convenient transportation. He rents an apartment where someone hanged himself for only 45,000 yen (9 million VND) per month, half cheaper than other apartments in the same area. The first month, Tosaki was a bit cautious, often startled when he heard a “click” sound coming from the ceiling. But the longer he stayed, the more he found no problem. After getting married, this man and his wife lived happily in a “haunted house”. Only after giving birth, because the small room could not meet the living needs of three people, he considered finding a larger apartment.

According to the observation of Chisuke Shiraishi, who runs a real estate company specializing in the sale and rental of “haunted houses”, not only poor young people like Tosaki Kikuchi but also elderly people think that there is no problem with that kind of house. This man realized that the age of people who choose to live in a “haunted house” is not only in the youth. All for the same reason, the price of this type of house is only half the market price.

According to some real estate companies in Japan, “haunted houses” are graded from 1 to 7 stars depending on the severity of the accident. Houses of 6-7 stars are places where many suicides or murders have occurred, and places where lonely deaths (unknown deaths) have been rated 3 stars or less. In addition to suicide, murder, accidental death, lonely death… there is another situation that the Japanese real estate industry calls NIMBY.

NIMBY, which stands for “Not In My Backyard” in English, is used to refer to places no one wants to appear near their homes, such as crematoriums, red light districts… where rated as 1 star.

In addition to the usual real estate brokerage, real estate companies specializing in “haunted houses” also have to find out the details of unusual deaths in these houses. In addition, services include cleaning traces of cadaver liquid leaks, special deodorization… which require specialized cleaners to complete.

All are professionally refurbished and refreshed.

According to calculations by the Nikkei Institute for Basic Research in 2014, there are about 26,000 lonely deaths in Japan each year. Especially when Covid-19 broke out, the number of suicides in this country in 2020 reached 21,081, the highest in the past 11 years. The mental and economic pressures caused by the pandemic are considered to be the main causes.

The departure of many lonely people has formed more “haunted houses” in this country. In 2013, the House and Land statistical survey showed that there were about 8.2 million vacant houses in Japan, accounting for 13.5%. The famous research institute Nomura Research Institute estimates that by 2033, the total number of houses in Japan will be 71.26 million units, of which nearly a third are empty.

According to Koji Hanahara, a real estate expert in “haunted houses”, in recent years the media has increased attention and changed the status quo of houses that have been forgotten by society. Especially when the elderly population is increasing, the problem of vacant houses in Japan will become even more serious in the future.

“While this is not enough for many people to accept the haunted house, at least it’s not so special anymore,” said Koji Hanahara. According to him, the “haunted house” in the future will even become an option that can be selected in the market, promoting effective use of vacant real estate.

“Promoting haunted houses seems like a good way to cut down on vacant homes,” he said.