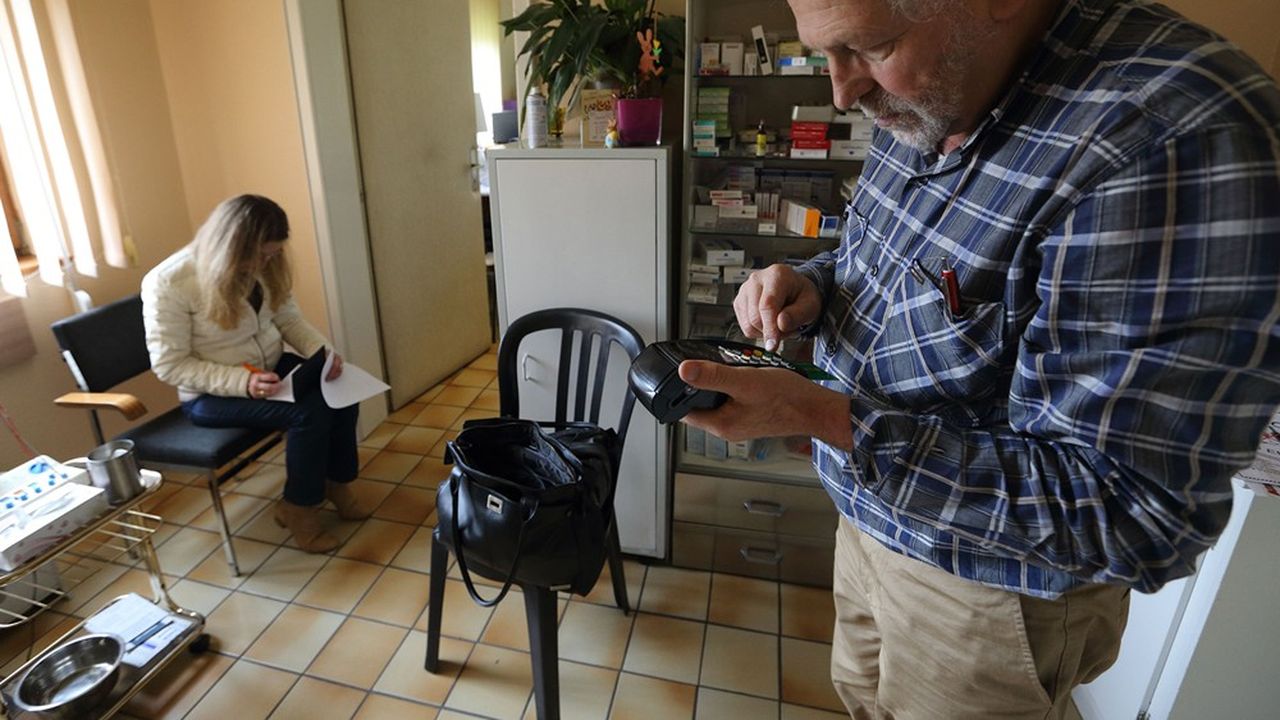 The announcement could aggravate the “fed up” of liberal doctors called by the unions to strike Thursday and Friday to demand an increase in their remuneration. The Autonomous Pension Fund for Doctors of France (CARMF) has announced that part of the pensions of practitioners will not be increased by nearly 5% at the start of 2023 as planned.

This “extreme” decision, taken with “tremendous bitterness”, at a time when inflation is breaking records, concerns the additional part of the pensions of private doctors. This represents around 45% of the pension of doctors, who saw their basic pension increased by 4% this summer but can also receive a third level of pension, which they hope to see increased by the government at the beginning of next year.

Combination of work and retirement

The abandonment of an increase of 4.8% envisaged is the consequence of the measures promoted by the executive to encourage doctors to work beyond the retirement age, explains the CARMF. As part of the Social Security financing project (PLFSS), at the end of the discussion in the Assembly, the government has indeed supported the idea of ​​exempting private doctors who combine work and retirement from pension contributions. Provided that the income does not exceed a ceiling fixed by decree.

The measure, defended by Emmanuel Macron himself, during a recent television intervention, is one of the responses that the government has promised to provide to the problem of the lack of attending physicians affecting some 6 million French people.

The budget “is responsible for a drop in contributions of 73 million euros in this scheme, a drop for which the CARMF has not obtained a guarantee of compensation”, deplores the Fund. Hence the need in the eyes of the CARMF, whose scheme is already in deficit, to give up increasing pensions in order to “maintain financial balance and intergenerational harmony”.

“As the effect of the exemption is temporary and widely requested by doctors, we are not planning compensation. We let the regime organize itself independently, ”one responds in the entourage of the Minister of Labour, Olivier Dussopt, about supplementary pension contributions.

“The CARMF will receive compensation from the State for uncollected basic old-age insurance contributions”, however indicates the office of the Minister of Health, François Braun. During the debate on the PLFSS in the Senate, the Minister responsible for SMEs, Olivia Grégoire, explained that the temporary measure “precedes the upcoming review of the pension reform, in the context of which we will have to find a way more sustainable operation.

The decision of the CARMF bristles in any case on the side of the doctors. “I find this absolutely unacceptable, because it will concern all generations”, launches Franck Devulder, president of the Confederation of French medical unions (CSMF). Admittedly, the fund has a technical deficit for its supplementary scheme but “it has four years of reserves ahead of it”, he underlines.

What is more, the doctors hope to obtain an increase in their remuneration while negotiations have just opened with Medicare on this subject. Who says increase in remuneration, says increase in contributions. “Let’s wait for the implementing decrees and the results of the negotiations on the tariffs to measure the financial consequences of the measure on the pension system”, continues Franck Devulder. “If the deficit worsens, we will make the State face up to its responsibilities. »

The opinion is less decided on the side of the MG France union. “Retirees and surviving spouses need this increase with inflation, it’s not possible to wait a year,” says Isabelle Domenech-Bonet. “But we understand that if the State does not replace the contributions, it is untenable. »

The contribution exemption measure leaves some doctors skeptical who fear in particular that it will encourage older practitioners to switch to multiple-employment retirement sooner than expected. At the expense of access to care.