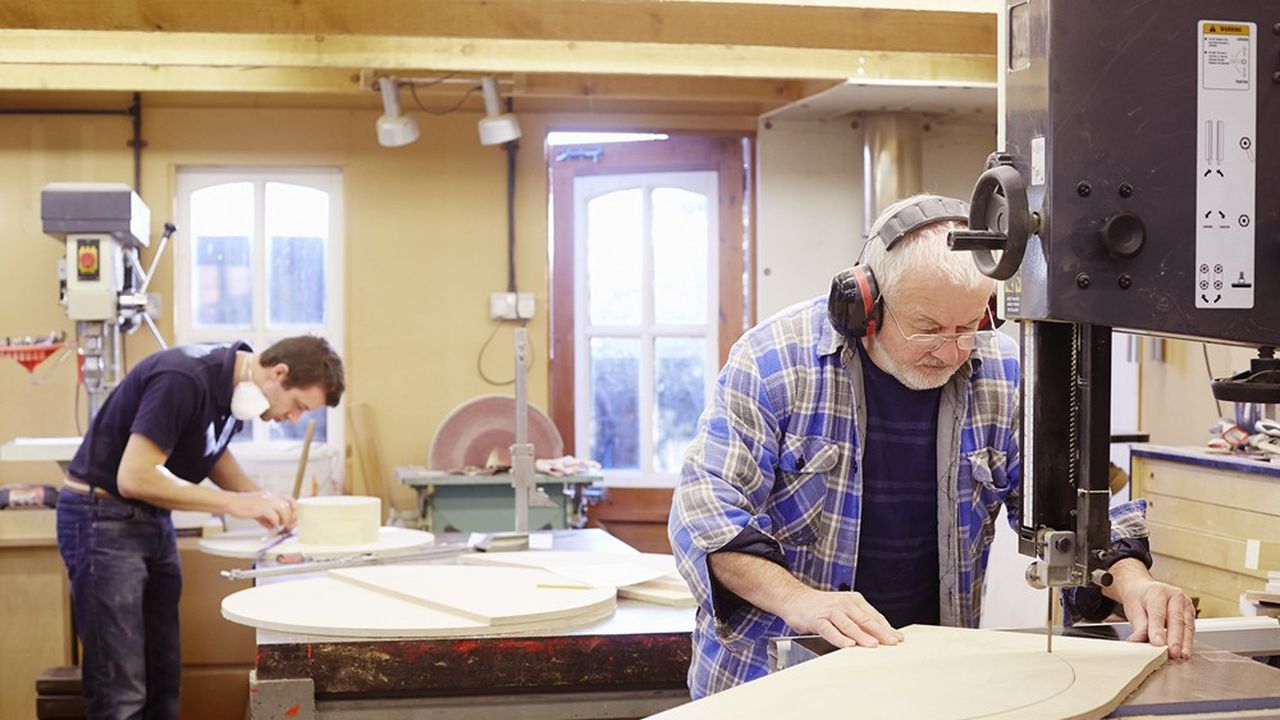 “We want to promote gradual retirement and cumulative employment retirement to make the transition between employment and retirement easier,” said the Minister of Labor, Olivier Dussopt, in the “JDD” Sunday. Cumulative retirement employment allows a retired person to resume a professional activity while continuing to receive their pension.

The accumulation can be total if the retiree receives a full pension. If this is not the case, the sum of salary and pension is capped. This ceiling now reaches 160% of the SMIC or the average of the last three months of activity before retirement. The system could be improved by making it possible to earn new pension rights on the wages received.

Discussions should also focus on the resource ceiling. In 2020, 495,000 people, or 3.4% of retirees aged 55 or over, declared that they exercised a professional activity while receiving a retirement pension, most of them thanks to the accumulation system, according to the DREES.

Also viewed with interest, gradual retirement allows, from the age of 60, to work part-time and to supplement one’s income with a fraction of one’s pension. All while continuing to contribute to increase his future retirement. The pension received depends on the time worked (between 40% and 80%) for employees. It depends on the fall in professional income for the self-employed.

The system was made even more flexible this year by being extended to people working on a day pass. Until then, it only applied to employees whose working time was calculated in hours. However, this mechanism remains very little used, Agirc-Arrco identified around 30,000 seniors concerned at the end of 2021.

A relaxation could go through a revision of the minimum quarters necessary to benefit from it (150). On the other hand, the HRDs would like to have more visibility on the date of departure of the employee in gradual retirement.

Training or even retraining: the increase in the employment rate of seniors requires a continuous effort to maintain the skills of workers throughout their professional career. This is even more true from the age of 45 when it comes to anticipating the last stage towards inactivity. The ball is essentially in the employers’ court, even if the interested parties can rely on their CPF.

As for the long-term unemployed, increasingly massive training plans have followed one another since 2012, the latest being the major skills plan of 2017 endowed with 15 billion. The effort is undeniable, the organization has improved but is still too complex, and the results need to be confirmed. For the future, the executive is banking on its France work project to bring the actors of the public employment service into line.

Among the causes of the low employment rate of seniors in France, the Minister of Labor highlights the maximum duration of unemployment compensation. As a reminder, it is 36 months beyond 55 years, against 24 months up to 53 years and 30 months from 53 to 54 years. This duration can be perceived as an “encouragement” to separation, said Olivier Dussopt. “While it is legitimate to have specific rules, this perspective can be seen as a way of shedding,” he added.

The subject will be addressed in the context of the reform of unemployment insurance and that of pensions, the executive also proposing to be able to combine unemployment benefits with the salary in the event of resumption of employment by a senior. .

If an employee finds himself unable to do his job and if his employer cannot reclassify him, he must dismiss him for incapacity. He must then pay him the legal indemnity – or conventional if it is higher – of dismissal and possibly of notice.

If the incapacity is of professional origin, the last employer has in theory the possibility of demonstrating that it is attributable to other companies “but it is generally impossible to have access to the necessary elements, in particular if the previous company or companies have disappeared”, emphasizes the CPME. Knowing that the severance pay is then doubled.

To bring solidarity between companies into play, the report on the means of “promoting the employment of experienced employees” (January 2020) recommends generalizing the branch mechanisms for mutualisation and equalization of obligations borne by the employer.

In 2003, the Fillon law had raised from 60 to 65 the age from which an employer could force his employee to retire, on the grounds that it was at this age, at the time, that any new retiree benefited from a full-rate pension regardless of his contribution period. In 2008, the minimum age for compulsory retirement was increased to 70 years, while the full rate age was raised to 67 years. This discrepancy is denounced by the employers who demand a reduction of three years of the automatic retirement.

5 figures to know about pensions