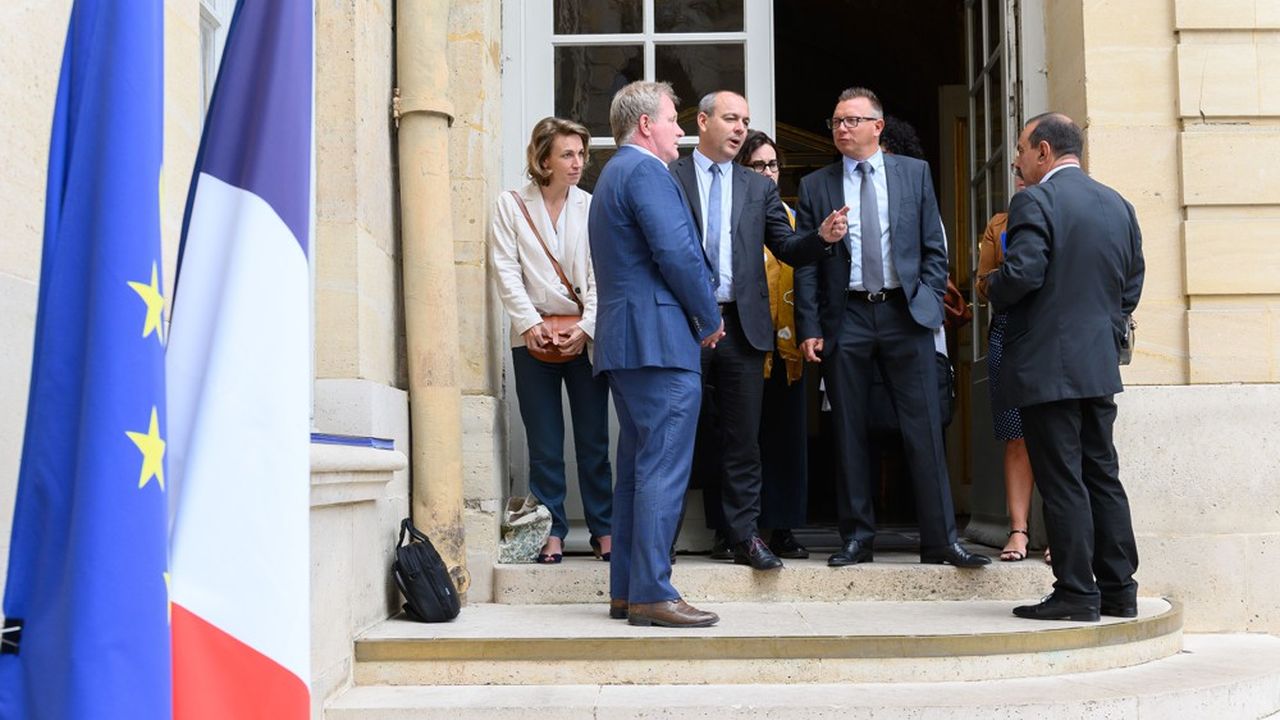 The announcement of two and a half months of consultation on the pension reform was welcomed this Thursday with relief by all the unions. But at the same time the government’s desire to postpone the legal retirement age to 65 in the long term and, a particularly sensitive subject for the CGT, the abolition – even if it is in the long term – of special schemes and all that on the morning of the re-entry mobilization of the Montreuil plant, went much worse.

The choice by the executive of the timing was certainly guided by the desire to control communication in view of the number of participants at the dinner to set the calendar for the pension reform on Wednesday evening. But in other times, the prospect of a day of action by the confederation of Philippe Martinez would have led any executive to avoid this telescoping.

The concomitance was enough to anger the CGT leader. But the latter, invited to France 2 barely an hour and a half after Elisabeth Borne’s announcements, did not brandish the threat of a general strike. Go to the meeting that the Minister of Labor, Olivier Dussopt, will organize next week? “To repeat what we have already said, yes, why not. But if it is to tell us that we are discussing the extension of the retirement age, we will not go long, ”warned the trade unionist.

But while the CGT often tends to try to impose its schedule on other trade unions, Philippe Martinez remained cautious. “We will make sure [qu’il y ait] other days very quickly,” he said, pointing out that “in this country, every time we won things was when the unions were united.”

“We are all waiting for the inter-union”

Like the other union leaders, the number one of the CGT is aware of the need to preserve the inter-union dialogue which has been established for several months and has resulted in two joint declarations, on wages and unemployment insurance. Pension reform will be at the center of the new meeting this Monday of the five representative confederations (CGT, CFDT, CFTC, FO and CFE-CGC) with Unsa, FSU and Solidaires and youth organizations.

Michel Beaugas, in charge of pensions at the head of Force Ouvrière, says he is ready to “discuss employment of seniors, arduous work, long careers” with the government, but without “the corollary being a decline in the retirement age “, and not before the inter-union on Monday “to see if we can have a common position”. “We are all waiting for the inter-union, no one wants to leave in disorder; what we are preparing is a mobilization of employees to make the government back down, ”comments a trade unionist.

The positioning of the CFDT will obviously be decisive. During the previous attempt to reform pensions, halted by the Covid epidemic, the executive’s desire to establish a points system joined the objective that the Laurent Berger central office had set itself for a long time, dividing the union camp. There is no longer any question of this “systemic” reform. In addition, the number one of the CFDT has already pointed out, those who will be most affected by the increase in the retirement age are the second-line workers where the “bastions” of the plant are located.

It is by this yardstick that we must read the press release published this Thursday which concludes: “The CFDT will participate in the inter-union meeting of October 3 in order to build common proposals on the axes of consultation which are opening up and to counter the postponement from legal age to 65. While within the executive circulates a little music insisting on the fact that the central would no longer be in search of reasonable compromise as it could be, the press release also responds by demanding “loyalty and transparency” from the government.

The Minister of Labour, Olivier Dussopt, will have to weigh every word of the letter he will send to employee and employer organizations, satisfied like the unions with the abandonment of the introduction of the reform by an amendment to the draft budget of the Social Security, inviting them to come and chat next week.