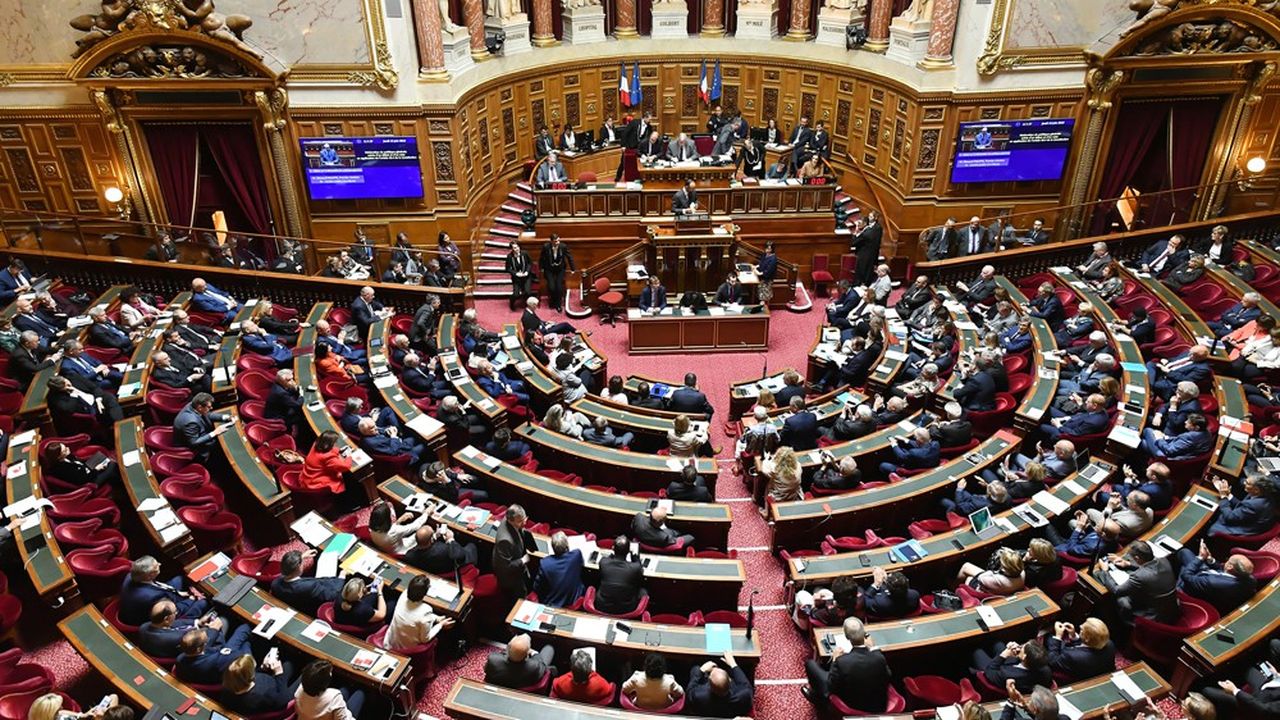 The President of the Senate, Gérard Larcher, announced it at the end of September, when the executive undertook to launch a consultation on the pension reform: the Upper House, where the right is in the majority, was going to seize the examination of the Social Security financing bill (PLFSS) for 2023 to contribute to the building in order to “shed light on the debate”. It’s done.

The Senate Social Affairs Committee adopted an amendment on the subject as part of the examination of the PLFSS project on which the government activated 49.3 in the Assembly, announced its president, LR Catherine Deroche, and the rapporteur of the text, the centrist Elisabeth Doineau, during a press conference. The approach is not really new: a year ago, during the examination of the Social Security draft budget for 2022, the Senate had already set a date by adopting another amendment on the same subject by the same author, Senator LR René-Paul Savary. This one is “more elaborate”, explained Catherine Deroche.

The role of the Senate strengthened

The initiative, which she described as a “strong marker”, this time falls within a very different context. Not just because pension reform is on the government’s agenda. The results of the legislative elections went through there, giving only a relative majority to the President of the Republic. The role of the Senate is strengthened. In addition, while the LR group in the National Assembly is split, the senators Les Républicains thus preempt the subject and draw the outlines of a political compromise with the government.

During his last televised intervention, the Head of State did not make the postponement of the legal retirement age to 65 a totem. He said he was “open” to a postponement to age 64 in return for an extension of the contribution period. However, the Senate amendment version 2022, which is a copy of that of 2021, mixes the two types of measures.

A device supposed to be supplementary

The legal retirement age would be gradually raised by three months each year from 1er July 2023 from the generation born in 1966 to reach age 64 from the 1967 generation. a full pension, he recommends an acceleration of his schedule with a finalization for the 1973 generation.

These measures, on which “we will necessarily have a debate in session”, underlined this Thursday Elisabeth Doineau, are now justified by “demographic aging” and “societal choices” and no longer as a year ago by the need to “straighten the financial trajectory of the old-age branch”. The device is however supposed to be auxiliary, the primacy having to be given to the dialogue, even if the opposition of the trade unions to the raising of the legal age of the retirement excludes an agreement.

“Obviously a debate in session”

In 2021, its entry into force was only planned in the event of failure of a “financing conference” to “straighten the financial trajectory of the branch”. Change of gear. It would now be a question of organizing a “national convention for the employment of seniors and the safeguarding of the pension system” to deal with “demographic aging” and “to make societal choices”.

There would always sit the social partners and the State and also family and pensioner associations as well as “qualified personalities”. With the program the return of the old-age form to balance within ten years, but also the maintenance of seniors in employment, hardship or professional equality between men and women.

The Senate’s Social Affairs Committee has introduced a “solidarity contribution” from mutual insurance companies to the tune of 300 million euros. It replaced the price reductions for biologists with an exceptional tax. It also reduced by 200 million euros the puncture made on the surpluses of the industrial accident-occupational disease branch of Social Security, reduced to 1 billion euros. The supervision of teleconsultations as well as the limitation of temporary medical work have also been reinforced.

Regarding the transfer of the collection of supplementary pension contributions from Agirc-Arrco to Urssaf, the deadline for which has been postponed, the commission has done nothing but “it is not excluded that this transfer” will be canceled in public session”, explained Elisabeth Doineau, the rapporteur for the Social Security budget in the Senate, stressing that “the debate will be fed in session”.

Unsurprisingly, in committee, the senators approved the principle of a fourth year of internship for students in general medicine, for “priority” internships in an area under-endowed with doctors, but providing for remuneration at the ‘deed. On the other hand, they removed the possibility for nurses with advanced training to take care of patients directly because it will be included in a future “health” bill.

Demography: these regions where the population is already declining