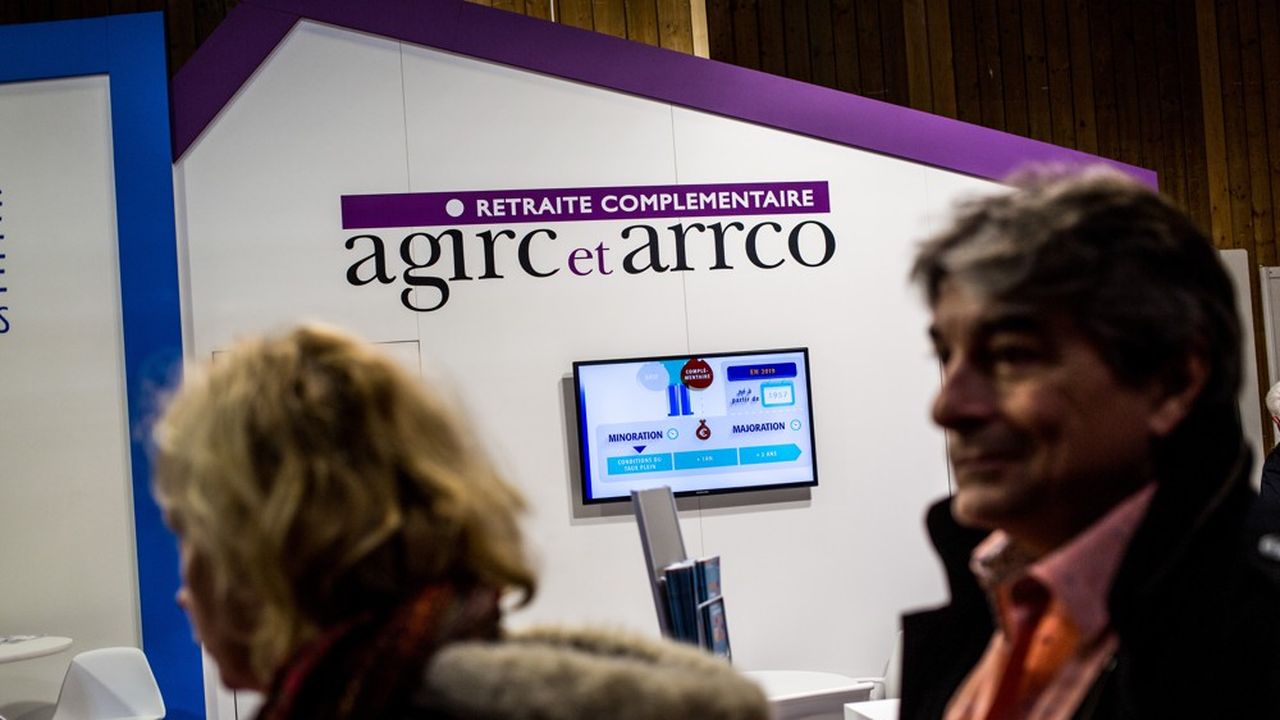 Complementary pension schemes should benefit from the game of pension reform. This must “in particular” increase the surpluses of the Agirc-Arrco plan, the compulsory supplementary pension plan for private sector employees, underlines the impact study prepared by the government.

For the record, the reform presented to the Council of Ministers on Monday should allow the entire pension system to be in balance by 2030, against an expected deficit of 13.5 billion euros. However, this overall balance hides significant disparities in the financial situation of the schemes at this time. The aligned schemes which cover private sector employees, public service contractors, craftsmen and traders should notably remain in the red.

For Agirc-Arrco, the surplus in question would be more than 5 billion euros by 2030, underlines the document which accompanies the bill amending the financing of Social Security discussed in committee at the Assembly from next week.

The supplementary pension scheme is already in the green today. At the end of 2021, it posted an annual surplus of 2 billion euros. This surplus should be above 5 billion in 2022, due to the exceptional economic rebound recorded after the Covid crisis.

Already during the preparation of the pension reform, the executive was eyeing the finances of the schemes to finance the increase in the minimum pension. This scenario, likely to rile up the social partners who run Agirc-Arrco, did not materialize.

At the same time, the postponement of the legal age from 62 to 64 and the increase in the contribution period required to leave at the full rate will increase the contributions benefiting the scheme and will cause it to make “savings”. Enough to generate nearly 2.6 billion euros for Agirc-Arrco in 2027 and 4.5 billion by 2030.

However, the scheme’s accounts will be affected by certain “accompanying measures” provided for in the reform, such as the maintenance of departure conditions for disabled people, the adjustment of the long career system, etc. Not enough, however, to call into question solid surpluses.

The social partners should take up the question of their use from April, according to our information. Already this fall, the Medef had promised to launch a discussion with the social partners managing the scheme on the subject “as soon as the bill is known”. The temporary penalty system, put in place to straighten the accounts of the system, must in any case be discussed again in 2023.

CNRACL accounts permanently in the red

The increase in the legal age calls it into question and its effectiveness has been disappointing because it has failed to lower the starting age. The surpluses should increase the room for maneuver of the social partners, knowing that these evaluations already take into account an indexation of supplementary pensions on inflation, whereas the plan had decided on an under-indexation when its accounts were degraded.

Expected to be in good shape by the government, the financial situation of Agirc-Arrco contrasts in particular with the National Pension Fund for Agents of Territorial Communities (CNRACL). Without reform, the latter would show a deficit of more than 8 billion euros by 2030, according to the Pensions Orientation Council. With the reform, it would still be close to 7 billion.

Anxious to raise the bar and finance its reform, in particular the revaluation of the minimum pension, the executive has planned an increase in the contribution of territorial employers which should bring in 700 million euros by 2030.