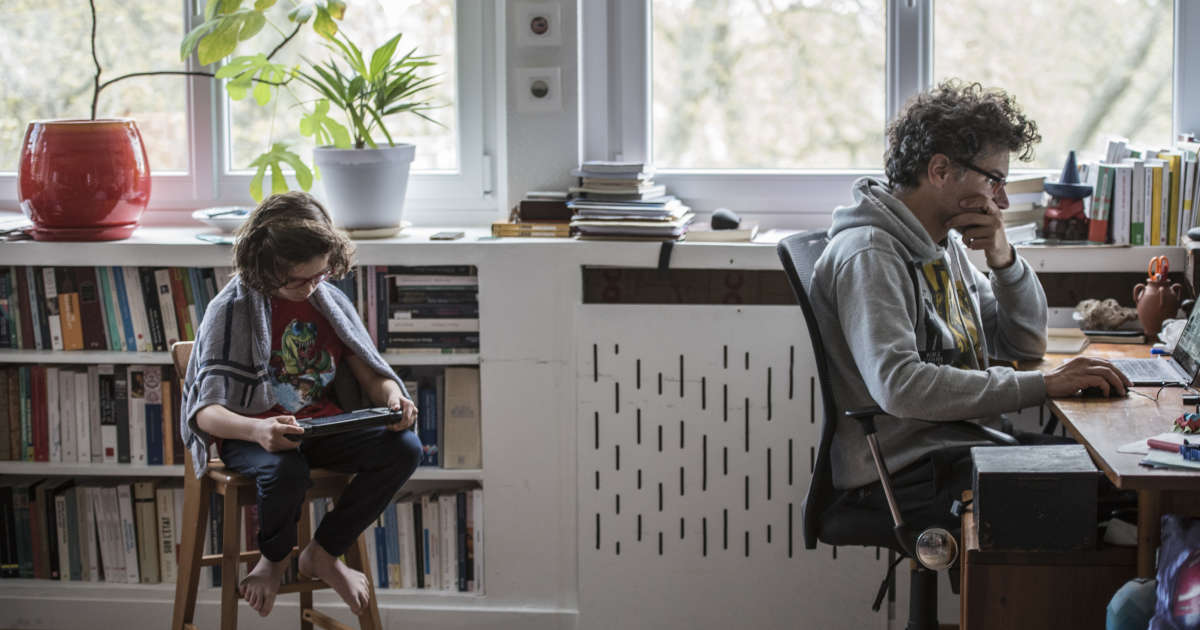 With the closure of schools in April announced by the Head of State on Wednesday March 31, it is not only the daily life of children but also that of parents that will be turned upside down. To reassure them, “As for a year, economic and social support will be there”, said Emmanuel Macron during his speech.

The use of telework, if it is not compulsory, is once again very strongly encouraged. “Teleworking will be systematized and I call on employers and workers to use it whenever they can”, insisted the President of the Republic.

Juggling between telework and childcare is not an easy task, it is possible to ask your employer to be placed on short-time work, said the Ministry of Labor.

For their part, parents unable to telework “ will be entitled to partial unemployment, and for employees and traders, the self-employed, entrepreneurs and businesses, all the measures currently in force will be extended ”, detailed Emmanuel Macron.

Partial unemployment, childcare… What compensation are you entitled to?

More specifically, partial unemployment will be compensated at 84% of net salary, 100% for employees with minimum wage. The liberal and independent professions will be able to benefit from a derogatory work stoppage, giving rise to the payment of daily allowances from Social Security. Civil servants will be able to obtain a special leave of absence, compensated at 100%.

The question of school holidays is not settled

But beware, this possibility only concerns parents of children under 16 or with a disability regardless of age and only one of the two parents can benefit from it, with a sworn certificate which must be given to the employer.

“It would drive my boss crazy to know that I was in my pajamas”, and other teleworker stories

If these rules are in place for the first and last week of April, doubts remain for the holidays, now set from April 12 to 26. The Ministry of Labor is to consult with the social partners on Thursday 1er April to clarify this point.

In addition, children with disabilities and caregivers can, as during the first confinement, be accommodated at school.