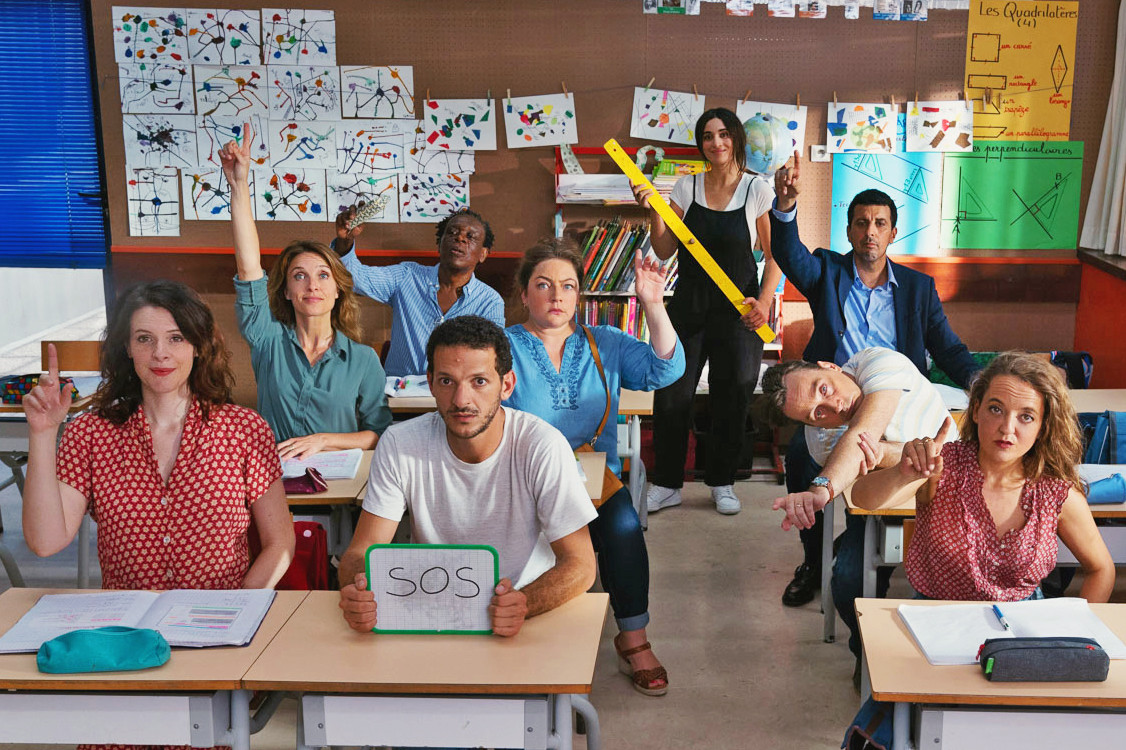 Thirty years old, Vincent is in no hurry to conform to what society expects of him: to consume, produce, reproduce. He lives on little by looking after the animals in the neighborhood and keeps the same attention to cats and birds that dishonest owners forget to come back for. A neighbor asks her to bring her son Bart home from school every day. This little job turns out to be more demanding than expected: the mother of the child comes home very late, and above all Bart immediately begins to introduce his babysitter to everyone like his father.

A situation which cannot last, obviously considers Vincent, but, very sensitive to the charm of the teacher, Mademoiselle Portel, he gives up trying to deceive the entourage of the boy. He will even get involved with the small, zealous group of parents to meet the teacher during meetings, outings in the forest and at the swimming pool.

Beneath an impertinent exterior, it is the small world of school that this comedy tenderly depicts: its teacher, his parents hyper-involved in school life and of course his children. At the margins, Vincent mocks worried mothers and fathers to the point of their offspring’s obsession. Projected at the heart of their concerns because of his crush on Mademoiselle Portel, he underlines with his candid gaze the funny strangeness of their customs. He himself hardly masters the codes of relations between children and adults, which makes his character deliciously quirky.

The humor does not prevent the director Noémie Saglio from evoking parenthood in all its forms. The incisive dialogues are served by a beautiful cast: comedian Vincent Dedienne whose irreverence finds its place in this family setting, Camélia Jordana as a teacher with a strong character, Alix Poisson and Samir Guesmi as over-committed parents, and a host of children, with Oscar Pauleau (Bart) in the lead, as at ease in front of the camera as in the playground.