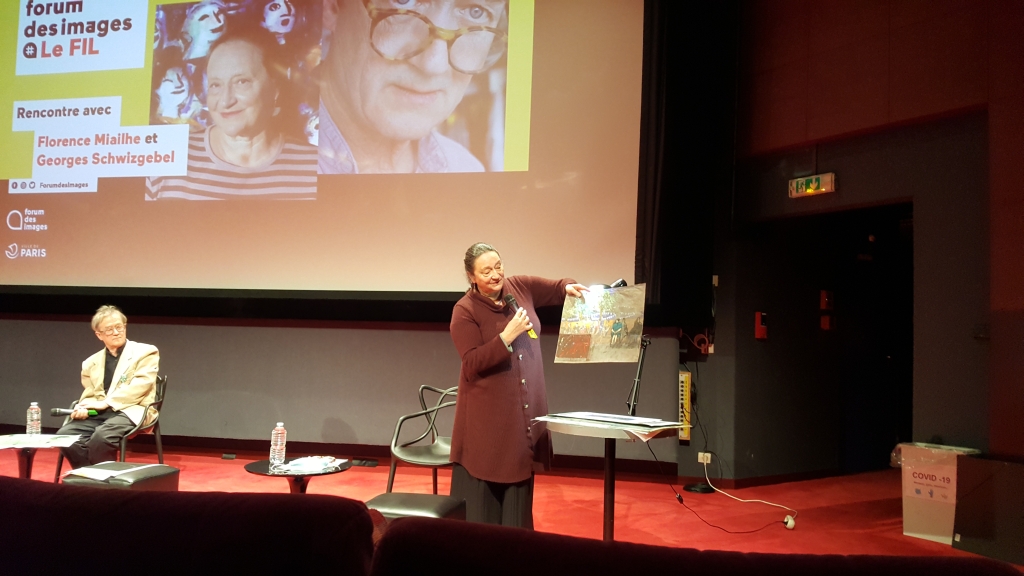 In the small world of animation, there are a handful of die-hard artisans who continue to create films unlike any other. The Forum des images brought together two of them, the Frenchwoman Florence Miailhe and the Swiss Georges Schwizgebel, during a summit meeting which should have been the high point of the Carrefour du cinema d ‘animation, canceled last December. .

Broadcast on Thursday February 11 at 8 p.m. on the FIL (direct link), the virtual room of this high place of Parisian cinephilia, this unique and free screening gives first to see some of the wonders that have marked the long career of these masters of animated painting. ” He’s like a big brother to me, confided the French director about her Swiss colleague. When I saw his films when I was starting out, I told myself that if animation could be that, I wanted to make it my job. “

Stars of the auteur short film awarded an Honorary Crystal at the Annecy Festival in 2015 for Florence Miailhe and in 2017 for Georges Schwizgebel, the two filmmakers are musicians of images. Both compose in their short films body and motif ballets to the rhythm of the music.

On the first Sunday in August, César for best short in 2002 for the French director, gives to see (and to feel) a village ball, during a summer evening where everything seems simple and possible, in the South of France (yes, that makes you dream…). 78 rpm (1985), the exhilarating round of the Swiss filmmaker guided by the catchy air of an accordion evokes the passage of time and the whirlwind of life. All without dialogue.

” It is the images that tell. Their nature is contradictory with that of the subtitles“, Considers Florence Miailhe who likes to improvise by painting directly under the camera, leaving between two images the traces of previous brushstrokes. ” I first make a storyboard (sort of comic strip from the upcoming film) to guide my work, but during the animation process my hands follow the invitation of the material to dream. “

Georges Schwizgebel also lets painting speak for itself, but proceeds in a less instinctive, more methodical way. ” I realize the key drawings, then the editing before the final paintings that I superimpose on cellulos. I have a vague scenario but what guides me above all is the music“. He gave vivid proof of this in his latest film, The King of Alder (2015), poetic and poignant evocation of the death of a child punctuated by the vertiginous composition of Schubert (interpreted by the son of the director, Louis Schwizgebel, brilliant pianist).

Only regret of this friendly conversation animated by Xavier Kawa-Topor, historian of animated cinema: there was not enough time to discuss with them the projects of the two filmmakers.

We do not know in this regard when will be released Crossing, the highly anticipated first feature film by Florence Miailhe who co-wrote it with Marie Desplechin. This initiatory journey of a brother and a sister in an imaginary Europe, which took more than ten years to be made, was to be released last year, but was not able to, due to the health crisis.