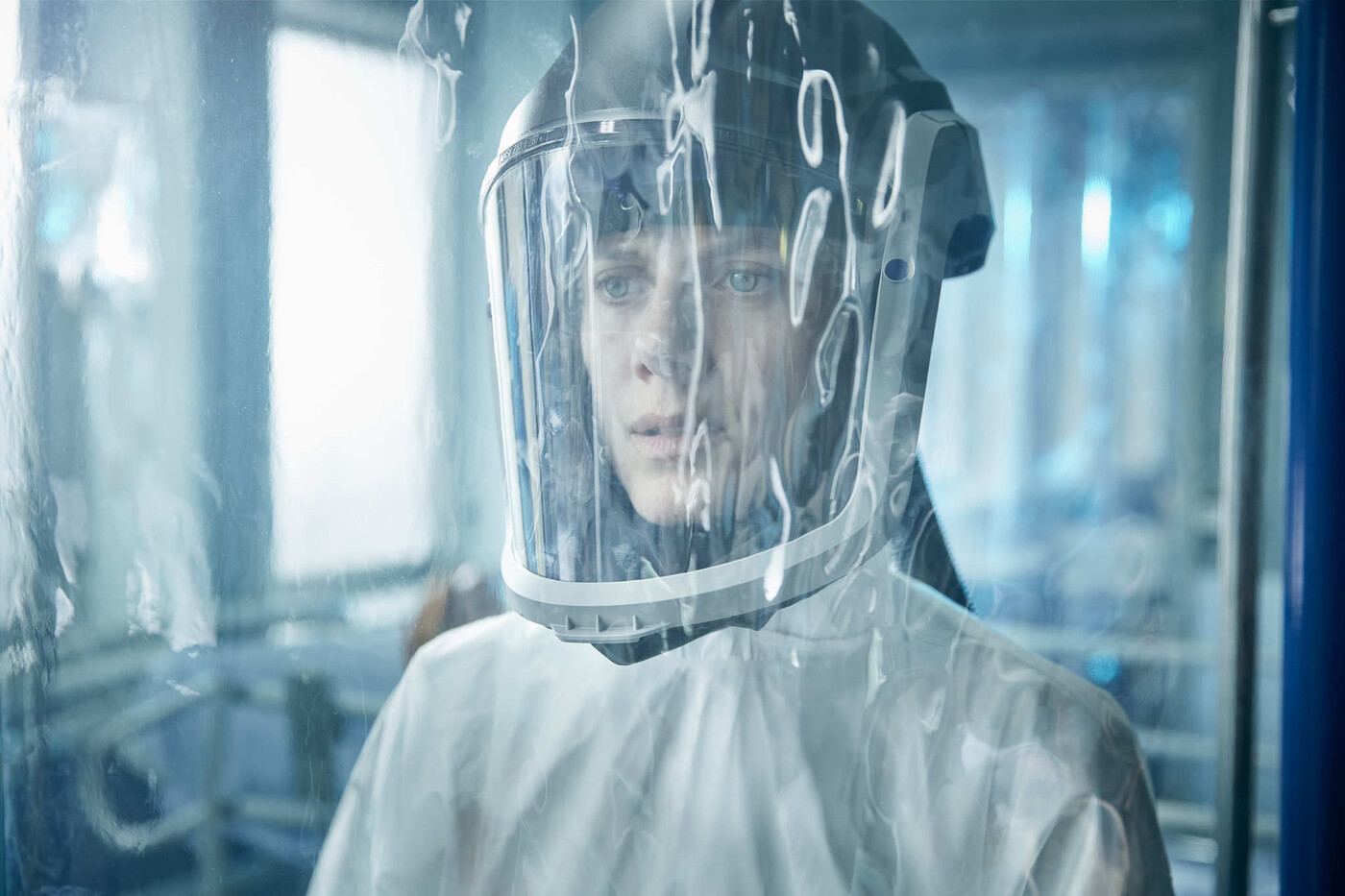 Between Alexandre Aja and France, relations have not always been good. The Parisian began his directorial career there with Furia and High tension, released in 1999 and 2003 respectively. Although noticed and awarded at festivals, the two feature films were two failures in theaters. France is not very fond of the fantastic and sci-fi series B, a genre where Aja excels. Never mind, he went into exile across the Atlantic.

The director achieved international fame in 2006 with the remake of The hills Have Eyes and, since then, has only filmed in the United States, where his name is associated with thrilling concept films, always produced with the greatest care (Piranha 3D, Horns or more recently Crawl). Although made in France, Oxygen do not depart from this line.

As in most of the director’s films, the story can be summed up in a few words. A young woman, played by Mélanie Laurent, wakes up to discover that she is locked in a capsule, with an hour of available oxygen and for only company Milo, an artificial intelligence who borrows the voice of the excellent Mathieu Amalric. She no longer knows who she is, or how she got there. Then begins a race against time to get out of this nightmare.

If the script is simple, the film is far from it. In addition to extreme closed doors, Oxygen is an authentic film with enigmas, where the spectator discovers the clues at the same time as the heroine, a masterful Mélanie Laurent. As a result, the work never ceases to surprise and its style evolves as the revelations progress. In this film which takes place entirely in a space of a few square meters, it was difficult to deploy a plot and surprise. The feature film achieves this brilliantly, notably thanks to the work done on the sound and music of Rob, Aja’s official composer.

The film owes a lot to its screenwriter, Christie LeBlanc, who, for his first attempt, sets the bar very high. Ultra-mastered, the script is the film’s great strength. However, he remained in Hollywood limbo for a long time before finding a taker. Aja’s talent enveloped him in an atmosphere of tension, anguish and, at times, horror to make it a dizzying sensory work.

The scenario ofOxygen was slated to be shot in English, with Noomi Rapace in the title role, but the arrival of the pandemic in March 2020 forced Aja to reshuffle her cards. During an exchange with Netflix, the idea of ​​shooting in French was mentioned, allowing the shooting to start as quickly as possible. For Alexandre Aja, the challenge was great. “To shoot in French for the first time in almost twenty years worried him”, indicates production. The name of Mélanie Laurent quickly imposed itself for the casting and reassured the director. Winning bet: the French sign with Oxygen one of his best films.