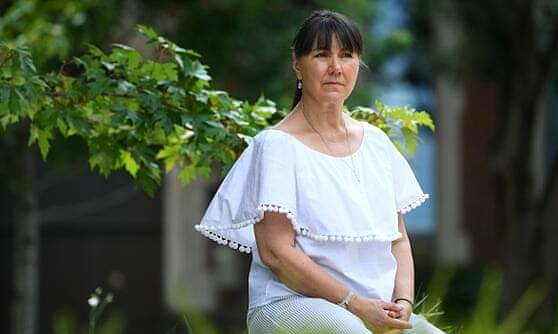 Australia20 years ago, Penny Mackieson was happy when she found her biological mother thanks to the adoption application, but she did not expect the truth to stop there.

Mackieson was born in 1963 at Queen Victoria Hospital, Melbourne. She was then placed in an orphanage and was soon adopted. Loved by her adoptive parents, but in her heart she always yearned to find her birth mother.

At the age of 26, Mackieson’s twins, just a few days old, died. The pain helped Mackieson realize the value of motherly love. She connected with adoption support network in Melbourne hoping to find a mother.

Through the file, she was reunited with the mother in the papers. The two burst into tears when they met. They stick like figure with shadow. However, a hunch made Mrs. Mackieson doubt the bloodline of the two. In 2016, she took a DNA test and found that she had 70% of the genes of Greek and did not share the same bloodline with Irish, English or Welsh as the person considered to be her mother.

Another DNA test in 2019 determined that she and the woman were not related by blood.

After notifying the adoption service, Mackieson learned that her mother was in fact Greek. This woman gave birth to her daughter at the hospital at the same time another mother gave birth to a daughter. The two babies were then given by mistake, due to the negligence of the nurse.

The adoption network through interpreters connected with Mrs. Mackieson’s real mother. The old woman said she was very happy that her daughter lived a happy and healthy life. However, she did not want any connection.

On March 15, after a 15-minute trial in Victoria County, the 33-year search for the truth came to an end. Ms. Mackieson was allowed to correct her birth records, which included the name of her birth mother, who is Greek.

“I feel a great comfort. It feels like the first day of a new chapter in my life. I feel more optimistic and free when I am who I am,” she said.