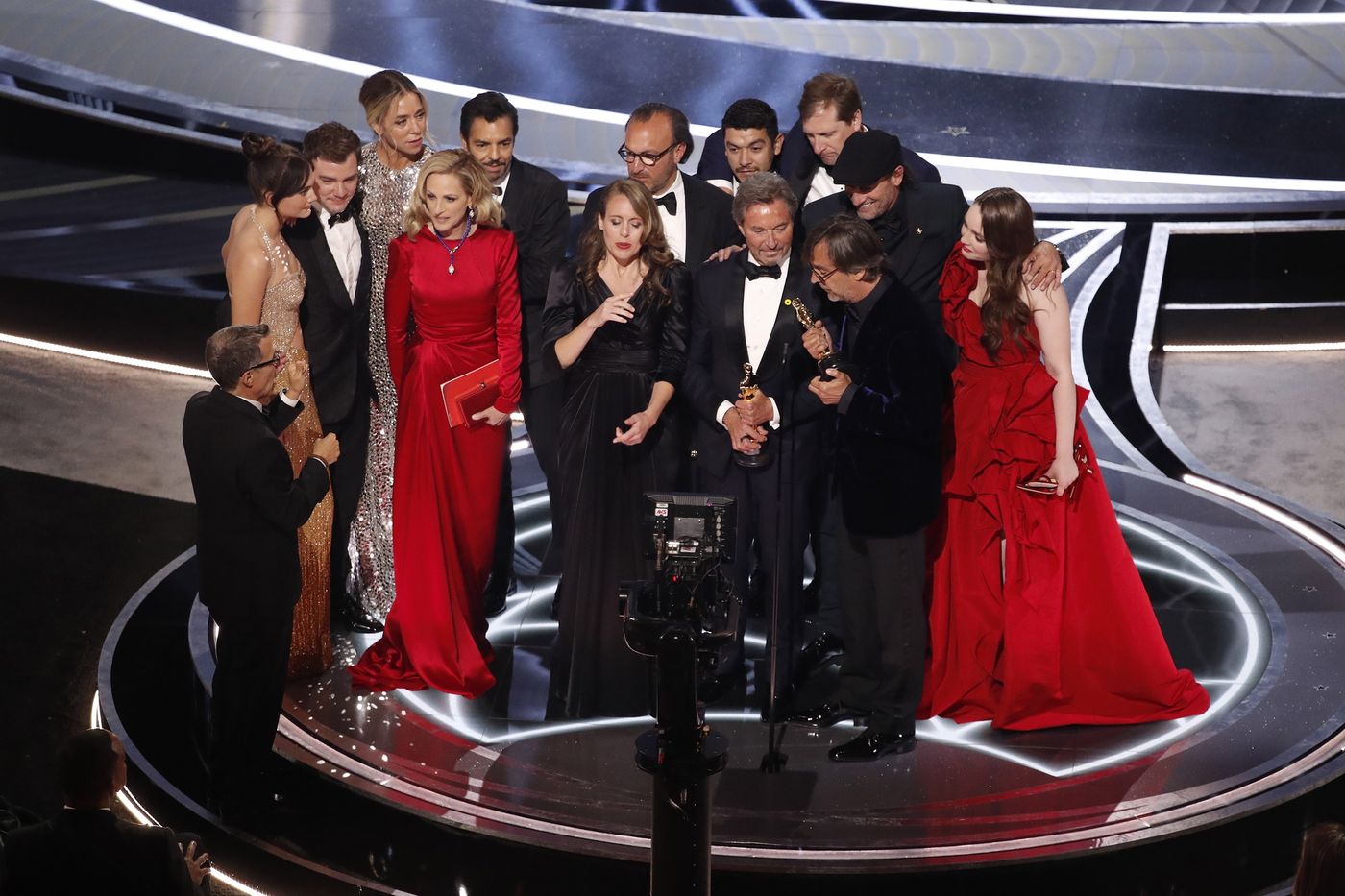 It is a victory that had been taking shape for a fortnight. Codathe American remake of the film The Aries Family, won the night of Sunday March 27 to Monday March 28 the statuette for best film at the Oscars ceremony. A reward that marks a first: never before has a streaming platform, in this case Apple TV +, been rewarded in the queen category.

Whereas The Aries Family lined up hearing actors, which had drawn some criticism, Coda has chosen to favor authenticity by employing deaf artists. Among them we find Marlee Matlin, Oscar for best actress for The Children of Silence (1987), which portrays an eccentric and vulnerable mother.

→ UNDERSTAND. Oscars 2022: suspense in Hollywood for the 94th ceremony

“Thank you to the Academy for allowing us to bring Coda in history “ declared the French producer Philippe Rousselet, also producer of the original film, receiving this statuette. The Franco-American film leaves Los Angeles with two additional awards: that of the best adapted screenplay and that of the best actor in a supporting role, which goes to the deaf actor from birth Troy Kotsur.

First Oscar for Will Smith

Coda thus dethrones Netflix production The Power Of The Dogtwelve times nominated and big favorite of the Oscars, who was satisfied with the statuette of the best realization, rewarding the director of this western Jane Campion.

Jessica Chastain won the Best Actress statuette for her role in the film In the eyes of Tammy Fay, in which she plays the role of a televangelist. Twice nominated in the past, this is the first time the actress has received this award.

First also for Will Smith, who won the distinction of the best actor for The Williams Method, which traces the journey of Robert Williams, the father of tennis champions Venus and Serena. The actor was also at the heart of the only controversy of the evening. Reacting to a bad joke from Chris Rock about his wife who suffers from a severe form of baldness, Will Smith went on stage and slapped the comedian who presented part of the ceremony, before apologizing.

Moment of silence for Ukraine

Disney magic once again worked at the Oscars where Encanto, the fantastic Madrigal familya celebration of Colombia, its culture and its traditions, won the prize for best animated film.

Drive My Car, a three-hour long feature film by Japanese director Ryusuke Hamaguchi, was named best international film. Inspired by three stories from the collection men without women by famous novelist Haruki Murakami, the film tells the story of an actor and theater director haunted by the death of his wife.

After two years of pandemic, the Oscars took place again at the Dolby Theater in Hollywood, where the ceremony has taken place since 2002. During the festivities, a minute of silence was requested in tribute to Ukraine, invaded by Russia. During this brief moment of contemplation, screens broadcast messages calling for help to be sent by listing the essential needs of Ukrainians such as ” food “from ” medical care “ or some “blankets”. “We ask you to help Ukraine in every way possible”added one of the posts.

– Best Director: Jane Campion, The Power of the Dog

– Best actress: Jessica Chastain, In the eyes of Tammy Faye