Naomi Osaka, the owner of 4 Grand Slam titles, became the focus of criticism from fans after she announced that she would not attend any press conference when attending Roland Garros. The world No. 2 Japanese tennis player did not want to hold a press conference because of concerns about the Covid-19 epidemic. 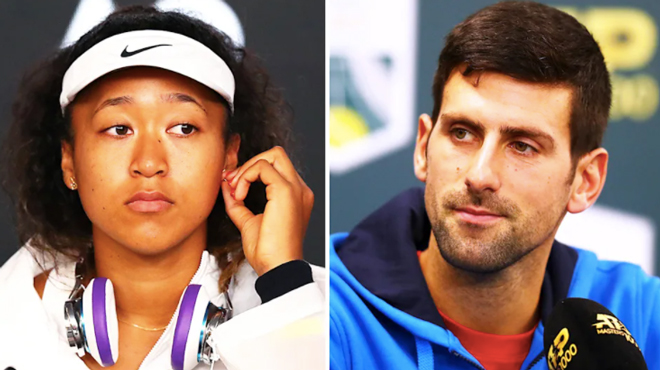 Former Australian tennis player Sam Groth was very upset by the young player’s statement. “For me this announcement is a serious mistake by the young tennis player. She does not want to speak to the media while it is a mandatory duty to promote the event. Naomi has shown contempt for the media. the sport that made her famous,” former tennis player Groth angrily criticized Osaka.

Many viewers believe that Naomi has a “star” disease after the successes she has, but Novak Djokovic has more humanistic views.

“Okay, she (Naomi) must have had a reason for saying that. I don’t know by the WTA rules and the Grand Slam rules that she was penalized for deciding to avoid press conferences. ? “I’m not sure…. I don’t know what to do about this,” Djokovic said after the quarter-final of the Belgrade Open.

“I understand that press conferences can be very frustrating sometimes. And it’s not something you like, especially when you lose a game or something like that. But it’s part of sport and a part of sports. part of each event.

This is what we have to do, or we will be fined. That’s what I know about men’s singles, but I’m not sure about women’s singles, I can only comment like that,” Djokovic said about Naomi Osaka’s scandal.

Djokovic is currently attending the Belgrade Open. According to the latest draw results, the world No. 1 player is in the 1st bracket, facing the challenge of meeting Federer in the quarterfinals and Nadal in the semifinals of Roland Garros 2021. Naomi Osaka is the No. 2 seed in women’s singles, she clashed. Patricia Maria Tig, 26-year-old Romanian tennis player in the first round.