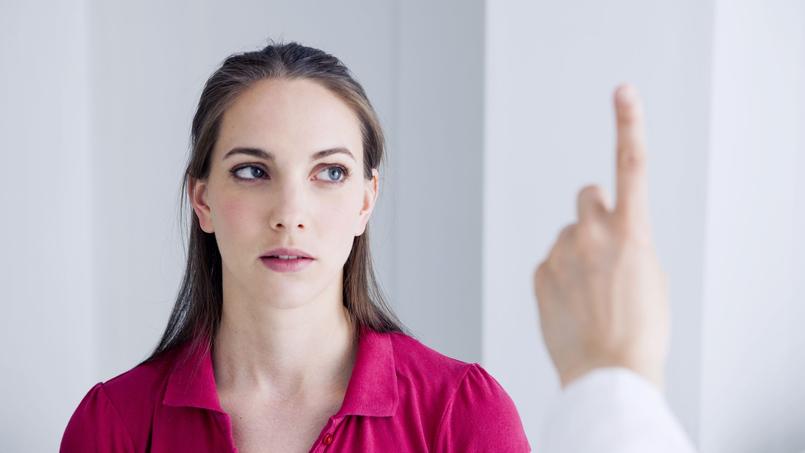 True eye physiotherapists, orthoptists detect and treat visual disturbances. How is an appointment with the orthoptist? What is an orthoptic assessment? Our responses.

Orthoptics comes from the Greek ortho: right, and opto: vision. “She does not treat the eyes, but the vision, explains Valérie Bassons, orthoptist in Mazamet. If glasses or lenses allow you to see “well”, working with an orthoptist corrects visual disturbances linked to poor coordination of eye movements through rehabilitation and rehabilitation. ” As the physiotherapist re-educates the body, the orthoptist rehabilitates the eye on medical prescription from an ophthalmologist.

What is an orthoptic assessment?

The orthoptist begins by carrying out a sensory and motor assessment to assess visual acuity and the disorders to be treated in the person. This assessment includes various situation tests (reading, writing, playing, etc.) as well as eye examinations (measurements of the internal pressure of the eye, its ability to take stock, or the thickness of the cornea. ).

Once the orthoptist has established his diagnosis, he decides, in agreement with the patient, on the strategy to be adopted to improve his sight. Depending on the disorders observed, the orthoptic sessions can be part of a multidisciplinary approach calling on other specialists: optician, occupational therapist, psychologist, etc.

Why go to an orthoptist?

Double vision (diplopia), insufficient convergence, dyslexia (neurovision), difficulty adapting to glasses, headaches, but also oculomotor paralysis following a cerebrovascular accident (stroke) or neurological impairment … There are many and varied reasons to go to an orthoptist.

In children, this specialist corrects strabismus. This misalignment of the two eyes must be treated early to avoid amblyopia, which is characterized by a difference in visual acuity between the two eyes. “This complication is not linked to the eye itself, but to poor development of its eyesight, emphasizes Valérie Bassons. One of the eyes, called the lazy eye, transmits images that are of insufficient quality to be processed by the brain. This phenomenon ultimately leads to very poor vision in the deviated eye and deterioration of overall vision. ”

In adults, vision, which is often over-strained, and an absence of optical correction can lead to visual fatigue and discomfort on a daily basis. We speak of binocular imbalance. Orthoptic treatment consists of performing exercises eye gymnastics to work on eye movements and sensoriality.

READ ALSO »What is the eye gym for?

In the elderly, eye rehabilitation no longer aims to recover vision, but rather to use that which remains, when it decreases. The orthoptist intervenes in particular to help patients suffering from age-related macular degeneration (AMD), the leading cause of low vision after 50 years. It can also treat rarer pathologies, such as retinitis pigmentosa, or eye diseases that become more complicated with age, such as diabetic retinopathy. “The orthoptist then sets up compensatory strategies that will allow them to function better in daily life, says Cécilia Coen, orthoptist at the Institut de la Vision in Paris. He has exercises performed, some of which will be carried out at home and may suggest going to a specialist optician to acquire suitable optical aid equipment (magnifying systems, telescopic systems, etc.). ”

These optical aids will allow smaller characters to be read and the orthoptist will teach the patient how to use them optimally. “While AMD kills central vision, retinitis pigmentosa nibbles peripheral vision to the point that the patient ends up seeing through an increasingly narrow tube which also ends up disappearing,” specifies Valérie Bassons. The purpose of these rehabilitations is to potentiate the little remaining vision, they are based on the motivation and commitment of the patient. “

READ ALSO » Strabismus: it is imperative to intervene before the age of 3

New skills, including the renewal of glasses

Orthoptists are constantly expanding their skills. Since a decree of December 7, 2016, they can provide a pre-consultation, irrigate the eye and instill eye drops, follow a patient for his glaucoma, do an eye fundus to detect glaucoma or retinopathy in a diabetic.

Finally, since April 2020, they can issue prescriptions to renew or fit contact lenses or glasses and corrective glasses, provided that a refractive examination is carried out. The ordinance is valid for one year for those under 16; when it concerns a replacement of lenses, its validity is 3 years for those over 16 years; for a change of glasses, it is 5 years for patients aged 16 to 42 and 3 years for those over 42.

The 2022 Social Security financing bill wanted to go further. An amendment voted on October 22, 2021 should allow patients who require a simple visual assessment or a weak correction of their vision to consult orthoptists directly, without a medical prescription. If the profession, as a whole, welcomes a “victory to improve access to visual care”, some orthoptists, like Valérie Bassons, are worried: “Many people who are already saving ophthalmology will go to the orthoptist for replacement glasses, but what about a serious clinical examination? Do we not risk missing out on insidious glaucoma? “

Obvious, it seems, for the Snof, the main union of ophthalmologists. “The whole profession is opposed to this measure”, affirms Thierry Bour, its president, judging that orthoptists are not “Fairly trained” for this responsibility. This measure is likely to lead to the “Demedicalization of the monitoring of part of the population” even though their appointment times are falling again.