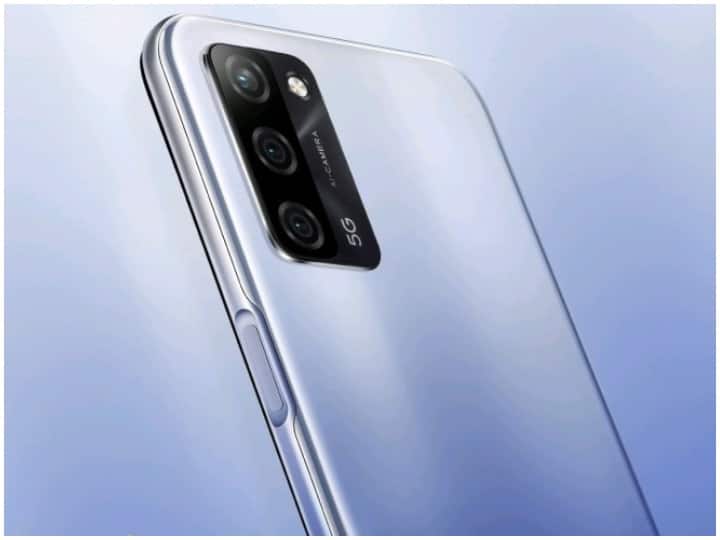 Chinese smartphone company Oppo has launched the cheapest 5G smartphone Oppo A53s in India. The price of the phone is less than 15000 rupees. This phone is equipped with the MediaTek Dimension 700 SoC processor. Along with this, triple rear camera setup has also been given in the phone. Let’s know what other features are in the phone.

specification
Oppo A53s 5G has a 6.5-inch HD + display, which has a refresh rate of 60 Hz. The phone works on Android 11 based ColorOS 11.1. This phone of Oppo is equipped with MediaTek Dimensity 700 SoC processor. It has up to 8 GB RAM and 128GB internal storage.

The camera
Talking about the camera, the triple rear camera setup has been given in Oppo A53s 5G, whose primary camera is 13 megapixels. Apart from this, 2 megapixel macro camera and 2 megapixel depth camera sensor have been given. The phone has an 8 megapixel camera front camera for selfie and video calling.

Battery and Connectivity
Oppo A53s 5G has a 5000mAh battery for power, which comes with 10W fast charging support. The phone is equipped with a side mount fingerprint sensor. For connectivity, features such as Bluetooth version 5.1, NFC, dual-band Wi-Fi, USB Type-C port and 3.5mm headphone jack have been provided in the phone.

Xiaomi Mi 11X Sale: The first cell of Xiaomi Mi 11X is today, the price of the phone with 48 megapixel camera is so much