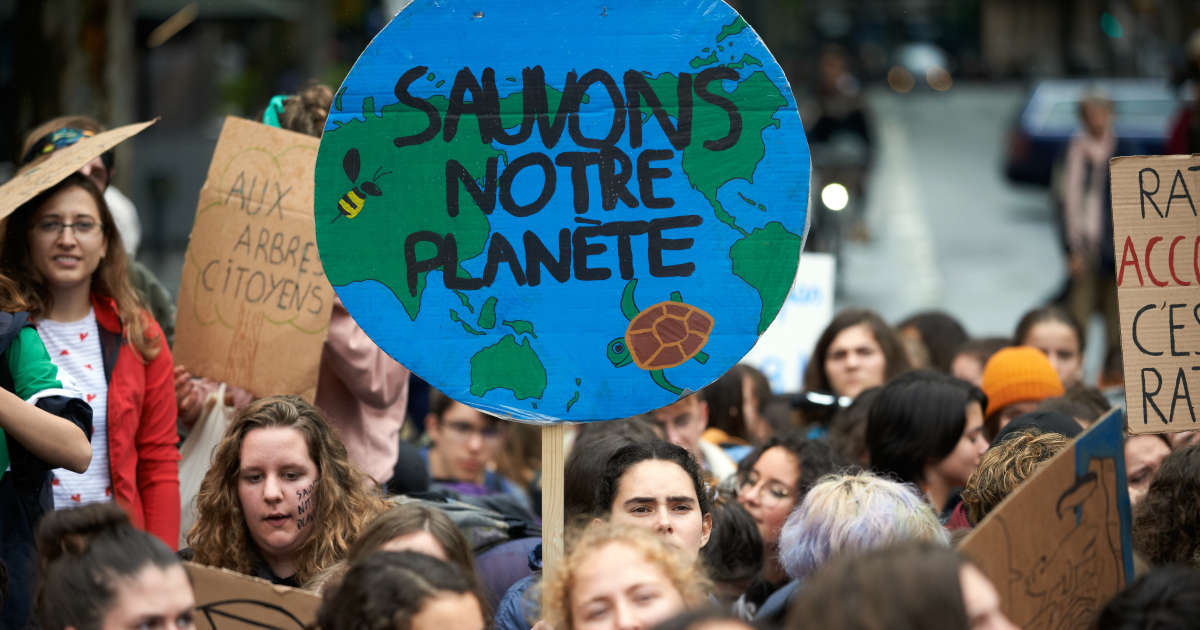 The record is not glorious. Less than one in four large companies in the world is able to limit global warming by 1.5 ° C by 2050, a study by the British investment company Arabesque revealed this Thursday, April 22.

This survey, which reviewed from 2015 to 2019 nearly 700 major listed groups in 14 countries including the United States, the United Kingdom, Japan and France, is unveiled on the day of the launch of the virtual climate summit. hosted by US President Joe Biden.

With Joe Biden, the climate is once again a major issue for the United States

According to Arabesque, 24.84% of large listed companies in the world have taken measures to limit global warming to 1.5 ° C.

The objective of the Paris agreement signed in 2015 is to limit global warming to well below 2 ° C, if possible by 1.5 ° C. If this last objective seems difficult to reach, that of 2 ° C should be respected by 70% of large companies by 2030.

“Statements of good intentions in and of themselves are not going to lead to the actions that are needed. In fact, despite ever increasing commitments, the levels of carbon dioxide in the atmosphere have increased since 2015 ”, underlines Georg Kell, president of Arabesque.

15% of listed companies do not publish their issues

The study observes, however, that 15% of companies listed in the flagship indices of these fourteen countries do not publish their greenhouse gas emissions. The proportion even increases to 29% for the Chinese Hang Seng.

“This year can be a turning point and offers a chance for business leaders to take a broad view and act accordingly. But time is running out “, according to Georg Kell.

Climate: have we already passed the point of no return?

US President Joe Biden has invited 40 world leaders to the climate summit he is organizing via video conference this Thursday and Friday. Among them, the Chinese Xi Jinping and his Russian counterpart Vladimir Poutine.

The EU obtained in extremis on Wednesday an agreement between MEPs and Member States on a net reduction of“At least 55%” of its greenhouse gas emissions by 2030.

The British Prime Minister on Tuesday promised him larger-than-expected emissions reductions of 78% by 2035 from 1990 levels, accelerating the target of reducing emissions by 68% by 2030. The efforts of the United Kingdom and its companies in environmental matters are particularly scrutinized since the country will organize the next climate conference in Glasgow (COP26) in November.