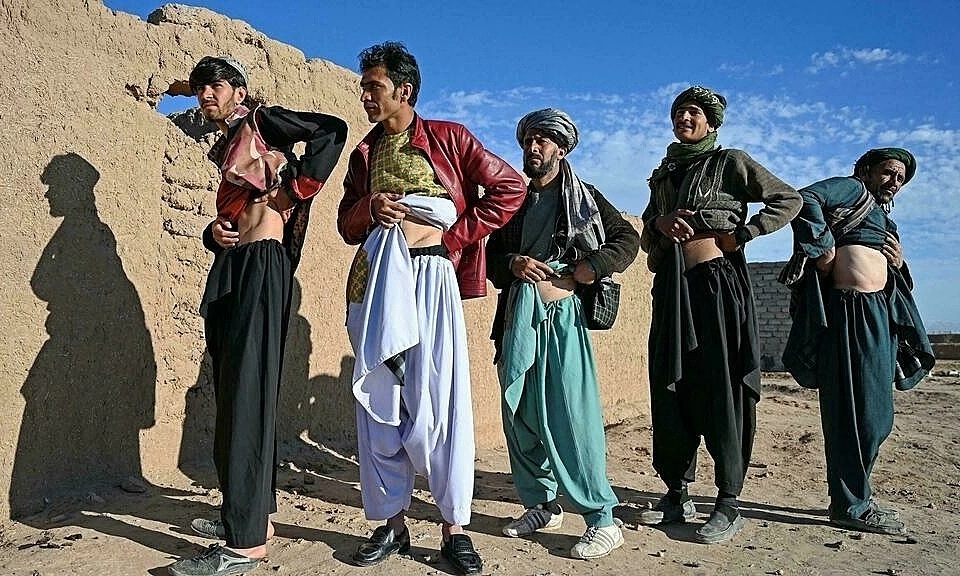 AfghanistanShenshayba Bazaar is a poor village but is famous because most of the people here have sold a kidney to save their family’s hunger.

Unemployment and debt pile up, leaving Nooruddin, 32, with no choice but to sell a kidney.

“I had to do it for my children,” Nooruddin said, claiming he received $1,500. Currently, his 12-year-old son is the breadwinner of the family, earning 70 cents a day from polishing shoes. Nooruddin was unable to do heavy work after surgery to remove a kidney and was constantly tormented by persistent pain.

“Now I really regret it,” the 32-year-old confided. But the number of Afghans willing to sell their organs to save their families is not small.

The sale of human organs is illegal in most countries around the world. In Afghanistan, this is unchecked, as long as the donor confirms written consent and video recording as evidence, to the doctors.

“We have never investigated where the patient or the donor comes from, what the organs are used for. That’s not our job,” said Mohamad Bassir Osmani, a surgeon in Herat.

There is no exact figure on the number of kidneys sold in Afghanistan, but Dr Osmani revealed hundreds of surgeries have been performed in Herat in the past five years as the economy has deteriorated.

Two of Azyta’s three children from Shenshayba Bazaar village recently had to be treated for malnutrition because they couldn’t afford food. “My children have to beg. If I don’t sell the kidney, I will be forced to sell my one-year-old daughter,” she said, adding that a visitor in Nimroz province, southern Afghanistan, bought the kidney for $2,900. “I hope this money is enough to pay off debt, buy food when my husband is unemployed,” Azyta said.

But now, her husband also plans to do the same, when there is no money left. “People are getting poorer and poorer. A lot of people have to sell real because of despair,” said Azyta’s husband.

In developed countries, organ donors and recipients are regularly monitored for health and enjoy special regimes. But this luxury is not for poor Afghans.

Professor Mohammad Wakil Matin, a former top surgeon at a hospital in the city of Mazar-i, said only a small number of organ donors were entitled to health care. “But there is no public health facility that registers kidney donors for routine check-ups. This leaves them trapped in poverty and declining health,” he said.

More than 24 million Afghans, 59% of the population, are at risk of starvation and half a million people lost their jobs after the Taliban took over the country. A few years ago, the village of Hokse in Nepal was also known, when most people sold a kidney to make a living.

Minh Phuong (According to France24, OddityCentral)