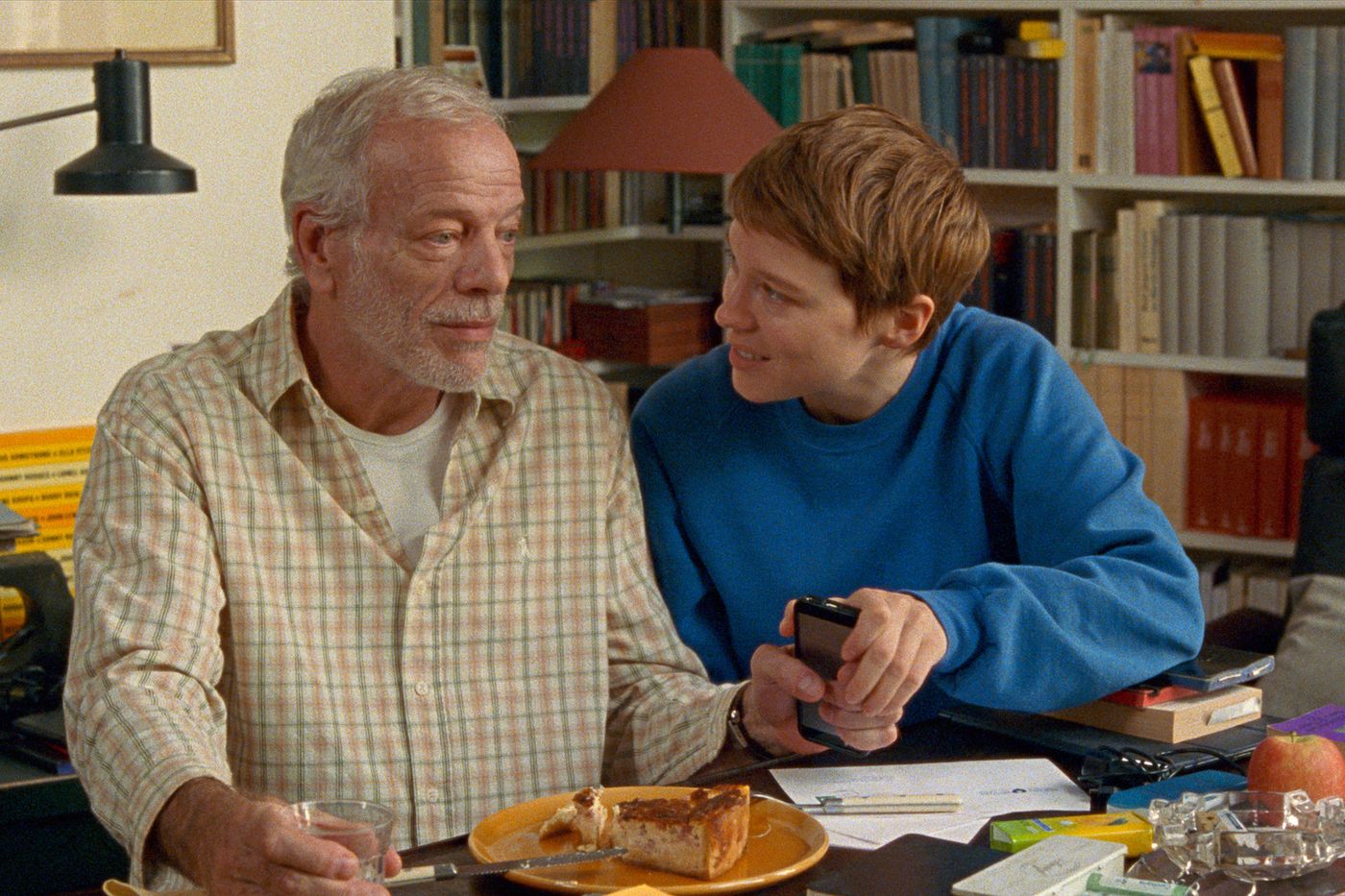 There are times in life when opposite feelings like joy and sadness collide, without necessarily being contradictory to experience them simultaneously. This is what happens to Sandra (Léa Seydoux), a young mother who raises her daughter alone and takes care of her father, Georg (Pascal Greggory), suffering from a neurodegenerative disease.

Witnessing the physical and intellectual decline of this admired man, a university professor adored by his students, who is gradually losing the use of his words is a real heartbreak for her. It is with resignation but also with infinite patience and a great deal of gentleness that she accompanies his decline, seeking to keep him at home as long as possible. As his condition deteriorates and she has to make the decision with her sister and her mother to place him in an nursing home, she meets by chance a childhood friend, Clément (Melvil Poupaud), a married man with whom she lives the first fires of a loving passion.

Léa Seydoux, stripped of the attributes of seduction, particularly moving

Mia Hansen-Løve was inspired by her father’s own illness, who has since died, to capture with great simplicity and delicacy one of those moments in life in which everyone can recognize themselves. With a tenuous script and without much dialogue, the filmmaker has the rare gift of sublimating the banality of everyday life and capturing what makes up the very essence of love, with its joys and its sufferings.

The two lines of stories – the slow degradation of the father on the one hand, the clandestine meetings with Clément on the other – intertwine to make us experience the coexistence of these two feelings in Sandra. Stripped of the usual attributes of seduction, in jeans and a T-shirt, short hair and an eternal bag on her back, Léa Seydoux is particularly moving. Whether his face is tinged with sadness or blossoms in the pleasure of carnal love, he constantly displays that touch of melancholy which expresses his character’s interiority so well.

The young woman is at a turning point in her existence, symbolized both by the father’s apartment which must be emptied, thus liquidating an entire life, and Clément’s hesitations to break up his home in order to fully experience this new love. But the strongest moments are due to this uninterrupted dialogue between the father and the daughter, even when the words escape in the disorder and no longer completely coincide with the thought.

“Bergman Island”, the island of vertigo for couples

Pascal Greggory, emblematic actor of Éric Rohmer’s cinema like Melvil Poupaud, delivers a nuanced score to embody this man at the end of his life who loses his reason but never his elegance or his sensitivity. Nicole Garcia, as a whimsical mother and ex-wife who plays down the heaviest situations with humor, completes a perfectly chosen cast for a film in which love, in all its forms, never ceases to circulate.