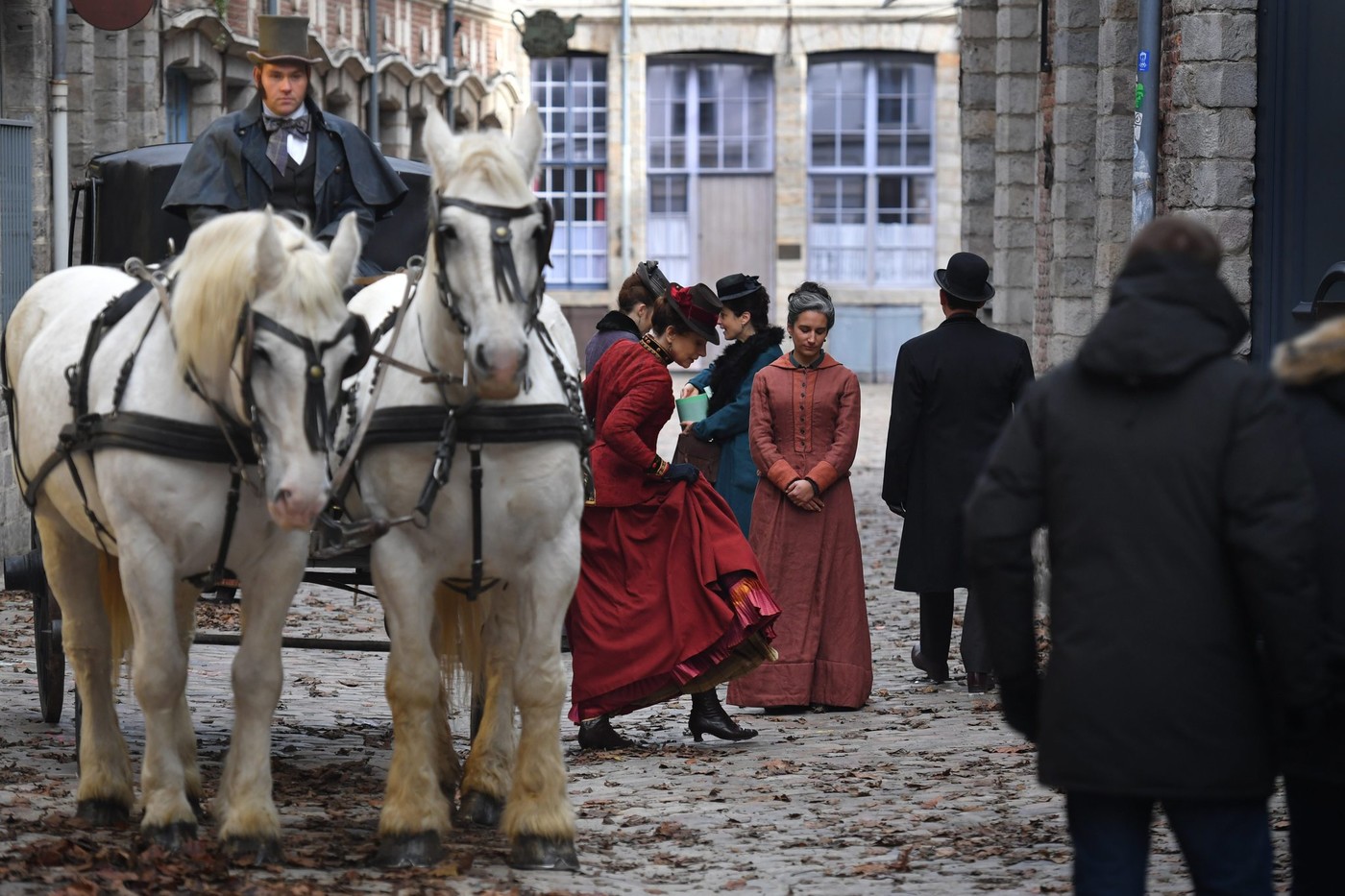 When Prime Minister Jean Castex announced last Wednesday that filming could continue, film and audiovisual professionals took a breath. If the rooms, like all places welcoming the public, had to close their doors, the entire production sector is not at a standstill as during the first confinement.

” It’s good news, confirms Valérie Lépine, General Delegate of the Union of Cinema Producers (UPC). A film that stops overnight can put the company that produces it at risk. And our industry is a chain and we have to be able to offer films when theaters reopen. “

“A risk of an economic tsunami”

Same relief in terms of TV programs. “The absolute danger was not to be able to shoot, estimates Vincent Gisbert, general delegate of the Union of producers and creators of audiovisual programs (Spect). There was a risk of an economic tsunami, especially for emissions that have a very fast production model. “

However, new constraints could be imposed on the teams. An update of the health guide drawn up in May during the deconfinement is expected for the next few days. In Paris, where a large part of the film shoots take place, the police headquarters have placed certain conditions there: a ban on “barnums”, these large tents which house the team’s canteen, and increased vigilance over the footage. of group.

“Compliance with health rules is more imperative than ever, both for obvious health reasons and for reasons linked to the perception by residents of filming activities”, said Michel Gomez, the head of the cinema mission.

No major incident to deplore so far

If the shootings were authorized to continue, it is because no major incident has been to be deplored so far, despite an activity which has redoubled. “A lot of films were behind schedule and are being made in August and September. So much so that it was difficult during this period to find technicians and equipment ”, notes Gilles Porte, president of the French Association of Directors of Photography (AFC).

Wearing a mask, barrier gestures, Covid referent on the sets, tests and regular temperature measurements: all measures have been taken to avoid chain contamination. “As soon as a suspected case was reported, it was withdrawn and tested”, testifies Gilles Porte, who worked on the last film of Michèle Laroque, shot from August 11 to September 26.

But these precautions are not always enough and, with the acceleration of the Covid-19 epidemic, the cases of Covid have multiplied in recent weeks. Programs like “France has an incredible talent”, the series The Crimson Rivers or the film by Catherine Corsini had to be interrupted for a week, sometimes for two weeks. A single big disaster was recorded, on a series intended for Amazon Prime Video whose filming had to be stopped several times.

Cautious, the companies Gaumont and UGC preferred to postpone the shooting of their films to next spring but, on the whole, the activity continues thanks in particular to the fund set up by the government in June to compensate for the lack of insurance who refused to cover the epidemic risk (read below).

“The State, the CNC, the ministry have supported professionals like no other European country has done”, recognizes Valérie Lépine. “We are aware that we have a small chance to do our job, but also that everything can stop again”, emphasizes Gilles Porte.

Concerns also concern the future, in particular “The delayed effect of the epidemic on the cinema financing system, worries Denis Gravouil, of the CGT Spectacles. As he sits on the tickets to theaters, we risk measuring the consequences in six months or a year. “” We are worried and vigilant for 2021, whether or not there is a third wave, for his part, supports Jérôme Caza, in particular because the chains, whose advertising revenues have fallen, are pushing to lower costs. “

The compensation fund for the resumption of filming was set up on 1er June by the government to cover the cost of postponing or canceling a shoot due to Covid-19, which insurance companies did not want to cover.

Endowed with 100 million euros, it covers up to five weeks of interruption within the limit of 20% of the committed capital and 1.2 million euros.

Since the establishment of the fund managed by the CNC, 27 claims were reported out of the 376 shootings that had signed up and only one was compensated, given the delays in examining the files.