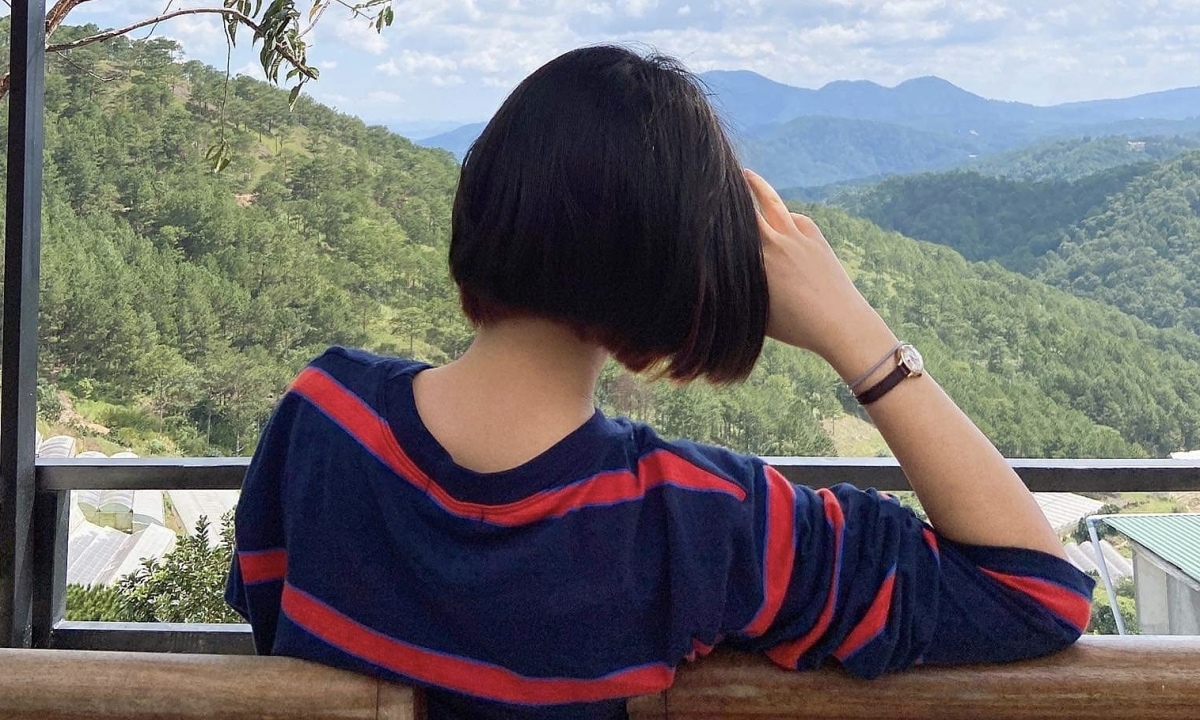 Discovering that Truc Anh ate cold rice in the middle of the night, her mother scolded her because she thought she was “fat enough to eat a lot”, even likened to a “coconut worm”.

This is just one of hundreds of times a 13-year-old girl, in Hung Yen, was scolded by her mother for eating too much, especially when her weight went from 45 kg to 55 kg after two years at home because of the epidemic. To outsiders, Truc Anh is not too fat, but Thanh Huyen, 40, her mother thinks that her daughter is obese.

To force the child to lose weight, the mother put on a diet combined with exercise to force the child to comply. In addition to skipping rope, shaking for 30 minutes in the morning and evening, she has to eat a bowl of boiled vegetables, drink 350 ml of water to quench her hunger before eating chicken breast and brown rice in every meal. If the weight stays the same, even increases after a week of training, the diet and exercises will be upgraded.

Dieting makes Truc Anh always hungry, sluggish, tired, not focused on studying, finding ways to sneakily buy snacks or scrape leftover rice when the whole family goes to bed. Once, when she discovered her daughter hiding under the clumsy table, the 40-year-old woman got angry, rushed to scold, criticize, disparage her appearance, making her feel sorry for herself and burst into tears.

“My mother made me feel humiliated and embarrassed just because of the food,” Truc Anh said.

Thanh Thuy, 30 years old, Hanoi cannot forget the memory of her mother disparaging her appearance during 12 years of school.

From a young age, Thuy was fed by her family according to her preferences because she was an only child, so she quickly faced overweight, weighing 30 kg at the age of 5. People are constantly advised to slow down their daughter’s appetite if she doesn’t want the child to be obese, suffer from respiratory and digestive diseases, affect the brain and make her slow and unintelligent, Thuy’s parents Find ways to help your child lose weight.

During the 5 years of elementary school, her mother constantly talked about the benefits of being thin, wearing nice clothes, being loved by many people and easy to succeed in a society that likes good looks… In middle school, she began to pressure her. verbally, even scolding, forcing her to exercise, then asking her teachers and friends to influence her because her daughter has not reached the standard weight.

“My mother always makes excuses that disparaging my weight helps me have the motivation to lose weight, but I only feel embarrassed, self-deprecating and inhibited. It is a teaching method or implicitly affects a child’s spirit. ?”, she was annoyed.

The story of Truc Anh or Thanh Thuy is quite familiar in Vietnamese families. “Many parents scolding, threatening and criticizing children is language violence, but misunderstanding is teaching their children,” said delegate Tran Thi Kim Nhung, Standing Committee of the National Assembly’s Law Committee, when commenting on the project. Drafting the Law on Domestic Violence Prevention and Control (amended) on June 14.

Figures from the United Nations Children’s Fund (UNICEF) also show that, among children who experience violence, 11% are spanked or beaten; 16% were thrown objects at people; nearly 57% suffered from mental abuse in the form of threats, scolding, and criticism.

In Vietnam, there are no statistics on the number of children who are mentally abused by their families in the form of threats, scolding, and criticism due to being overweight, but the parents’ act of forcing their children to lose weight is grounded. Especially in the context of childhood obesity rates tend to double in the past 10 years. According to statistics of the Ministry of Health in 2020, the rate of overweight and obesity in urban areas has reached 26.8%, 18.3% in rural areas and 6.9% in mountainous areas. The results of the National Nutrition Census 2019 – 2020 of the National Institute of Nutrition show that for every 100 children aged 5-19 years, 19 are overweight or obese.

But that does not mean that parents have the right to criticize their children’s appearance. Assoc. Prof. Dr. Bui Thi An, former Member of the National Assembly, Chairman of the Hanoi Women’s Intellectuals Association, said that parents can comment on the child’s weight but absolutely do not use heavy words to pressure.

Like Truc Anh, constantly being scolded by her mother, comparing her appearance with her classmates makes her self-deprecating, withdrawn, afraid to go to crowded places, hates looking in the mirror because she thinks she is ugly. The stigma about her mother’s weight also made her mistakenly think that being thin was the norm, a measure of perfection.

But even after successfully losing weight, Thanh Thuy is still obsessed with weight. Although her family and friends advised her to be very thin, when she was 1.6 m tall and weighed only 49 kg, the female office worker still sought out weight loss methods in the hope of losing another 4 kg. Weight obsession also causes Thuy to seek extreme measures such as fasting, hooking her throat or using functional foods of unknown origin if someone compliments her “having skin and flesh” or inching her weight up a few ounces.

In addition to criticism from parents, experts say that the disparagement and evaluation of appearance from relatives also cause children to be greatly criticized. Phuong Thao, 20 years old, from Ha Tinh is an example.

Since childhood, Thao has constantly received compliments from relatives and outsiders when she has a well-proportioned body, big eyes and a good-looking face. But everything changed when she was in 10th grade. The pressure of studying made Thao go to coffee and snacks to stay awake but accidentally gained weight out of control. From 45 kg at the end of 9th grade, Thao skyrocketed to 70 kg when she entered 10th grade and peaked at 80 kg when she entered 11th grade.

The change in appearance makes the female student constantly receive suggestions from relatives. “They always ask me how much I weigh, curious about how much my clothes increase, advise me to lose weight if I want to have a lover. But behind my back my wallet looks like a pig, reminding them to look at me as an example, no eat a lot,” Thao recalled.

Angry, Thao started abstaining from starch, drinking water to keep her breath, after hooking her throat, using weight loss drugs… Her weight had not decreased but after a month of dieting, the female student had to be hospitalized because of acute stomach pain. “My thought at that time was just wanting to lose weight to “defeat” those who were disparaging, but did not think of harming the body,” Thao said, and said that she had found safe weight loss methods.

Some experts believe that parents should not be blamed for wanting their children to lose weight. Doctor of education Vu Thi Thu Huong argues that parents are also out of love and hope their children have a healthy and balanced body, so they remind them.

“They are all forerunners, experienced, so they try to advise. But if children are allowed to live freely, according to their interests, it is easy to let loose, causing unexpected harm. Therefore, it is not possible to just blame them. make mistakes, blame parents when it comes to appearance, but look at multiple dimensions. But depending on the psychology of each child, parents should have a suitable approach to their children, “expert Vu Thi Thu Huong said.

Not listening to parents’ advice to lose weight made Hung Hai, 17, in Ho Chi Minh City, become the object of friends’ jokes when his weight hit the threshold of 90 kg in 10th grade. “But I don’t care, I don’t care. Eat if you like, no one can forbid it,” Hai said.

It was only when he weighed 100 kg in 11th grade, was diagnosed with fatty liver, at risk of diabetes, under great pressure on the skeleton, did the male student register for the gym and change his diet according to the instructions. of the coach, because he did not want the disease to get worse.

After three months of perseverance, the 17-year-old has lost 5 kg thanks to muscle building exercises to reduce fat, now trying to bring his weight back to the 80 kg mark or more. “If only I had listened to my parents to refrain from eating, I wouldn’t have been as miserable as I am today,” the male student confided.