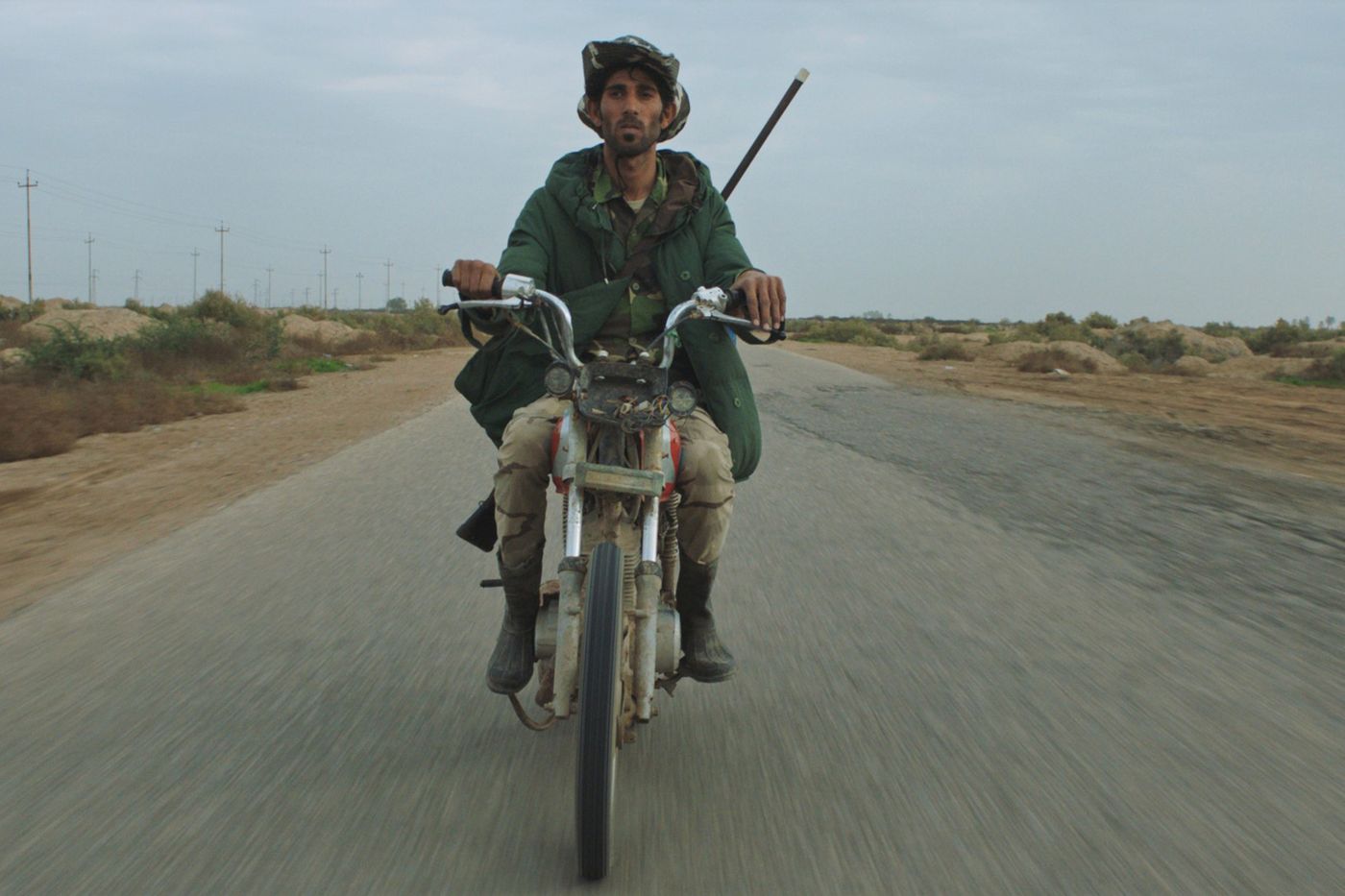 On the marches of unstable borders, a humanity without ties is agitated, driven out by war or which is preparing to face it. She trains, against a background of routine, watching for an enemy, as in The Tartar Desert, who never comes, or wanders on paths without landmarks, weighted with trauma and surrounded by destruction.

It is in this twilight atmosphere, with indefinite contours, that the documentary filmmaker Gianfranco Rosi insinuates himself, as usual. Failing to geographically locate his images, of universal and timeless value, he leaves it to the viewer to deduce their exact origins. It’s up to him to guess, by small clues, where his characters survive, soldiers, women, children, old people. Each in the horizon suddenly limited and threatened with his condition.

Where do they come from ? Who are they ?

Only the poignant testimonies of a group of children commenting, in weak words, on their tragic drawings, and their terror of the night, partially open the veil. They have seen and suffered the abuses of Daesh, torture, murder and beheading of their families. They reflect the raw horror, with its share of tears and despair, astonishment and incomprehension, which are redoubled by the lamentations of devastated mothers, in an empty prison, in front of the traces of the martyrdom of their sons.

Others, soldiers in a barracks, run indefinitely with their uniforms at a regular pace, derisory gesticulation. A teenager engages in an urban rodeo, let off steam or challenge, in the streets of a dimly lit city, emptied of its inhabitants. Suddenly, two horses emerge and make the gallop of their riders resound with their hooves. Where do they come from ? Who are they ? Where are they going ? What do they do ? No one will ever know.

A hypnotic film, with insistent chiaroscuro

Gianfranco Rosi specifies in his synopsis that he filmed for three years, along the borders of Iraq, Kurdistan, Syria and Lebanon. He fills his film with strange situations, with lost profiles sculpted by the proximity of war, that indomitable peril which condemns the living to gravitate only around its fatal attraction. With its long sequence shots, this hypnotic film, with insistent chiaroscuro, at times sumptuous, only reinforces the mystery of its meaning through its aesthetics. As if the extreme care taken in the composition was enough to give it meaning.

→ READ. Walls and borders on the screens of Berlin

Acclaimed at the Venice Film Festival in 2020, announced as a favorite favorite by Italian critics, acclaimed by international critics, Gianfranco Rosi left the competition empty-handed, as if the jury had made a point of telling him that he did not endorse neither his afféteries, nor the obscure clarity of his images.