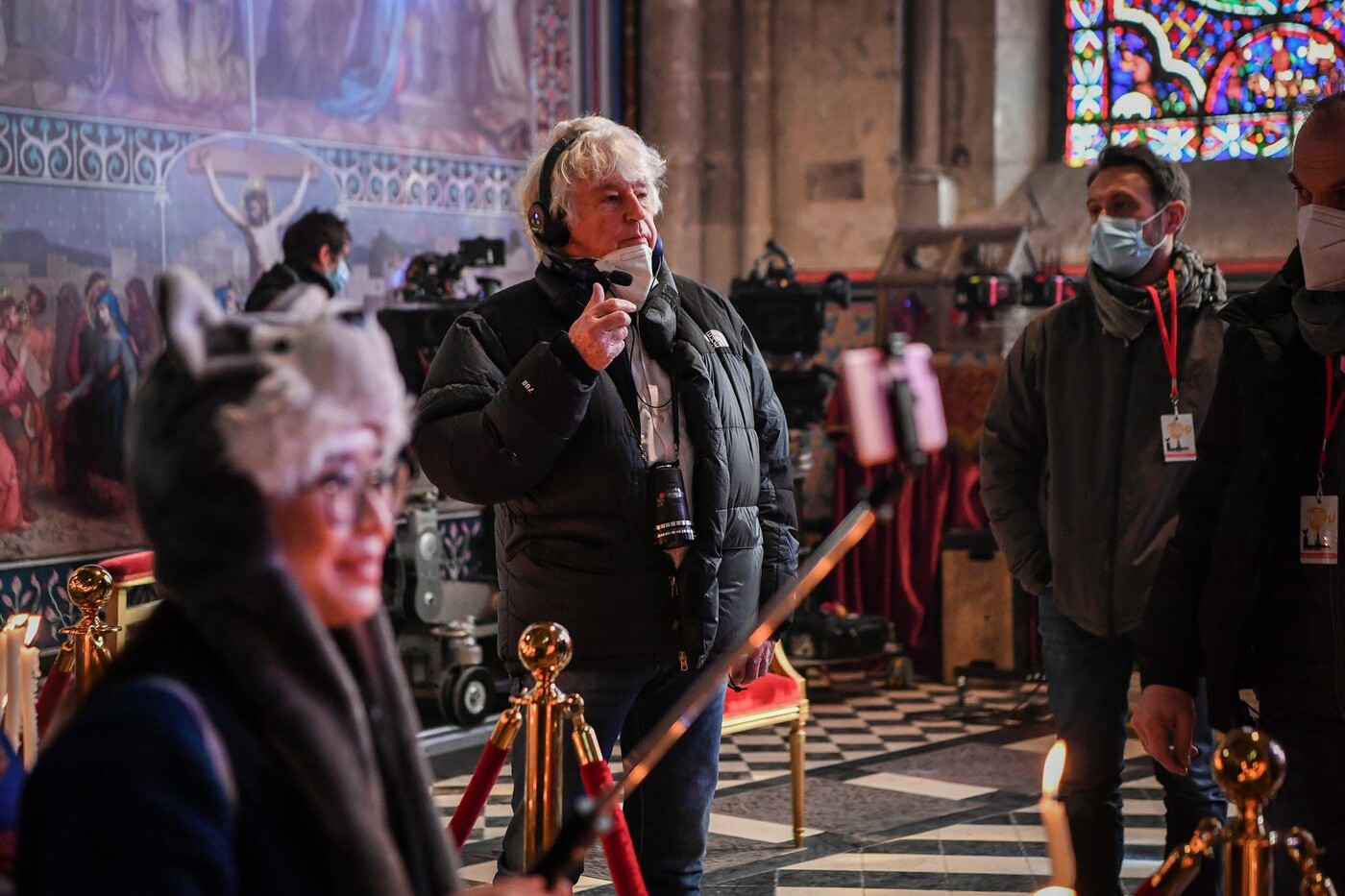 It is in Bourges, in the Saint-Étienne cathedral, originally built on the model of Notre-Dame de Paris, and which is the one that comes closest to it architecturally, that the director Jean-Jacques Annaud began Tuesday March 9 the shooting of “Notre-Dame burns”. About a hundred extras were summoned to play the role of tourists strolling in the nave just before the fire alarm went off on April 15, 2019.

The film, which is scheduled for release in spring 2022, is a kind of docu-fiction which, according to its director, aims to make us relive from the inside the 24 hours during which the cathedral suffered the worst disaster in its history. With the aim of combining “The rigor of the documentary with the emotion of the cinematographic spectacle”, writes the filmmaker in his note of intent. A big budget and big show film, shot in French but intended for international audiences and theaters equipped with very large screens and the latest sound technologies.

Today begins the shooting of # Our Lady Burns of @JJAnnaud, co-written with #ThomasBidegain and produced by Pathé Films.
This feature film recreates the fire in the cathedral hour by hour @notredameparis, the most important disaster in its history. pic.twitter.com/wj0mqr0BLO

A scenario that reflects “98% reality”

The principle is to mix the real images recorded from the outside on the day of the fire – images from television or laptops filmed by onlookers – that he recovered following international research with those, reconstituted in large sets. reconstructed identically in studios, episodes that no one was able to film at the time of the tragedy. And thus to approach as close as possible to the event.

Originally, it was the boss of Pathé, Jérôme Seydoux, who suggested to the filmmaker to make a documentary on the Notre-Dame fire. After having documented himself, Jean-Jacques Annaud sees in it all the potential for fiction that the drama conceals. At the end of a meticulous investigation with the intervention services which took turns that day at the bedside of the cathedral, he writes with the screenwriter Thomas Bidegain, usual accomplice of Jacques Audiard, a scenario ” which 98% reflects reality “He told AFP.

The story therefore focuses on the hours during which the cathedral almost disappeared and ends in the early morning of April 16, when it is declared definitively saved. “ The film traces the challenge for the emergency services to have been warned so late, the challenge of transporting men and equipment through the Parisian traffic jams and the crowd of onlookers, specifies Jean-Jacques Annaud. It continues with the perilous combat of those who have been confronted with a monstrous fire, and whose expertise and courage have triumphed at the end of the night.. “

A choral work, it features some of these heroes including the four firefighters who arrived first and did everything to cool the scaffolding while waiting for reinforcements but also all those who contributed through their coordinated efforts to save the building: police officers, architects, curators, etc. ” Hollywood fashion is for superheroes on steroids, piloting digitized intergalactic ships to save humanity. Ours are these soldiers of fire, humble, trained, admirable, who chose to endanger their real life to save a symbol: that of Paris, of France and of a religion that was not necessarily theirs ” , underlines the filmmaker.