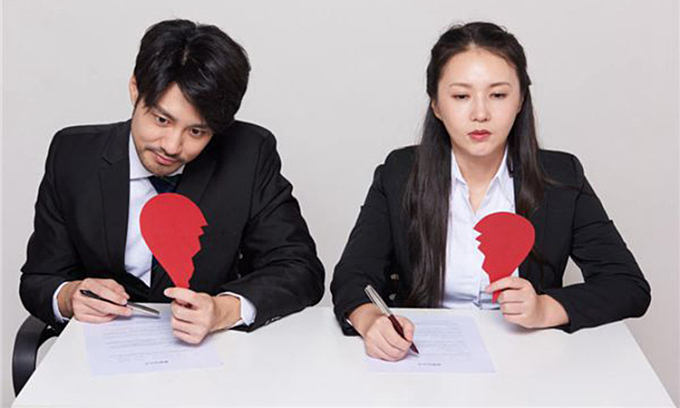 Older brotherInflation and economic difficulties are said to be the causes of many family conflicts, but more tragically, they do not dare to divorce because they are worried about not having enough costs to complete the procedures.

Niamh McCarthy, a lawyer working at Stowe Family Law firm, said that finances are always a concern for couples who are contemplating divorce. On average, a divorce in the UK costs £14,500 in legal fees.

“In one of our studies, a quarter of couples on the verge of divorce were forced to postpone it because of the increasing cost of living,” Niamh said. According to him, the increase in interest rates, electricity and water bills, makes many people afraid of not being able to live alone. According to British law, households (with spouses, children) enjoy preferential rates of electricity, water, and living expenses than single people.

Ironically, the cost of living crisis is also the cause of many broken marriages. In other words, lack of money causes couples to quarrel, quarrel and want a divorce. But to get a divorce, they have to pay very high court fees along with another more expensive cost of living.

Louise, 28, said she and her partner, married three years ago, had separated and wanted a divorce but couldn’t afford it. “We can’t cancel the lease early, and we can’t both pay the rent alone. So we’ll continue to live together for another six months,” she said.

Luckily for Louise, even though she shared a house, her partner didn’t cause any problems. “We broke up not because we did anything wrong, but because we both changed a lot,” concluded Louise.

But not everyone is in such comfortable circumstances. A representative of the law firm Stowe Family Law said that the concern of many couples is that they are trapped in the enemy’s hostility, but cannot get a divorce because of lack of money.

“When couples find themselves forced to live in the same house because they can’t afford to live separately, stress increases and the potential for abuse increases,” said a spokesperson for Stowe Family Law.

Elena, 44, and her partner are in a similar situation. She and her husband separated 6 years ago, intending to continue living together to save money because if they divorce, the mortgage debt will be huge. They plan to rent a house together until the house is sold.

But her ex-husband Elena became increasingly violent. “Not loving, not even respecting each other, but having to live in the same house is really difficult. Soon, we were arguing and threatening each other as usual,” she said.

Elena had to stay with her mother until the house was sold. “I advise couples in a similar situation to go anywhere, but don’t get stuck with bad spouses just for the money,” she said.