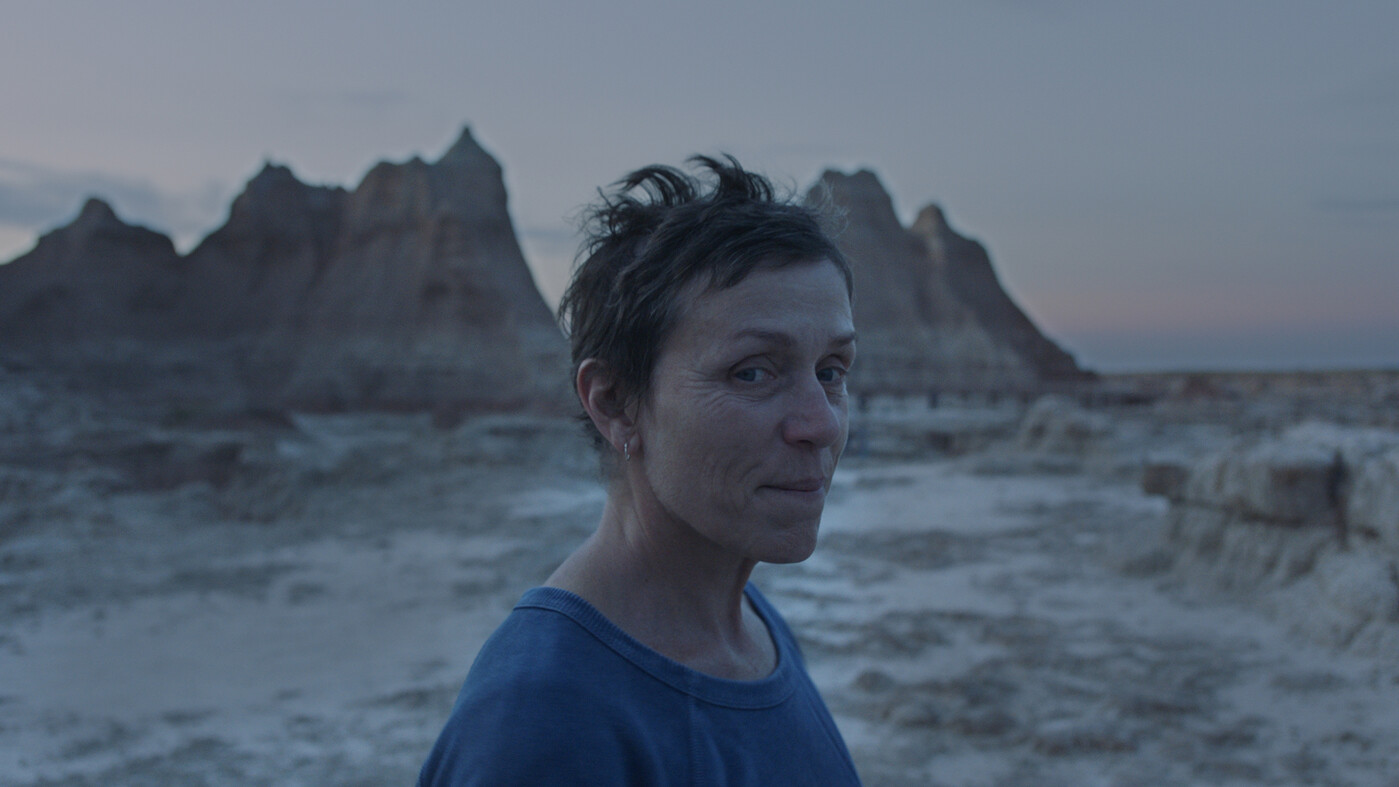 It’s hard not to get attached to this battered character of a woman who crisscrosses America in her van in search of odd jobs to survive and a place to land for the night. Especially when he is played by Frances McDormand, an actress with an intense presence whose talent has been crowned with a well-deserved Oscar.

It serves both as a common thread and as a guide in this astonishing film, a mixture of fiction and reality, which takes us through legendary landscapes, to meet this population of nomads thrown onto the road by the economic crisis. As if the founding myth of the conquest of the West and of the borders to always be pushed back this time came up against the invisible wall of unbridled liberalism, leaving the weakest on the road, with no El Dorado to find other than their own freedom.

Fern is one of them. The 61-year-old replacement teacher widow lost everything including her home after the economic collapse of Empire, the mining town in Nevada where she lived. Forced and forced, she decides to hit the road in a van converted into a mobile home to try to find a slightly better future elsewhere.

Adapted from an investigative book by Jessica Bruder

At first solitary, experiencing every day the limits and pitfalls of her new way of life, she will gradually merge into the larger community of those who move to the liking of ever more precarious jobs. An extra in a warehouse of the giant Amazon at the time of Christmas orders, the beet harvest alongside migrants or the management of a campsite during the summer season in exchange for a place to rest for a few weeks. They run into each other, help each other out, end up forming friendships, and even reunite every year at an annual gathering held in Arizona.

To adapt Jessica Bruder’s survey book, the American director of Chinese origin, Chloé Zhao, has remained faithful to a method inaugurated with her first film The Songs that my brothers taught me, then continued in The Rider, both shot on the Pine Ridge Indian Reservation. She immerses herself in a community, builds fiction inspired by reality and shoots in a small team with non-professional actors playing their own roles.

A new kind of pioneer

As the journalist immersed herself in the nomadic community to write her book, she launched actress and producer Frances McDormand on the road, recruited real nomads to serve as her mentor on her journey, and on a scenario that could not be thinner – that of a woman who falls into poverty and ends up finding freedom and independence on the road – let herself be carried away by the situations and characters encountered along the way. A semi-improvised mode of narration which makes all the strength and the originality of this unclassifiable film in the form as in the subject.

No miserability in the story. The difficulties of each other, told without pathos around a fire, are here sublimated by the magnificent landscapes of the American West filmed in cinemascope. From South Dakota to Arizona via Nevada and northern California, the sets have the evocative power of westerns and make this population of nomads, faithful to American individualism, a new kind of pioneer. And if they end up finding in this way of life, where resourcefulness and solidarity reign, a form of resilience, it is the better to set it up as a counter-model of a American Way of Life enslaving. Undoubtedly bathed like many foreigners by all the imagery of Hollywood cinema, the Beijing-born director skilfully uses it to better confront her with the reality of the American dream. And uses the power of cinema to magnify its margins in overwhelming fictions.

After a childhood in China, she went to study political science in London, then cinema in New York.

His first movie, The songs that my brothers taught me (2015) is selected at the Sundance Festival and the Directors’ Fortnight in Cannes.

The Rider in 2017, obtains the grand prize of the Directors’ Fortnight at Cannes then that of the American Festival of Deauville.

She was chosen by Disney to direct The Eternals, Marvel franchise blockbuster starring Angelina Jolie and Salma Hayek, slated for release this year.