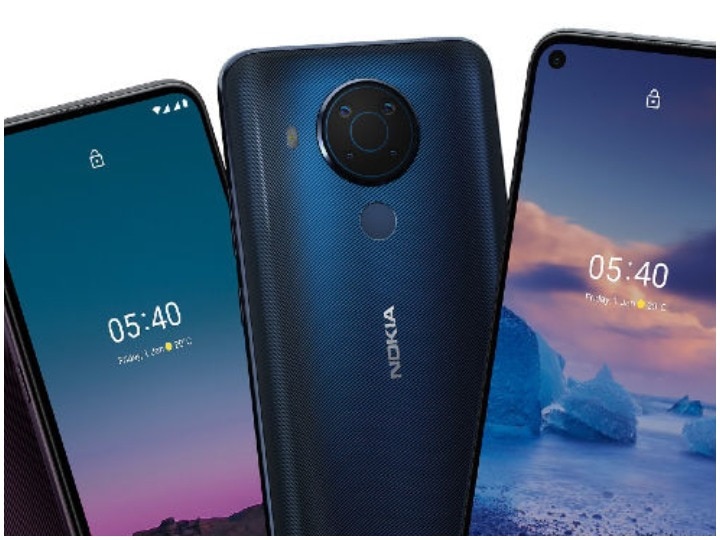 HMD Global company is going to launch the event next week. This event will be held on 8 April. In this event, the company can launch Nokia G10 and Nokia G20 under the G series. Apart from this, Nokia X10 and Nokia X20 can also be launched under Nokia X series. Also, the company can bring its 5G phone as well. This Nokia event will be held on April 8 at 7.30 pm Indian time.

specification
Specifications of Nokia’s smartphones have been revealed before the launch. According to which a 6.4-inch HD + display can be given in Nokia G10 smartphone. This phone can be launched in two variants, which include 3GB RAM + 32GB storage and 4GB RAM + 64GB storage. The phone can be equipped with octa-core chipset. This phone works on Android 11 operating system.

The camera
The quad camera setup has been given in the Moto G10 smartphone, whose primary camera will be 48 megapixels. Also, 2MP depth sensor, 5MP ultra-wide and a 2MP macro lens can be given. At the same time, 16MP camera can be supported for selfie and video calling.

4000mAh battery
For power, a 4,000mAh battery can be given in this Nokia phone. Which will support 10W fast charging. Apart from this, Nokia X10 smartphone can be launched with 5G support. Nokia X10 and Nokia X20 phones will be equipped with Snapdragon 480 5G processor. This phone will be available in white and green two color options.

Redmi Note 10 Pro Max will compete
Redmi Note 10 Pro Max has a 6.67-inch Super AMOLED display. It works on MIUI 12 based Android 11 operating system. For performance, Qualcomm Snapdragon 732G processor has been given in it. It has 8GB RAM and 128GB internal storage, which can be increased to 512 GB with the help of MicroSD card.

Redmi Note 10 Pro Max also has a quad camera setup, whose primary camera is 108 megapixels, secondary 8 megapixel ultra wide angle lens, 2 megapixel micro lens and 2 megapixel depth sensor. It has a 16-megapixel front camera for selfie and video calling. For power, the phone has a 5020mAh battery, which comes with support for 33W fast charging. Its 8GB RAM and 128GB internal storage variant is priced at Rs 21,999.

Micromax IN 1 launched with 5000mAh battery, know what is special in the phone

Samsung Galaxy F12 to enter India on this day, camera will be equipped with samsung isocell technology