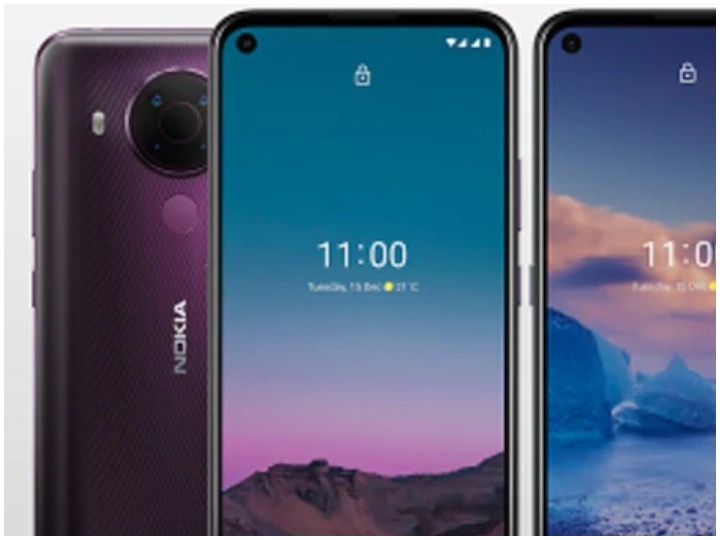 Smartphone company Nokia can launch its new phone Nokia 5.4 in India today. The page for this Nokia phone has been made live on Flipkart. This phone, which is being considered as the successor of Nokia 5.3, was launched globally in December. Right now it is going to enter India. This phone has a 48 megapixel camera.

specification
Nokia 5.4 has a 6.39 inch HD + display. This phone works on Android 10 operating system. The phone is equipped with an octa-core Qualcomm Snapdragon 662 processor. It has 6GB RAM and 128GB internal storage. For connectivity, features such as 4G LTE, Wi-Fi, Bluetooth, GPS / A-GPS, USB Type-C and 3.5mm headphone jack have been provided in Nokia 5.3. It also has a rear mounted fingerprint sensor.

The camera
Nokia 5.4 has a quad rear camera setup for photography, whose primary camera is 48 megapixels. LED flash is also provided in the rear camera module. This smartphone has a 16-megapixel camera for selfie and video calling. For power, the phone battery has been given 4000mAh battery.

This may be the price
The price of Nokia 5.4 smartphone in India has not been known, but in Europe, the price of the 4 GB RAM + 64 GB storage variant of 5.4 was EUR 189 i.e. around 16,600 rupees. It is believed that this phone can also be launched in India with this price or the price around it.

Realme 7 will compete
Nokia 5.4 will compete with Realme 7 in India. This phone of Reality has 64GB internal storage with 6GB of RAM. You can buy this phone in mist blue or mist white color. The phone has a 5,000mAh battery with 30W dart charge support. This smartphone works on the MediaTek Helio G95 processor. Which has a 64MP quad rear camera setup. The phone has a 6.5-inch full HD Plus display and the price is Rs 14,999.

Samsung Galaxy F62 will knock in India on this date, 7000mAh battery will be available