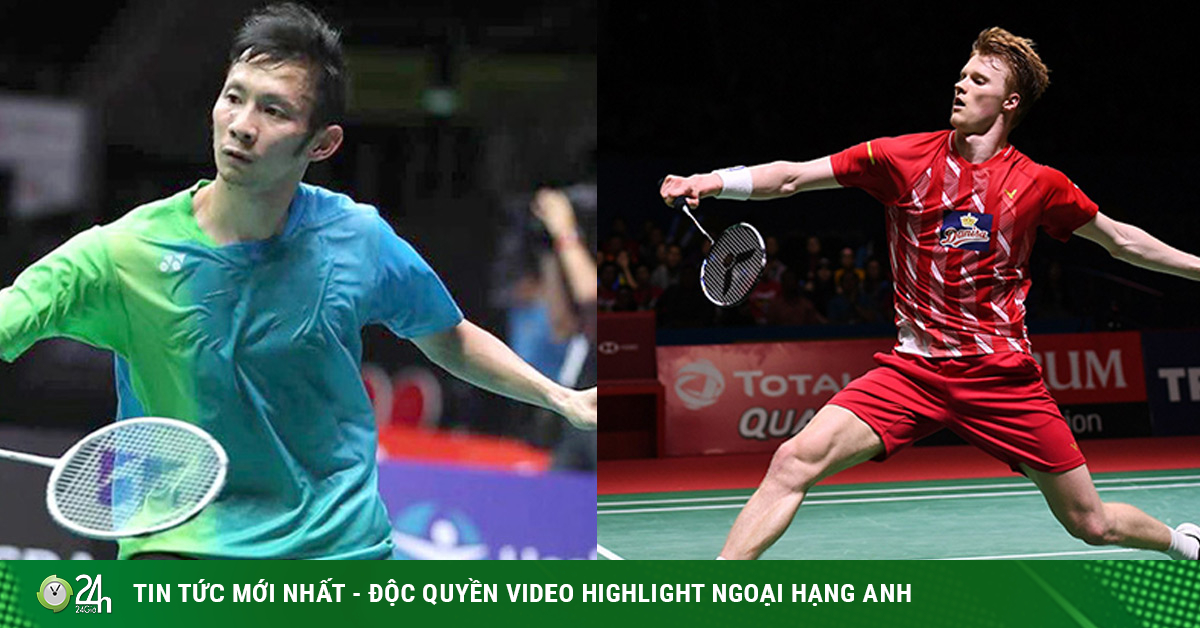 Recently, the Badminton World Federation (BWF) has announced the results of the draw to divide the groups for the contents of the Tokyo Olympics. In the men’s singles, Nguyen Tien Minh (world No. 60) is in Group L with world No. 3 Anders Antonsen and Ade Resky Dwicahyo (Azerbaijan).

World No. 3 tennis player Antonsen is the opponent of Tien Minh at the Tokyo Olympics

Antonsen is a name that is no stranger to Tien Minh when the No. 1 player of Vietnam badminton once lost to the Danish athlete quite closely with a difference of 16-21 and 18-21 in the round of 32 of the 2018 World Championships. .

With a height of 1m83 and strong progress in recent years, the 24-year-old tennis player will definitely cause Tien Minh many difficulties in this reunion. The other opponent of the 38-year-old old man is Dwicahyo, 23 years old this year and ranked 80th in the world.

Tien Minh’s table at the Olympics

Meanwhile, in the women’s singles, Nguyen Thuy Linh (ranked 49 in the world) is in Group P, the only group with 4 athletes at this Olympics. Thuy Linh’s most formidable opponent in this table is the world No. 1 female tennis player from Taiwan (China) Tai Tzu Ying. The other two names are Qi Xuefei (France, 41st in the world) and Sabrina Jaquet (Switzerland, 46th in the world).

With this grouping result, the two Vietnamese players are expected to face many difficulties in contesting the only next place for the top player in each group. Especially when in the past time, Tien Minh and Thuy Linh both faced many difficulties in training as well as not being able to compete internationally due to the Covid-19 epidemic. 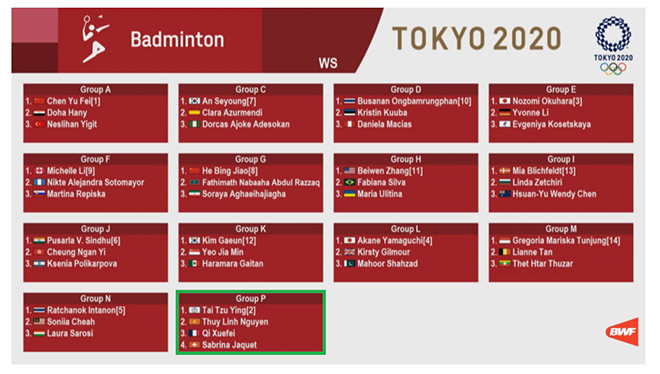