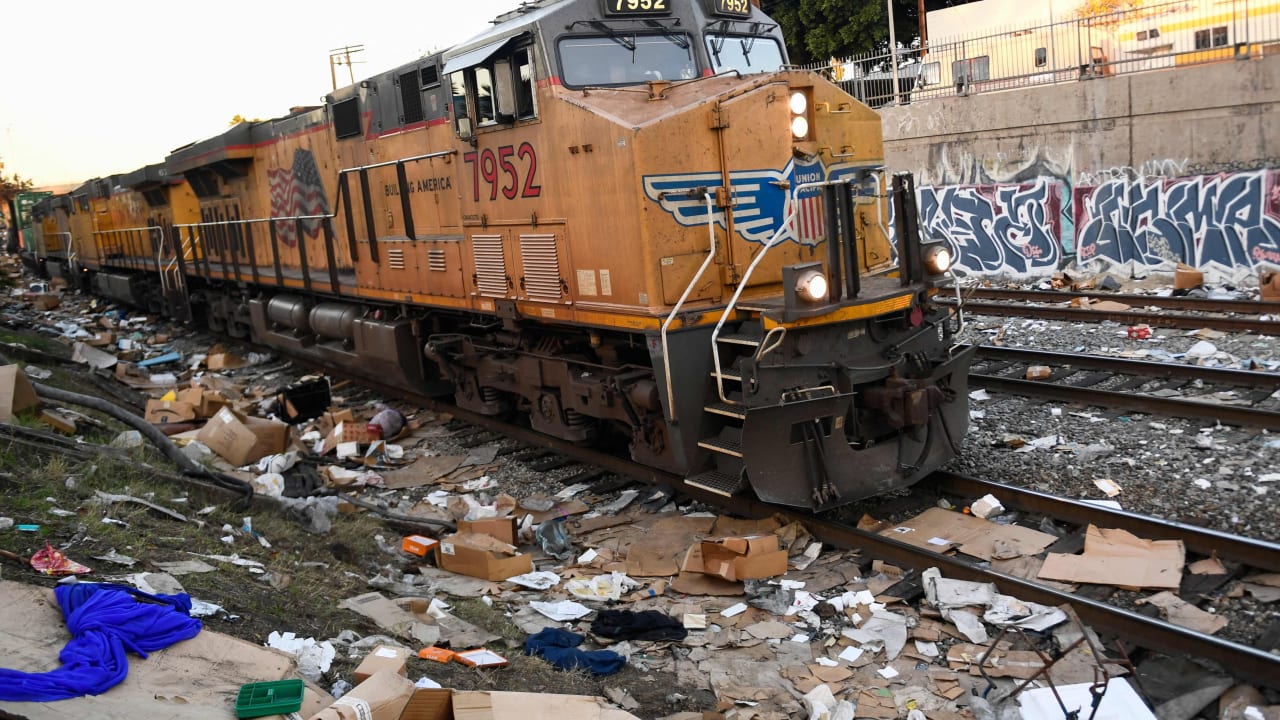 Los Angeles – It looks like a garbage dump. Torn packages and discarded merchandise from Amazon and other retailers line the Los Angeles, U.S., railroad tracks.

California is struggling with a spate of burglaries and thefts, according to the AP. New in the thieves’ sights: freight trains that are looted while they are in motion.

For months, the freight containers on trains approaching downtown Los Angeles have been bolt-cuttered, searched and looted. The thieves simply throw what is not needed next to the tracks.

A CBSLA television crew filmed a thief fleeing the area with several packages on a section of the Union Pacific tracks.

Back in November, thousands of discarded boxes were counted along the tracks lined by homeless camps northeast of downtown in the Lincoln Park area.

The railroad company Union Pacific expressed concern in a statement about the increasing level of freight theft in California. The number of surveillance patrols has been increased, it said.