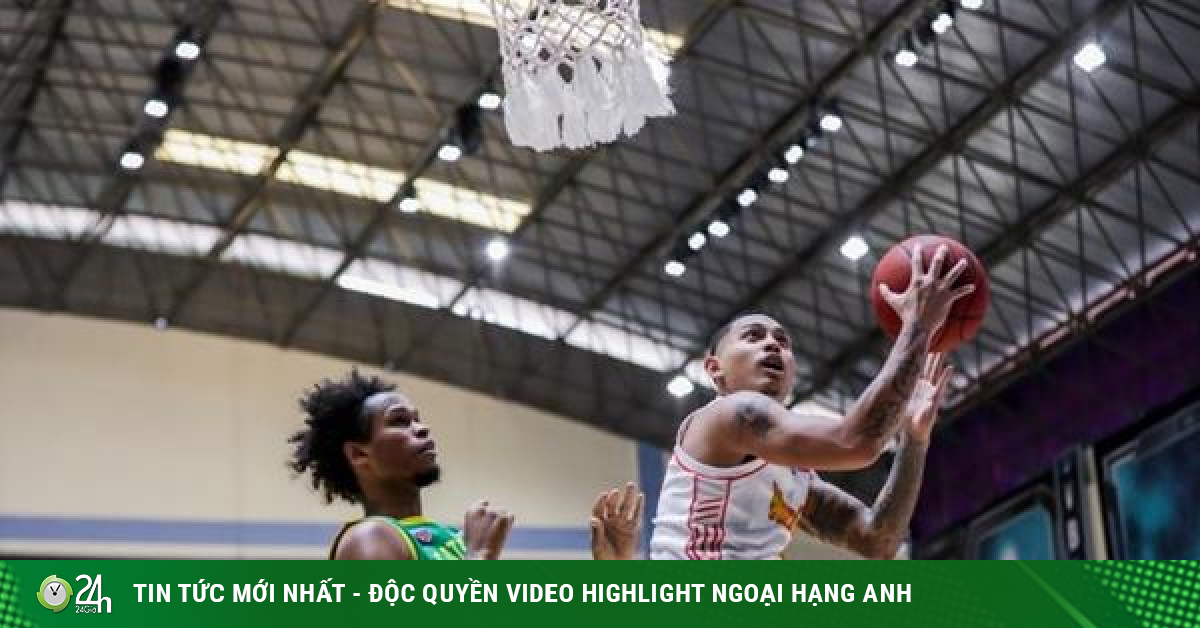 In the context of the COVID-19 pandemic with many complicated developments and tournaments being postponed, the VBA Premier Bubble Games (experimental match series) of Vietnamese basketball has brought special experiences to the players in this game. This is considered a playground to help players, especially young players, hone their skills to prepare for the upcoming big tournament, especially the 31st SEA Games will take place. out at home in Vietnam.

Dream of changing the color of medals on the home field

From the historical milestone with 2 bronze medals at the 30th SEA Games 2 years ago in the Philippines, Vietnamese basketball players have built the idea of ​​summoning the national team to participate in the Vietnam professional basketball tournament – VBA2021 as the third team. eight. The participation of the national team in the tournament with professional clubs is unprecedented for Vietnamese sports. This is considered a breakthrough decision of VBA and Vietnam Basketball Federation (VBF).

In order to have the force to participate in the tournament, VBF and VBA successfully persuaded the owners of the teams to bear the loss when approving the main players to join the team. The national team was thus established with many familiar names who had attended the SEA Games such as Justin Young, Dinh Thanh Tam, Khoa Tran, Le Ngoc Tu… Besides, young players were also given opportunities such as: Richard Nguyen, Huynh Thanh Tam, Son Minh Tam, Nguyen Anh Kiet…

Creating a “playing field” for players to rub and hone their competitive abilities will help Vietnamese basketball have more opportunities to change the color of medals at the 31st SEA Games. Photo: VBA.

Basketball has become the subject with the most “long-term” focus of all subjects in the preparation for the 31st SEA Games at home, when it is expected to take place around November 2021 and also. is a team that operates on a 100% socialized budget. 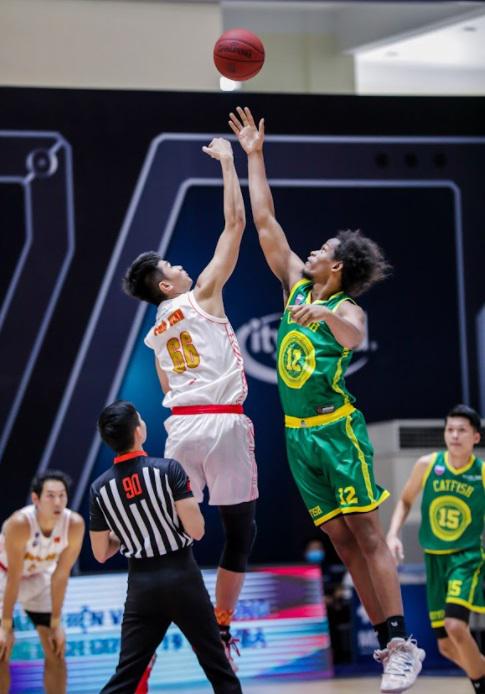 The COVID-19 epidemic and the series of experimental matches

The outbreak of COVID-19 for the fourth time turned the plan upside down, the Tip-off Cup for the pre-season tournament was canceled, the VBA moved the location to Nha Trang (Khanh Hoa) and the rules were also forced to change accordingly. suitable for actual conditions. The members of the national team therefore also had more than 2 months of accommodation and playing football in “concentrated isolation” at VBA Bubble while the Vietnam professional basketball tournament in 2021 became a series of experimental VBA Premier Bubble Games matches. .

Not having enough matches as expected after the changes due to the impact of the COVID-19 epidemic, the national team under the guidance of coach Kevin Yurkus still had great experiences when participating in the VBA Premier Bubble Games with 7 professional teams. The result is very positive when the opponent of the national team is also strengthened with 2 foreign soldiers, instead of 1 like last season.

Coach Kevin Yurkus assessed that the participation of the national team in VBA2021 is a great preparation for the upcoming SEA Games, although the participation in the competition was not as expected when the experimental series was shortened, but also because of that, VBA Premier Bubble Games matches become even more valuable. The strength that comes from the connection between individuals is what this leader emphasizes.

“I coach the team since 2019 and again in 2021 in VBA. The players all know each other. They know me. I know they. We trust each other. So the effects of COVID-19 and the fact that some players have to return to the US are not really an issue. I feel that once we get the whole team together, it doesn’t take long for us to bond and our boys are excited. They are ready and eager to play together,” coach Kevin Yurkus shared 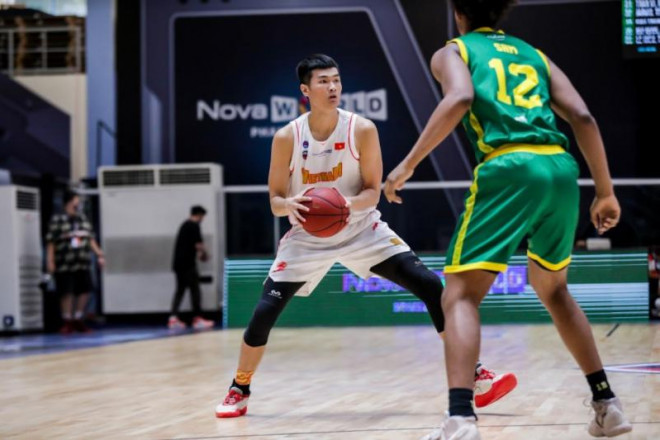 Looking back on the past journey of the national team in the experimental series of VBA2021, Kevin Yuskur emphasized, the first thing to look at a national team is the core group of athletes and in the Vietnamese team are faces like Justin Young, Tam Dinh , rookies from the 30th SEA Games. Then, it is necessary to ensure that the right pieces are left on the list to support and accompany the core players.

The top seven players of the national team are veteran faces who have played in the national team before, but besides that, there are young faces. Attending experimental matches at VBA Premier Bubble Games helps rookies really play their roles, especially when they receive effective help from senior players. That has helped the team to have cohesion on the football field, as well as in life outside, during a long time in Nha Trang (Khanh Hoa).

“The players love the team very much, are close to each other. We really enjoyed the experimental matches together and a lot of it was the role our veteran players played in leading the rookie boys,” coach Kevin Yurkus shared.

Of course, things don’t always go smoothly, the national team in VBA Premier Bubble Games won 5 and also lost 4 matches. Including a series of 3 consecutive losses against Danang Dragons, Hanoi Buffaloes and Saigon Heat. But this is not so important to a team built for the purpose of the SEA Games. Mr. Kevin Yurkus assessed that the professional quality at VBA2021 has improved a lot. The addition of a second foreign player has raised the level of competition. Names like Danang Dragons, Saigon Heat, Hanoi Buffaloes, Thanglong Warriors… are all very strong, Hochiminh City Wings also owns two high-quality foreign players.

Instead of focusing on a few months as the original plan to attend the SEA Games at the end of the year, the national team’s plan became more “long-term”, when the 31st Southeast Asian Games was decided to postpone. May 2022 and received consensus. There will be changes in the training and competition plans of the national team and possibly even changes in personnel in about 6-7 months, from now until the opening of the SEA Games. On a positive note, the national team will have more time for the elements to bond more, for the goal of changing the color of medals and Vietnamese basketball will create miracles right at home. 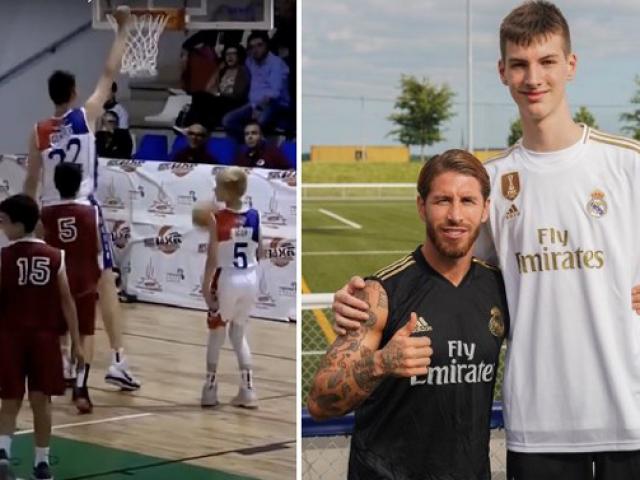 (Sports news, martial arts news) The Canadian player with a huge body is the teenager with the best height in the world.

According to Nguyen Binh (Police)