Naomi Osaka, the Japanese world No. 2 player, had to quit midway through Roland Garros 2021 because she announced she would not attend press conferences. After saying these things, she received a strong response from the media and the audience, the pressure made the Japanese player forced to quit Roland Garros 2021 for reasons of health and bad spirit. 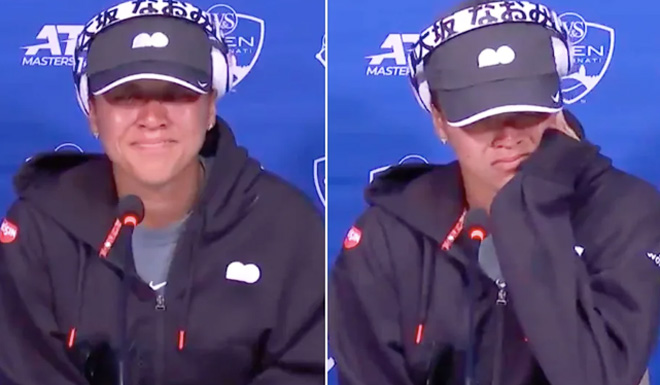 After the clay Grand Slam tournament, Osaka only attended the Olympics but did not achieve good results. Currently, the 23-year-old tennis player is in the US to attend the Cincinnati Open, Osaka also has his first press conference since Roland Garros.

As soon as Osaka arrived, a journalist at the Cincinnati tournament asked the Japanese player an uncomfortable question. Paul Daugherty, a reporter with a related question about Osaka is often covered with beneficial information by the media, but she “turns away” from the people who made her famous.

Having to receive an uncomfortable “brainstorm” question, the world No. 2 player sobbed, it took her a while to calm down to answer.

Naomi Osaka’s agent, Stuart Duguid, criticized Daugherty because the reporter had deliberately “made it difficult” for the Japanese tennis player.

“That annoying question, explains why the relationship between the tennis player and the media has become strained. Everyone who watched the video interview saw the reporter’s voice as if he was threatening Osaka. Real behavior It’s like confirming that Naomi is in debt to the media”, Duguid defended Osaka

Reporter Daugherty later did not respond to Duguid’s criticism. (Sports news) Female doctor and bodybuilder in China captivates fans with her photos of flying and dancing in the forest.