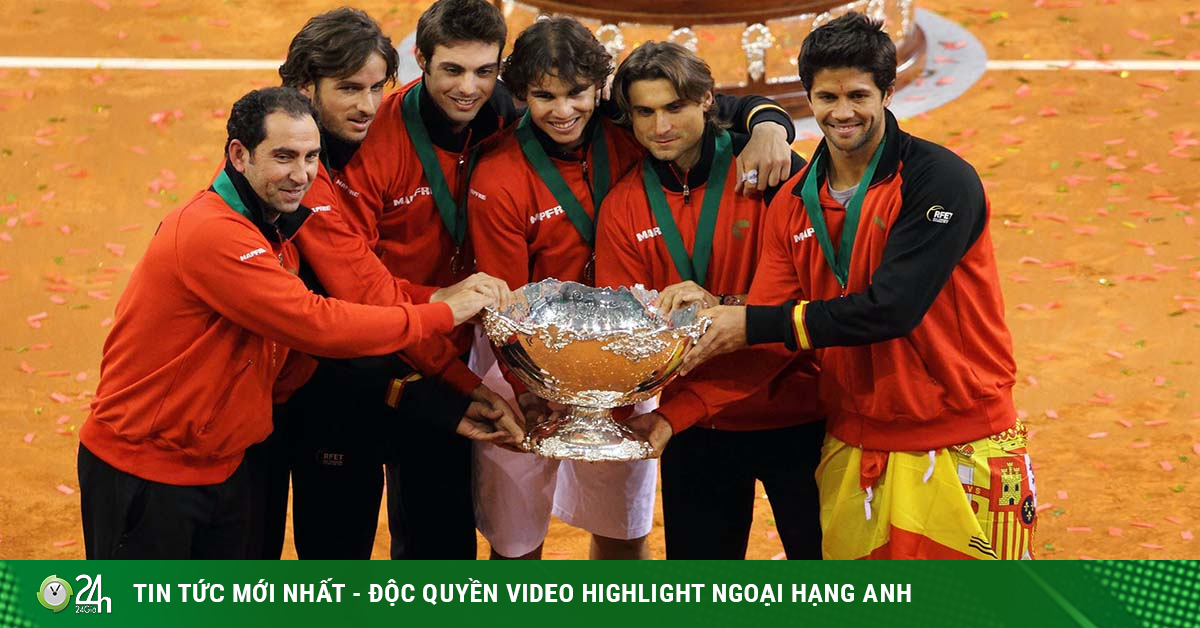 (Sports News – Tennis News) Rafael Nadal has gone on a glorious but equally arduous journey to become one of the greatest tennis players in history. So what is considered an important turning point in Rafa’s career?

Bad luck does not seem to have let go of Rafael Nadal. After a very long time out due to injury, the number 6 player in the world just returned at the Mubadala Championship in Abu Dhabi, was unlucky to have Covid-19.

Nadal is having physical problems

Then, Nadal announced this on his personal Twitter page: “Hello everyone, I have just received a positive result for Covid-19. I know this when I entered Spain from Abu Dhabi. I feel it. a bit uncomfortable but hopefully my body will improve little by little. I went home and informed everyone who came into contact with me.”

At the present time, Rafael Nadal and those who love him only know nostalgia, remembering a glorious career instead of the gloomy reality. When talking about Nadal, fans immediately put this Spaniard in relation to Roger Federer. The two have pushed each other for decades, becoming the driving force to reach rare heights of fame in tennis.

But the most important victory in Rafael Nadal’s career, in his own opinion, was not the times he defeated Roger Federer. Instead, the 2004 Davis Cup final against Andy Roddick was the key to opening a glorious chapter of Rafa’s career, and also the moment he remembers and is most proud of.

In 2002, Rafael Nadal ranked 200 on the ATP rankings. By the end of 2003, the young Spaniard jumped straight to 49th in the world, up to 151 places. This was probably one of the most magical leaps in tennis history at the time.

With that premise, Nadal has had an impressive 2004. At the end of 2004, Rafa with Spain made a bold mark in the Davis Cup and reached the final, with the opponent the US team at that time standing with the world No. 1 Andy Roddick.

The 2004 Davis Cup Final took place within 3 days from Friday (December 3) to Sunday (December 5). Right on the first day, the tennis world witnessed a great shock when the 18-year-old Rafael Nadal defeated the veteran American player of the world with a score of 3-1. The specific scores of the sets are 6-7, 6-2, 7-6, 6-2.

The competition lasted for nearly 4 hours and really satisfied more than 27,000 spectators present in Seville. Both Andy Roddick and Rafael Nadal played a truly dedicated, sometimes breathtaking match, especially since the end of the first set. Two tennis players fight each other for every point.

Nadal contributes to the championship of Spain team

This victory opened the historic record of winning the 2004 Davis Cup of Spain, the second time the tennis team from the country of bullfighting was crowned in just 5 years. As for Nadal, at the tournament that year he set a record as the youngest player in history to win this championship, breaking the old record set by Pat Cash (Australian) in 1983, 18 years and 155 days.

For Nadal personally, the victory over the world No. 1 tennis player and bringing glory back to the country is an unforgettable milestone. It has added confidence and became the motivation for an 18-year-old tennis player in the toddler steps of his career. Then today, we know a great Rafal Nadal on the tennis court, who owns 20 Grand Slam titles and possibly more.

(Sports news, tennis news) Djokovic is the one who has the biggest advantage in the Grand Slam race, but Mbappe doesn’t care, asking…