Nadal will turn 35 in June. At his age, the Spaniard said it was essential for him to combine his life inside and out of the field to stay motivated and bring equal intensity to training every day. after nearly 20 years of professional play.

Nadal and Djokovic are racing the Grand Slam very fiercely

In addition, Nadal admitted that he will not be able to play tennis for another 10 years and that his retirement will have to come at some point in the future. Former No. 1 in the world shared: “I like to enjoy life. I am so proud that I’ve been a professional tennis player for many years while always finding the time to enjoy things off the pitch.

I am 34 years old and I have to find time to relax. I won’t be able to play until the age of 45, although I always try to do my best and prolong my career. There will come a day when I will retire, but I’m happy with what I’m doing right now. I am enjoying my tennis life and would love to extend it for a few more years.

Currently, Nadal and Federer are two players holding the record 20 times Grand Slam championship, Djokovic chase right behind with 2 less titles. After winning the 2021 Australian Open earlier this year, the Serbian player did not hesitate to declare that he would focus on the Grand Slam tournaments to overtake the two men.

Talking about the Grand Slam race, Nadal said: “I am still passionate and want to win more Grand Slam titles, but I am not as obsessed with it as Novak Djokovic. Don’t get me wrong, it’s nothing negative, and those things mean a lot to him. Novak is always focused on records. I respect that, but my approach is different. I am ambitious too, but perhaps in a different way from Novak.

At the Monte Carlo ending not too long ago, both Nadal and Djokovic disappoint the fans. Djokovic lost to Daniel Evans in the third round after just two sets, while Nadal stopped ahead of Andrey Rublev in the quarterfinals. However, experts believe that both players are contemplating a fall in form to prepare for Roland Garros, the second Grand Slam of the year to kick off in May. 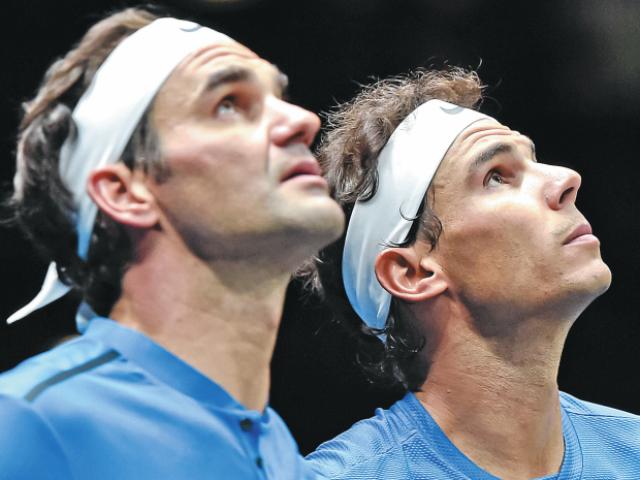 (Sports news, tennis news) Federer was surpassed by the young Russian star, Nadal was disappointed when he could not take the second place.