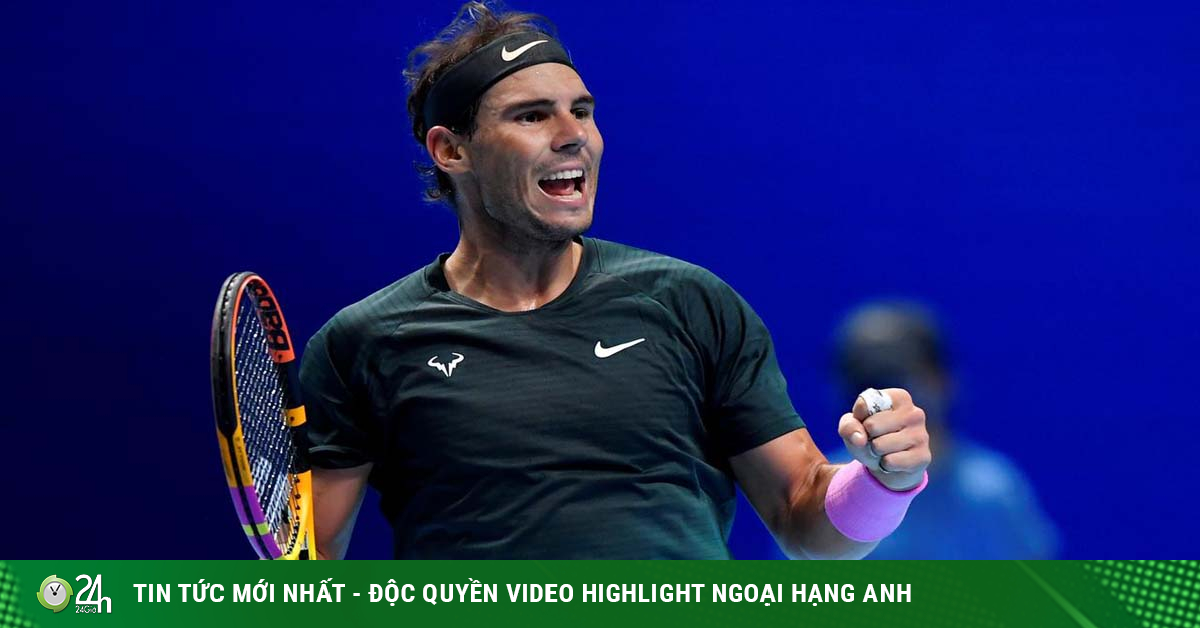 (Sports news – Tennis news) Rafael Nadal aims to bring down Novak Djokovic in 2021. And that is the motivation for the Spaniard to attend the ATP 500 Rotterdam and the next tennis events.

Video Nadal lost to Murray in the 2009 Rotterdam final:

Tennis World quoted from the organizers of the Rotterdam tournament announced, Rafael Nadal will be present at the ATP 500 tournament scheduled to take place in March. The last time “clay king” attended this tournament was since 2009, when he reached the final and lost to Andy Murray.

Nadal confirmed he will attend the ATP 500 Rotterdam 2021

Besides “Bull”, some famous players also confirmed to attend including Daniil Medvedev, Andrey Rublev, Gael Monfils, Roberto Bautista Agut, Stan Wawrinka, David Goffin, Jannik Sinner. Therefore, although this is just the ATP 500, it promises to be very attractive and competitive.

In fact, Rafa had planned to attend the ATP 500 Rotterdam in 2017. However, before the tournament, due to exhaustion after the Australian Open, the Spaniard had to quit the tournament. Therefore, this will be the first time in 12 years that Nadal will return to the tournament in the Netherlands.

Nadal said of his plan: “I can’t wait to go back to the Netherlands. It’s been so long since I last played in Rotterdam. Right now, the tournament is very different. Fortunately, the tournament fits into the schedule. I look forward to seeing Dutch fans again. “

2021 is an ambitious year for Rafael Nadal. He decided to surpass Novak Djokovic with rivals such as Dominic Thiem, Daniil Medvedev, Alexander Zverev … to conquer Grand Slam in Australia, thereby officially surpassing Roger Federer to become the owner of the collection. The most massive Grand Slam episode.

Not only that, Nadal also wants to oust Djokovic from the world’s No. 1 position. If winning in Rotterdam, Rafa’s score will be added 500 points, thereby shortening the gap with “Nole”. Currently, Djokovic is leading the ranking with 12,030 points, Nadal is second with 9,850 points.

However, the ability of Nadal to attend this tournament still depends on the Australian Open (scheduled to take place in February). Because if the exhaustion or injury happened in 2017, it is likely that Nadal will recalculate his game plans. (Sports news, tennis news) Nadal has just hit 800 consecutive weeks in the top 10 on the ATP chart. This is a “moneyless …” record