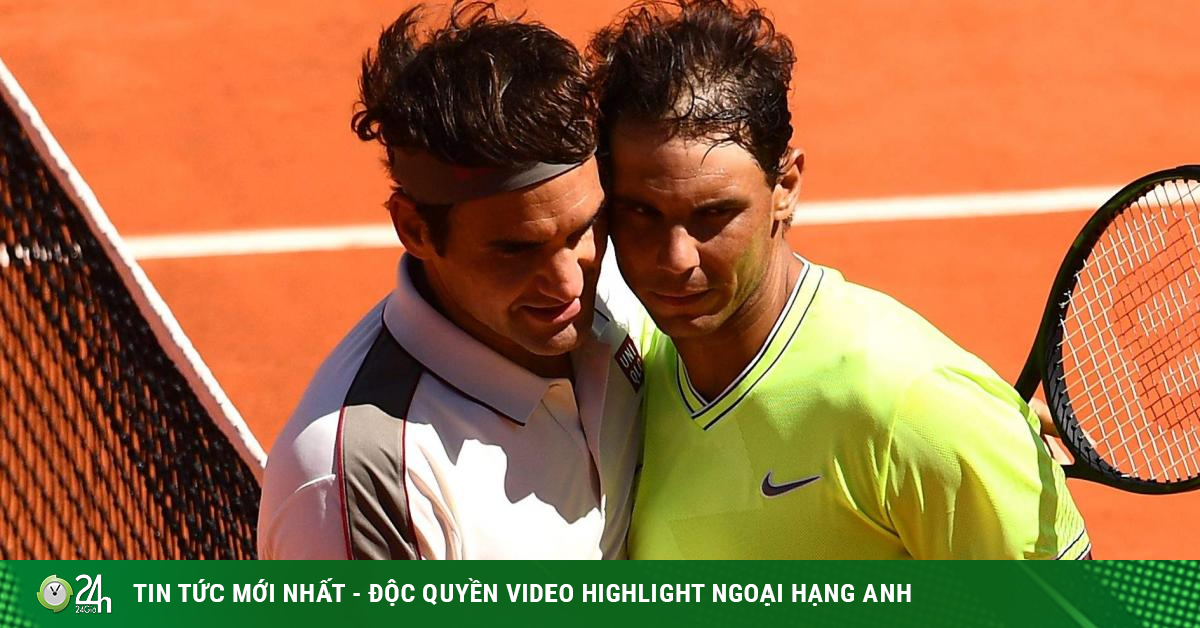 The question of who is the greatest player in tennis history (abbreviated in English as GOAT) is always the subject of a lot of ink and it still has no valid answer.

If he brought the number of Grand Slam titles to count, Federer was number 1 before, but now Nadal has also won 20 Grand Slam, equal to the Swiss opponent, so determining who is GOAT is still a question easy to answer.

Insiders (Federer, Nadal, Djokovic) never mentioned this issue themselves, they don’t want to talk about GOAT. However, their efforts to play and win major titles show that they have a great desire to become the number 1 player in history. Surprisingly, in his latest speech, Nadal acknowledged Federer’s talent.

“Roger Federer is one of the greatest men in sports history. He’s my big rival, this has benefited both of us and for tennis,” said Nadal. in an interview with Corriere Della Sera.

“At some point, we are the same: we need privacy, we want to be with our family. That’s the difference between us and other competitors,” Nadal said of the commonality of both hands. racket.

“He’s Swiss, I’m Latin. We have different personalities, cultures, and lifestyles,” “Gaur” said of the difference.

The knowledgeable always asserted that their relationship changed when Federer visited Nadal’s academy in Mallorca, but here’s Nadal’s answer: “It’s not like that, we’ve always had a good relationship, otherwise he would never come to my academy ”.

Federer is heading to the 2021 season, declaring that it is not the time to retire

Federer has not played since January 2020 due to injury. Currently the 39-year-old player has returned to training, preparing for the 2021 season. Although he is about to turn 40, however, the Swiss player is determined to play with the desire to win more big and small titles. Federer is coming back and has no intention of retiring

“I definitely won’t retire now,” Federer told Tennishead. I practiced last week, I will be playing in January 2021. I’m still working hard to come back, I want to play, I want to play with the legends of this sport, with the best.

“I’m feeling very little playing time. I’m doing well, it’s a long process, not every day, but every week.” Federer at age 39 has not yet retired but he can feel the time for the competition. Your fight is not much.

“I enjoy life in Switzerland, the last time I stayed at home in over six weeks was when I was 16 years old. This time it was comfortable, not only for me, but also for my kids. Sometimes I can lose sleep because I go to bed late, but it is not stressful because there is no match the next day, “Federer said of the time he spent recovering as well as staying home against Covid-19.