The Australian Open has always been a challenging tournament for Rafael Nadal.

When Nadal called the doctors and took two pills, pointing to his stomach with a painful expression, Nadal’s bitter memories of Melbourne came back.

Nadal had to drop out of the 2006 and 2013 Australian Open due to injury, once dropped out in the middle of a 2010 match (quarter-final against Murray) also due to injury, and also lost four finals at Rod Laver. 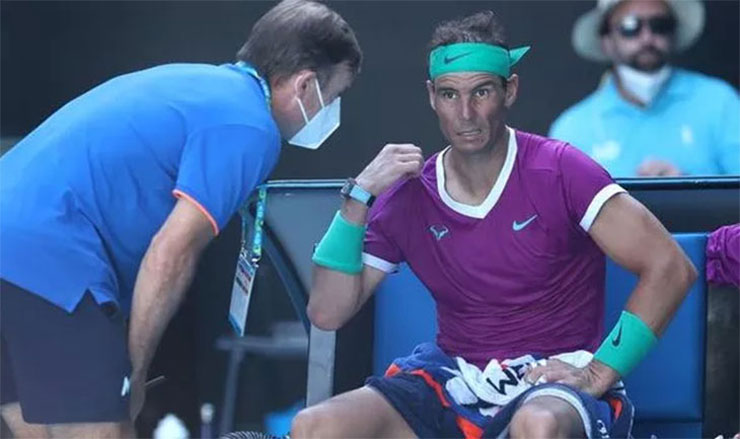 Nadal was hurt in the match against Shapovalov in the quarterfinals

Talking about the great losers in Australian Open history, Nadal only feels more comforted than Andy Murray with the “achievement” of 5 finals losing all 5.

Nadal lost quickly in both sets 3 and 4, then stepped into the dressing tunnel, leaving many questions behind.

Is it an abdominal muscle injury like it happened 12 years ago, going from 9mm to 26mm, and reoccurring a few times? Will Nadal return in time to prevent the 2019 disaster from recurring (losing to Tsitsipas after leading the first 2 sets)?

Nadal returned in the fifth set and won with one of the biggest causes: The opponent lost on their own.

Shapovalov hit himself 13 times in the fifth set, the second most in the entire match. Shapovalov “chooses” the most important points of the deciding set to make mistakes, when to break the game and when facing the end of the match.

A Nadal through the quarter-finals like that is not very optimistic. The Spaniard lost a total of 3 sets on his way to the semi-finals. In 2019 Nadal won all to enter the final before losing 0-3 to Djokovic (the first time in his career to lose all 3 sets in the final).

But, Nadal’s tennis is about enduring, is somehow finding a way out from the obstacles of circumstances.

On December 31, 2021, Nadal arrived in Melbourne to enter the Melbourne Summerset tournament to prepare for the Australian Open with only one day of practice.

On December 20, Nadal announced that he was positive for Covid-19 after returning from Dubai to Mallorca. Nadal is isolated at home for 10 days with typical symptoms of a person infected with the virus (Nadal has a history of frequent infectious diseases).

On December 29, Nadal received a negative test result, picked up the phone and called his son Toni Nadal to make an appointment the next morning to go to the training ground.

On December 30, there was the only practice session since Nadal lost to Shapovalov himself in the third place match of the tournament at Mubadala in Dubai on December 18.

On January 6, 2022, Nadal played the first official match within the framework of ATP Tour tournaments after nearly 10 months of convalescence.

On January 9, after 2 wins, Nadal was present in the ATP 250 Melbourne final, he defeated Maxime Cressy (the player who later became a phenomenon with his serve to the net at AO) after 2 sets to win the title. 89th championship in his career. 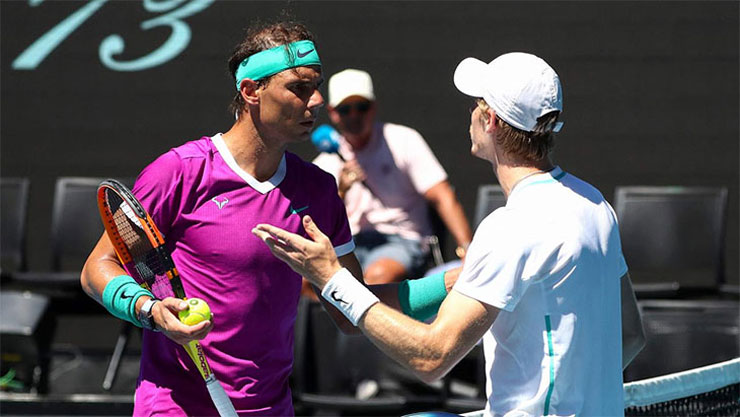 Nadal had to work very hard to win against Shapovalov

Toni Nadal, writing for the Spanish newspaper El Pais, said his nephew had not wasted even a minute of his efforts to qualify for the Australian Open 2022.

Nadal further revealed just two months ago that he couldn’t even practice for more than 30 minutes because of a foot injury, which started at a very young age and “never can fully heal”. That’s why Nike 20 years ago designed the sole with unprecedented thickness to limit foot damage.

This preparation process is completely different from the peak, when Nadal usually has a full month to prepare for the season, including physical strength, as well as tactical adjustments.

This time Nadal sought to adjust and adapt during the competition. Nadal, who served 1, which was already lacking in power, and now reduced, had to find a way to make it difficult for the opponent to guess the direction of the serve.

Nadal plays against each opponent in a different way, to neutralize their power.

Nadal played with Giron and Hanfmann in the first 2 rounds with nothing too special tennis, trying to promote the ability to serve 2 more transform when unable to impose the match with the 1st ball.

Nadal played against Khachanov with a stronger, dominant tennis from the start, then settled the fourth set by paying close attention to the accuracy of the shot so that the opponent could damage himself.

Nadal met Shapovalov again in three weeks, playing near-perfect tennis for the first two sets and most of the third. In the fifth set again looking to pick points to prevent a disaster from coming back after a comeback. led the first 2 sets for the third time in his career (losing to Tsitsipas at AO 2019 and Fognini at US Open 2015).

Carlos Moya’s coach said that after the quarterfinals Nadal lost 4 kg, while in the previous matches he only lost about 2 kg. And hope for a recovery in the nearly 3 days between the two matches to face a potential opponent. 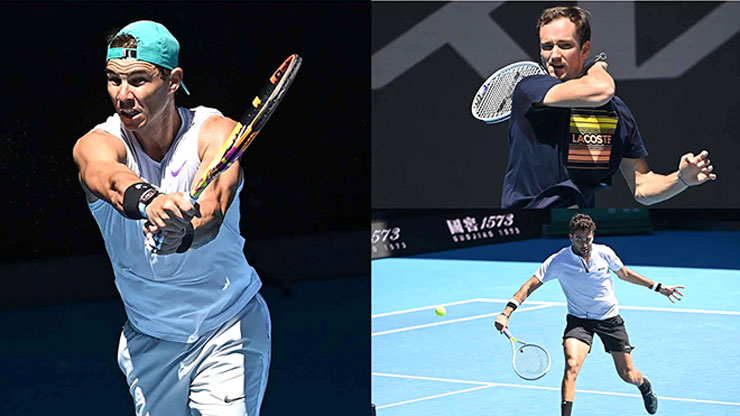 Ahead of Nadal are formidable young opponents: Berrettini in the semi-finals and possibly Medvedev in the final.

Nadal and the serving machine Berrettini

Nadal is the third Spaniard in this tournament to face Berretini. Alcaraz, the future of Spanish tennis has failed after 5 sets. Careno Busta, a mid-range face and halfway through his career, couldn’t win a set.

Both of Nadal’s “juniors” could not stand the superior serves of Berrettni, who is 1m96 tall, ranked 6th in the tournament in terms of service speed (220kmh), 1 serve ratio and All scores are in the top.

Another strong point of Berrettini is the forehand with the weight and the advantage of youth (25 and 35 years old).

Berrettini once lost to Nadal after 3 sets in the semi-finals of the US Open 2019, the tournament that “Gaurs” then won the championship (winning Medvedev in the final).

Whether it is possible to repeat it again, Nadal fans think about this, but it is unlikely that Nadal has and will let it dominate psychology.

Although Federer and Djokovic are not in Melbourne this year, the 21 Grand Slam record doesn’t seem to have been talked about much until now.

Success or failure with Nadal now is as fragile as a thread! 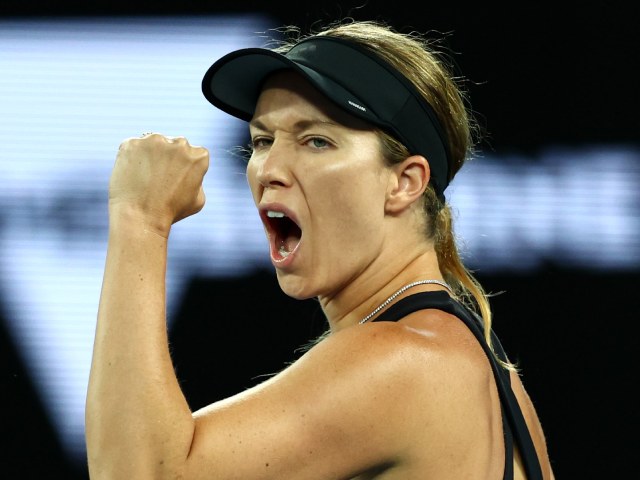