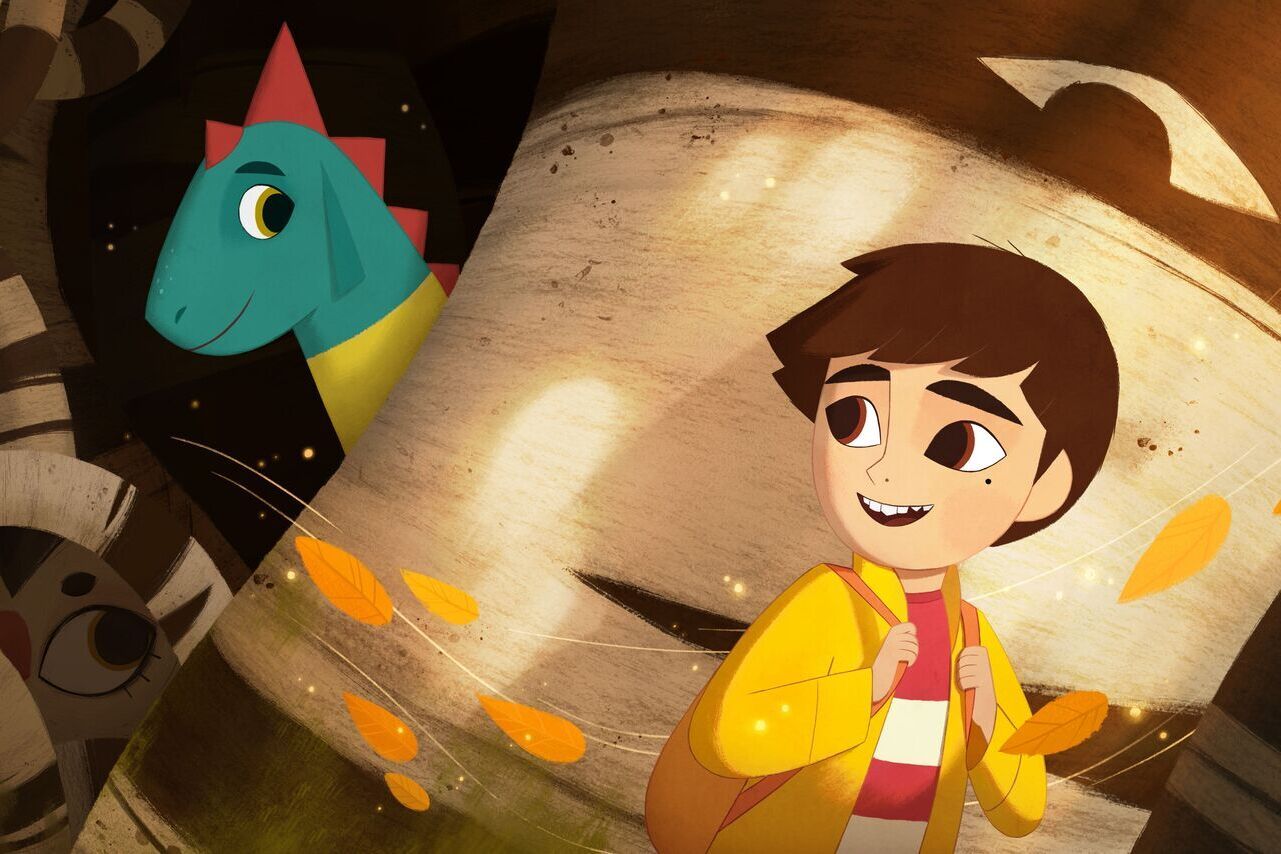 The Irish studios of Cartoon Saloon have established themselves for a little over ten years as one of the jewels of European animation. With My Father’s Dragonthey continue to dig a fertile furrow that has yielded wonders such as The Song of the Sea(2014), Parvana(2018) and The Wolf People(2021).

So many initiatory stories addressing strong and sensitive subjects, from the relationship to nature to the work of mourning, while celebrating the power of art and words against violence. My Father’s Dragon takes up most of these themes, with the same visual virtuosity but a little less clarity in the subject.

It all starts in the warm, buzzing grocery store of Dela and her son Elmer. Agile and skilful, the young boy helps his mother a lot in finding the most difficult can to find in the depths of the store. But the business is in decline, forcing the small family to leave for the city.

The warm ocher colors of the countryside give way to the cold blue hues of the big city where the mother and child settle. When the money runs out, relations become strained and Elmer runs away to find something to open another shop. Taking a fantastical turn, the story takes Elmer to an island populated by wild animals who have chained a dragon in order to save this piece of land from the shipwreck that awaits it. The young boy will have to save the creature, less fierce and reckless than expected…

Adapted from a successful children’s book by Ruth Stiles Gannett, this old-fashioned cartoon shines more for its colorful and abundant sets and its lively and fluid animation than for its wobbly and lame script.

Nora Twomey’s message gets through all the same, the filmmaker having put a lot of herself into this film, she who, on the death of her father, left high school to work in the factory, where she told herself stories to pass the time. The lesson of courage given by Elmer to his dragon and to the adults to help them accept and face his fears is immediately clearer.