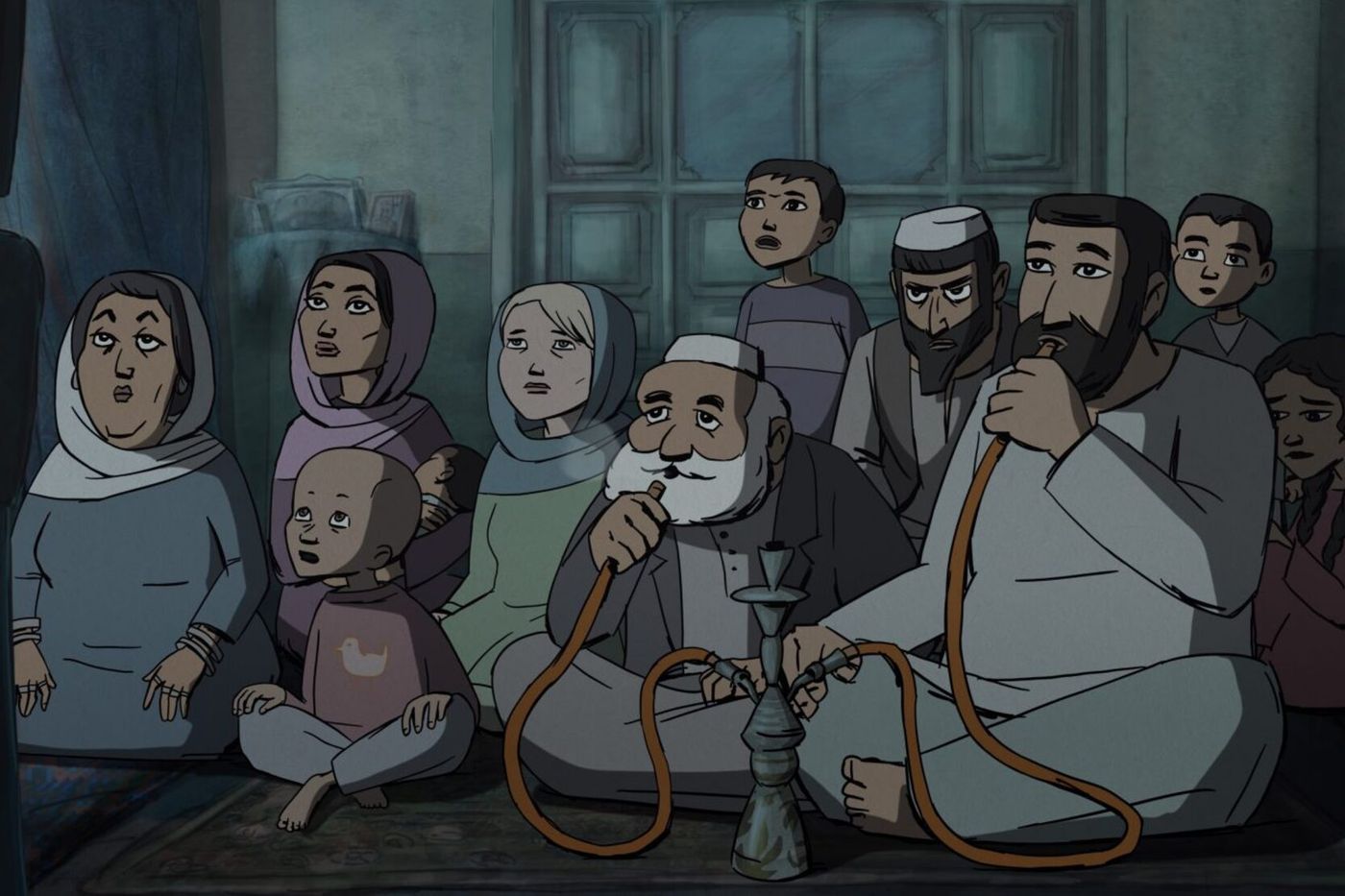 Recent animated films are definitely in tune with international news. A week after My Favorite Waran animated documentary on the weight of Soviet propaganda in Latvia in the 1970s which echoed the lies of the current Russian regime, here is a fiction on the fate of women in Afghanistan.

Adapted from a novel, Freshta by Petra Prochazkova (2009, not translated into French), a distinguished Czech journalist who drew inspiration from her experience as a war correspondent, the film tells an unusual story.

At the beginning of the 2000s, Herra, a young Czech woman, is bored in her little life as an economics student. Nothing finds favor in her eyes and especially not her classmates, whom she considers ugly and egocentric. When Nazir, a handsome Afghan with a gentle gaze, appears, it’s love at first sight. She agrees to follow him to his country where the Taliban have just been driven out by the international coalition, after the attacks of September 11, 2001.

“Woman is immortal through her children”

The Taliban are gone, but the fate of Afghan women is not improving overnight. Traditions die hard in Nazir’s family. Herra observes from the inside how they weigh on her sister-in-law, subjected to an abusive husband, and her young niece, whom her father wants to marry by force to a man older than her…

Bound to her husband by an unfailing love, Herra is of course shocked, but tries to understand each other, without rebelling. It is the great merit of this film, all in nuances, to seek to go beyond the obvious observation of crushing male domination. Nazir turns out to be more possessive than expected, but also capable of defying certain taboos to protect his wife.

The patriarch of the family, despite the respect he has for traditions, is also very wise. To Maad, adopted child of Herra and Nazir who cannot conceive, the old man explains that, according to Allah, women are superior to men. “Adam came first, but there was a lot to work on. The woman is immortal through her children. But the man protects her so she must respect him and make her stay on Earth as pleasant as possible. We are just passing through. »

This scene, like other more dreamlike ones, where Herra gives her niece a glimpse of the freedom enjoyed by women in the West, brings a pretty tenderness and beautiful colors to this film whose artistic direction is as dull as the animation is sketchy. . However, it is difficult to understand the reasons that lock the young woman into the archaic traditions of Afghanistan. A country which she understands will never really be hers.

There is indeed Maad, this skinny but mischievous orphan, who dreams of fulfilling the infertile couple’s desire for a child. But this touching and endearing character, who nevertheless gives his name to the film in its English title, My Sunny Maad (“My luminous Maad”), is relegated to the background.

Despite these flaws, the subject of the film remains interesting and allows us to better understand the distress in which the women of Afghanistan are currently, since the return of the Taliban in 2021. At the end of last month, they decided to ban young girls access to school from secondary school…