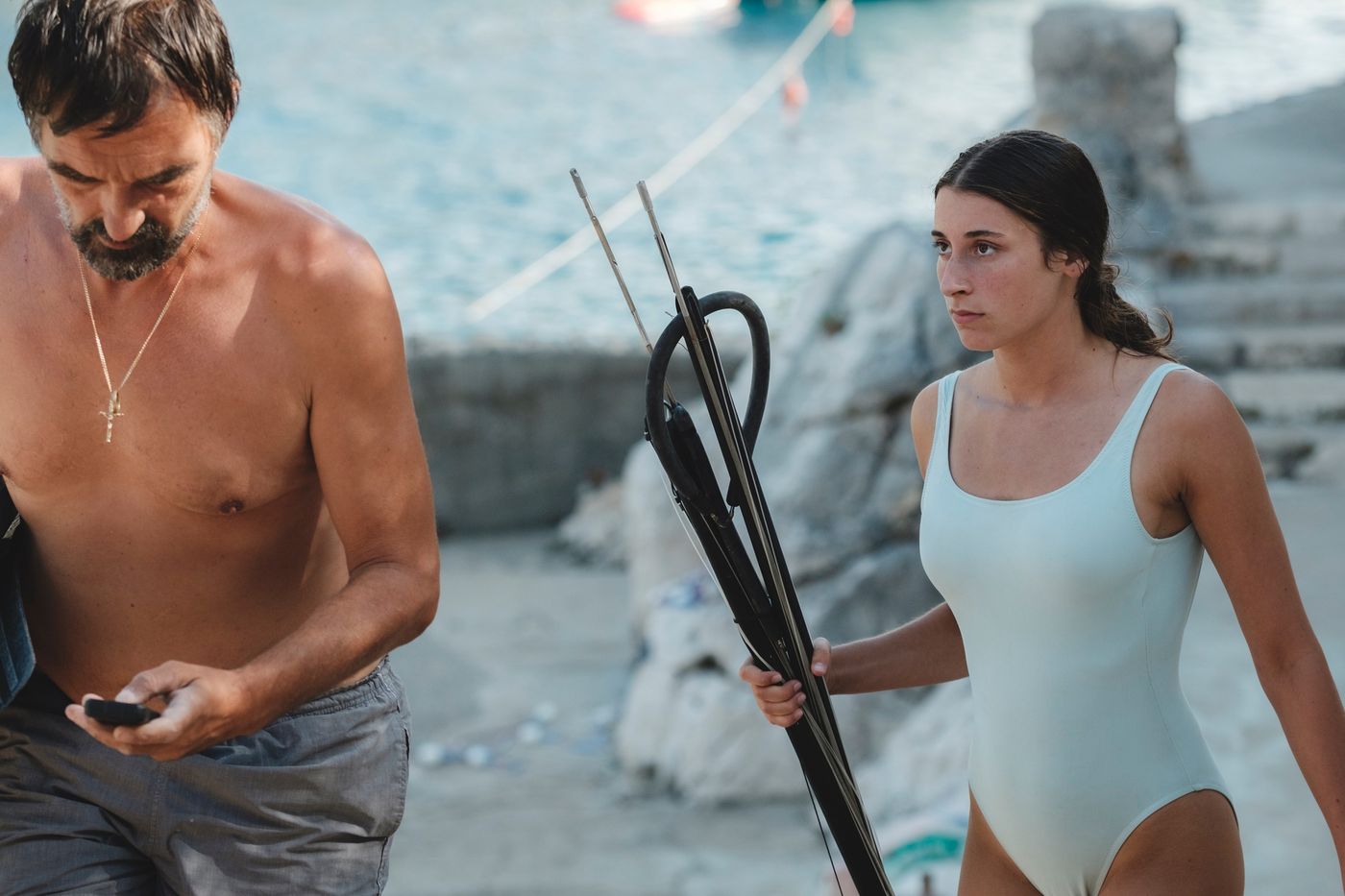 Julija lives in paradise. An island in the Adriatic Sea as arid as it is sunny where she grew up between an authoritarian father, with whom she fishes with a spear, and a mother full of frustrations. Of the outside world, the girl knows nothing or very little. Only what she perceives through the foreign tourists who come to anchor with their boats in front of her house.

She observes them like an entomologist, without desire or envy, but with a curious naivety. Until the arrival of Javier, a childhood friend of his parents who became a millionaire, drawn there by the prospect of profits to be made from these still wild coasts.

Islands as enchanting as they are disturbing

The intrusion of this foreign element, with his yacht, his elegant and cultivated friends, his apparent relaxation will act as a detonator and shatter the order established by a father and husband, tyrannical and violent. By giving a glimpse of another possible life, Javier will push Julija to free herself from her shackles. On a relatively classic motif, Antoneta Alamat Kusijanovic, a Croatian director based in New York, constructs a brilliantly conducted story of female emancipation that has everything from a tale to a mythological story.

Dressed in only her bathing suit, Julija is like the mermaid stranded on dry land. With her disarming smile and her youthful freshness, the young girl exudes a sensuality of which she is barely aware and finds herself trapped in a game of seduction that will reawaken old male rivalries. Danger lurks on these enchanting and disturbing islands, and diving into the rocky depths of its crystal clear waters heightens the feeling of oppression that emanates from them. Like the moray eel, Julija will sneak into its crevices in order to escape her destiny.